New York – “Ken Price Sculpture: A Retrospective” at The Metropolitan Museum of Art Through September 22nd, 2013 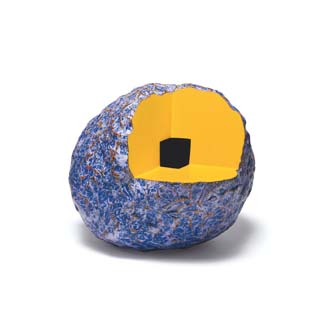 Ken Price Sculpture: A Retrospective, currently on view at the Met, marks the first major exhibition of work the late Ken Price in New York. Throughout his career, the Los Angeles-based Price, who passed away last year at the age of 77, challenged the traditional limitations of clay as a sculpting medium, rejecting the narrow-mindedness that often pigeonholed the medium as a lesser form.  Through his whimsical, elaborate forms, Price returned emphasis to clay, answering its detractors with a resoundingly intriguing body of work. 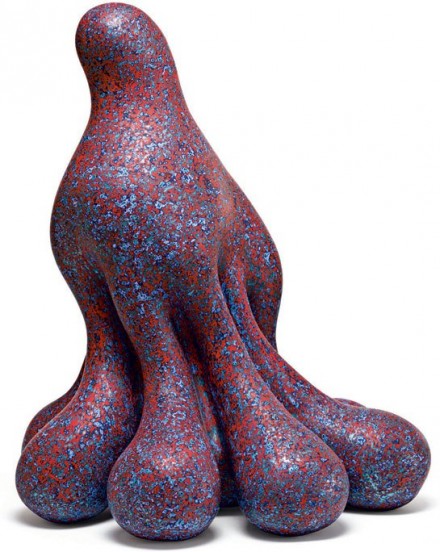 The exhibition consists of  62 sculptures, from 1959 to 2012, in reverse chronological order, as well as 11 late works on paper.  The design of the exhibition, undertaken by friend and admirer Frank Gehry, aims to  trace the development of the artist, while placing his work in the broader context of modern sculpture. Gehry planned the show in collaboration with the artist shortly before his death on February 22nd. 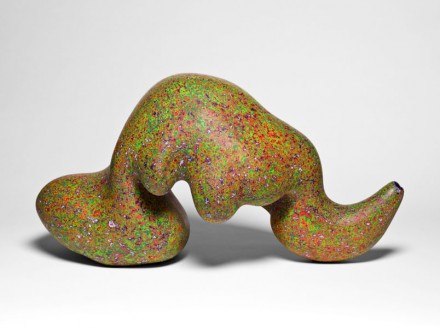 Each piece is on an intimate scale, placing them on a relatable level, despite their degrees of abstraction. In his work, Price explored the relationship between edges and curves, and some of his pieces, such as Baby Blue (1990), are purely comprised of solid, vibrant colors and straight edges. The effect is more formal and industrial, and these sculptures draw parallels to early Russian Constructivism. Meanwhile others, like Balls Congo (2003), are bulbous forms with highly detailed painted surfaces. The combination of the curved surfaces and paint marks give the sculptures rhythm, movement and direction, phenomenons that are only emphasized by the interplay of light and the curves, often reminiscent of natural textures and forms, from fossils and coral to the surface of water. The exhibition has also selected several pieces that explore Price’s diverse techniques in the same sculpture, like Pastel (1995), which is considered to be a highlight of the show. The sculpture has a green-speckled glaze and a tumorous surface with a vibrant red cutaway revealing its hallow center. 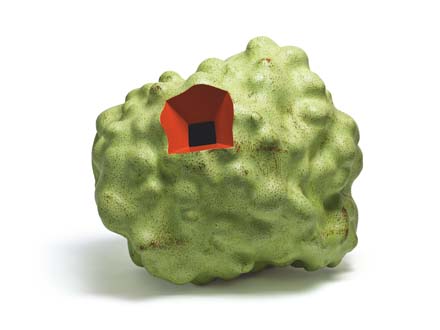 With the distinctly architectural nature of the works, it is unsurprising that Frank Gehry, the architect behind the Guggenheim Museum Bilbao, among numerous other well-recognized and innovative buildings, was so greatly influenced by Ken Price. Moreover, various other architects have cited Price as an inspiration, including Zaha Hadid and Peter Cook. 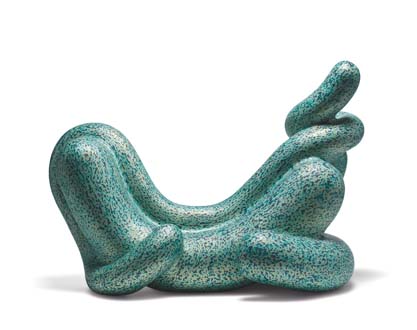 Welcoming a new perspective on the sculptural innovator’s 50 years of practice, Ken Price Sculpture: A  Retrospective is on view through September 22nd. 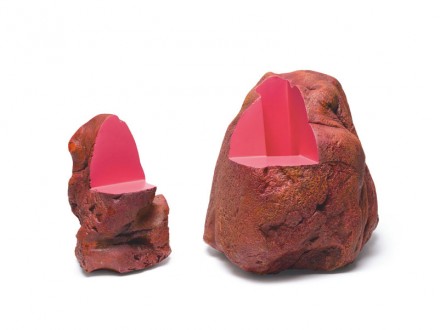 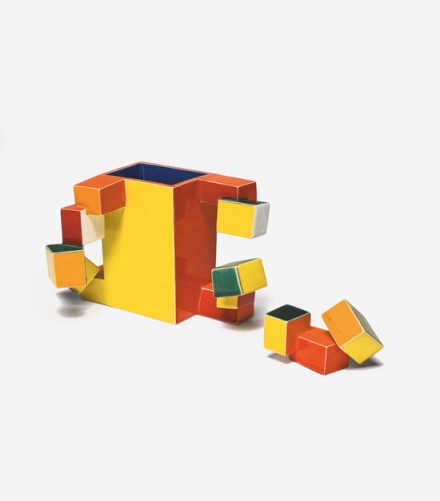 This entry was posted on Sunday, August 4th, 2013 at 11:15 am and is filed under Art News. You can follow any responses to this entry through the RSS 2.0 feed. You can leave a response, or trackback from your own site.