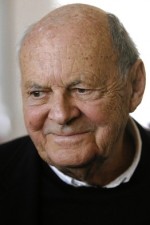 From Cy Twombly to Robert Rauschenberg, artist foundations have been seeing a high number of internal turmoil, as trustees and advisors lob claims of unpaid compensation, outlandish salaries, and nepotism that place the foundations’ ostensibly noble missions into question.  “The private foundation world is a wild, wild west,” said Trent Stamp, founding president of Charity Navigator, which evaluates nonprofits. “There’s an opportunity for great abuse.”Read more at Bloomberg

This entry was posted on Monday, September 9th, 2013 at 9:14 pm and is filed under Art News. You can follow any responses to this entry through the RSS 2.0 feed. You can leave a response, or trackback from your own site.