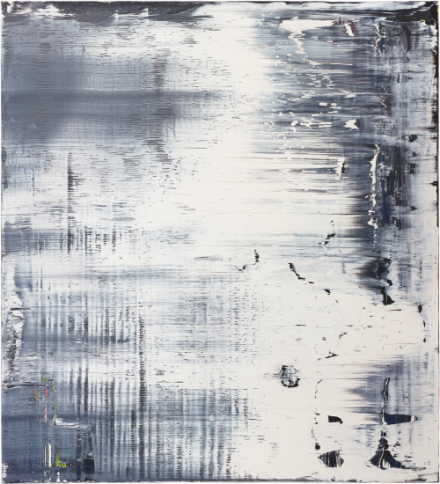 Frieze London opened its doors to VIP’s and the press today, beginning another hectic week of exhibitions, sales and, as is to be expected, major auctions from Phillips, Sotheby’s and Christie’s.  Beginning tonight, the three auction houses will look to capitalize on the atmosphere of frenzied competition that so often marks the major art weeks, with each bringing forth a strong collection of works from across the contemporary art landscape. 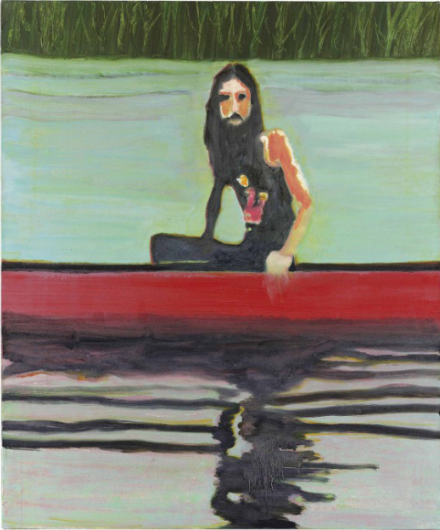 Phillips will begin the auction proceedings tonight at 7PM GMT, with a smaller sale of 38 lots of primarily living and active artists.  While few works exceed the £1 million price mark, a trio of paintings by Christopher Wool, Gerhard Richter and Jean-Michel Basquiat are commanding multi-million pound estimates. 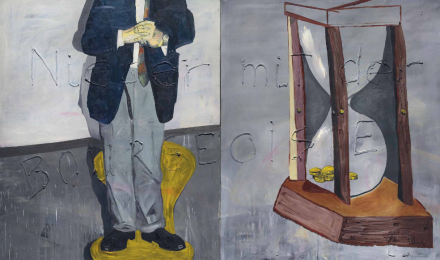 Martin Kippenberger, Down with the Bourgeoisie (1983), via Christie’s

Tomorrow, the week of auctions continues with Sotheby’s Contemporary Evening Sale, a 49-lot affair that sees similarly priced works, with a few additional highlights. Wool, Richter and Basquiat all make their appearances here as well, but the selection of works also includes a three sculpture set by Juan Muñoz, executed in the last year of the artist’s life (est. , and an expansive, repainted space scene by Glenn Brown, estimated to sell for £2 to £3 million.

Christie’s follows the action of the previous two nights on Friday, with the largest auction offering of 55 lots.  Glenn Brown’s monumental science fiction work with Böcklin’s Tomb appearing as the auction’s cover lot, with an anticipated sale price of £2-£3 million.  A classic Martin Kippenberger diptych, Down with the Bourgeoisie, is also for sale, and will look to move past its £900,000 low estimate to break the £1 million mark.  Also available is a striking painting by Mark Tansey, The Raw and the Framed, depicting the problematic relationships of production and consumption in the fine art world.  While the ironies of its sale are hard to ignore, the painting is commanding an impressive estimate of £1.4 to £1.8 million. 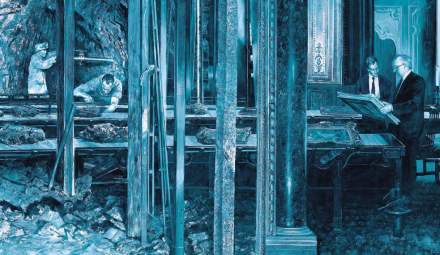 Overall, the number of women at auction this week is an encouraging increase from past seasons.  Last spring’s auctions, despite  high sales records, drew some criticism from the low number of female artists included in the sales.  Here, works by Marlene Dumas, Barbara Kruger and Roni Horn take a prominent position, making up a sizable portion of each sale. 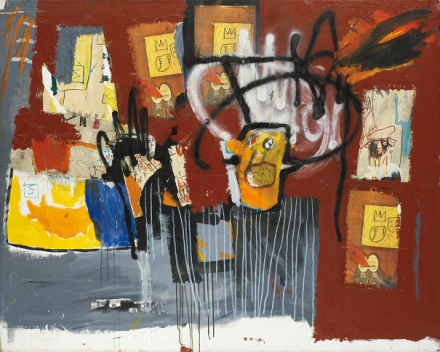 Also of particular note is young artist Oscar Murillo, who, following a series of high-profile shows, favorable press, and an addition to the David Zwirner roster, is being hailed as an artist to watch.  His work appears at all three auction houses, an indication that the time is right for his works at market, and perhaps an indication of things to come.   Painter Yan Pei-Ming also appears at all three auctions, signaling the ever-growing emphasis on Chinese art in the global marketplace.

Glenn Brown, Ornamental Despair (painting For Ian Curtis) Copied From ‘the Stars Like Dust’, 1986 By Chris Foss (1994), via Sotheby’s

With another three day rush of auctions, the fall art season once again launches into full swing, providing an indication of the strength of the market before next month’s flagship sales in New York.  As competition between Christie’s and the currently embattled Sotheby’s heats up, London will provide an intriguing proving ground for the auction houses. 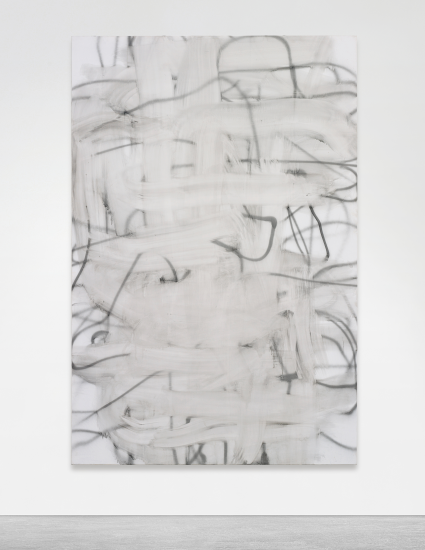 Auctions begin today at 7PM GMT/2PM EST.  Art Observed will have live coverage of the auctions on our Twitter account each day. 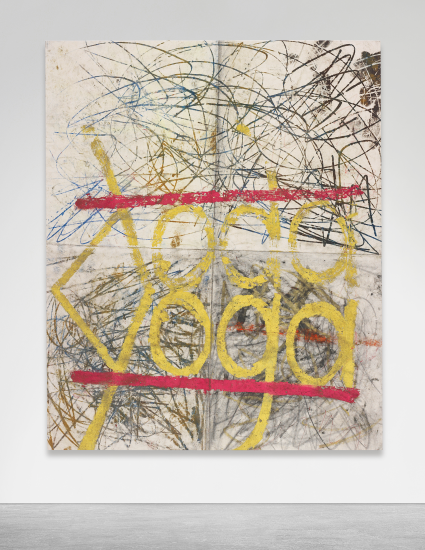 This entry was posted on Wednesday, October 16th, 2013 at 1:46 pm and is filed under Art News. You can follow any responses to this entry through the RSS 2.0 feed. You can leave a response, or trackback from your own site.