Currently on view at Saint Agnes in Berlin, Gallery Johann König presents YOU, a striking selection of new works by Danish-born, Berlin-based artist Jeppe Hein, continuing the artist’s unique exploration into the phenomena of the human visual system, and its role in defining a body in space. 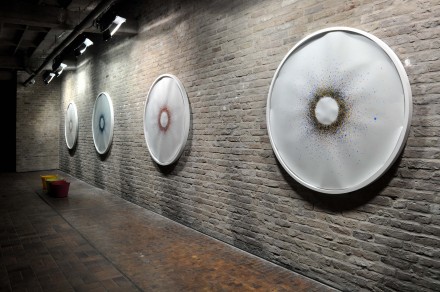 Concerning himself with the perceptual investigations of Maurice Merleau-Ponty, Hein’s work is an investigation into the act of “embodied experience,” expressed not merely through a series of trompe l’oeil  trickeries, but rather in complex optical illusions that force the viewer into a visual and physical relationship with space itself.  Best expressed through his enormous mirrored projects, the body is as much a part of the work as the eye, using its physical presence and the perceptual inputs tied to the brain as a way to subvert an easily codified version of reality.

With that in mind, Hein’s 360° Illusion III is a disorienting, fun-house affair, juxtaposing two mirrors hung in midair to create a shifting, occasionally jarring perceptual experience.  Moving across the planes of reflective glass, Hein’s viewer is flung into bizarre reflections and echoes of reflections.  What’s more, the mirror itself is in motion, revolving around the room to continually readdress the spatial orientation of the room.  Gazing long enough at the work, the viewer finds themselves locked into a certain uncertainty of the actual bounds of the room, struggling to apprehend the physical from the perceived as the two states dissolve into each other. 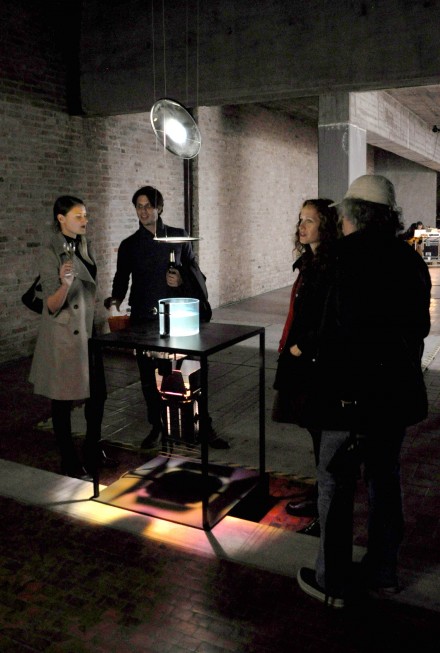 The artist has also chosen a selection of watercolor paintings, created on large discs of white paper.  Using the resonant frequencies of pitching singing bowls, the artist places a new emphasis on the material nature of sound and its frequencies, illustrating how the vibrational capacities of sound waves ultimately charge, affect, and arrange various watercolors in a geometric form.  Underlining the capacity of unseen forces to enact tangible effects on the surrounding environment, Hein’s work once again makes explicit not only the subtle forces of natural phenomena, but the hierarchies so often applied to them by the human mind.

Sharing certain perceptual emphases with artists like Robert Irwin and James Turrell, as well as Italian Giuseppe Penone’s reflective glass surfaces, Hein seems concerned with the act of seeing itself, and how this sensory act ultimately helps to arrange the space before us.  Perhaps more extreme than the aforementioned artists, Hein work becomes a striking entry into the powerful body of phenomenological investigations into art and its observer.

YOU is on view until October 20th. 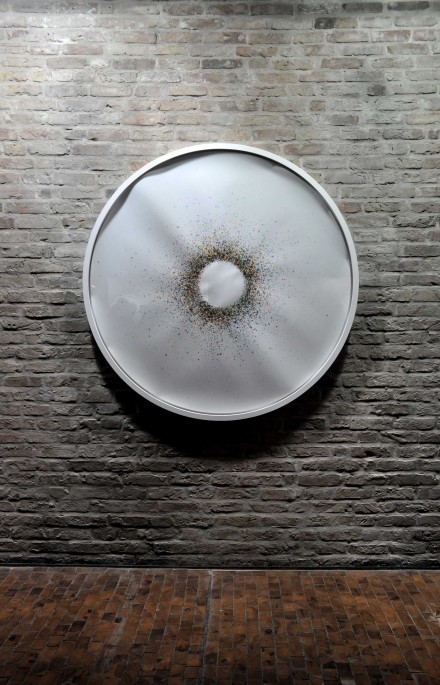 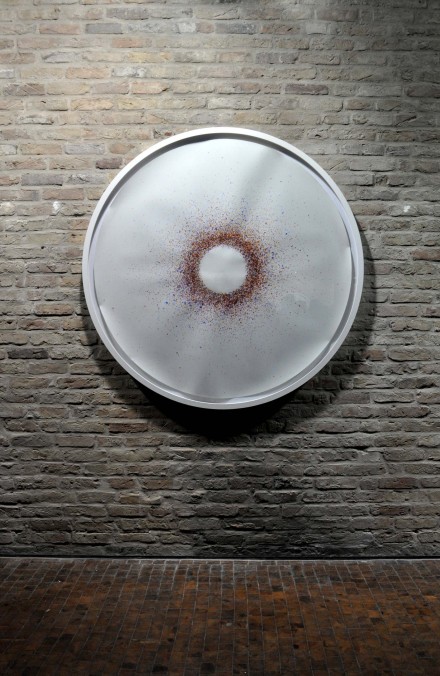 This entry was posted on Thursday, October 17th, 2013 at 11:24 pm and is filed under Art News. You can follow any responses to this entry through the RSS 2.0 feed. You can leave a response, or trackback from your own site.