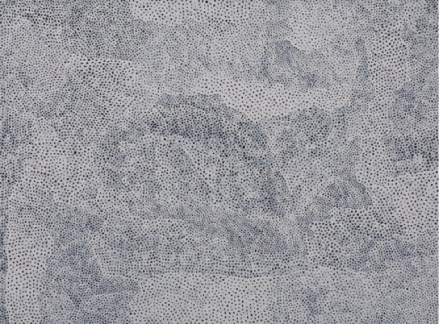 Victoria Miro Gallery is currently opening its new Mayfair gallery with an exhibition of works by Yayoi Kusama‘s newest series of White Infinity Nets, intricate canvases covered almost entirely with white paint over a wash of black and grey. 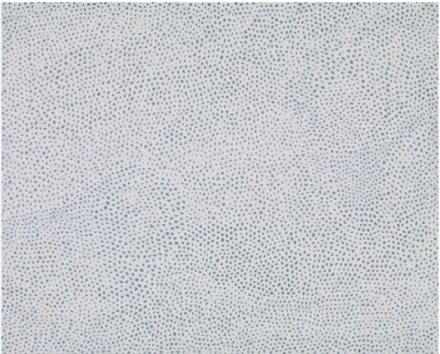 Kusama created her first series of Infinity Nets in the 1950s and 60s, and later produced colored versions of the same theme. Throughout her career, Kusama has returned repeatedly to the concept, which has become a major theme present throughout her body of work. She has even chosen the title Infinity Net as the title for her autobiography, which was published in September by Tate Publishing. 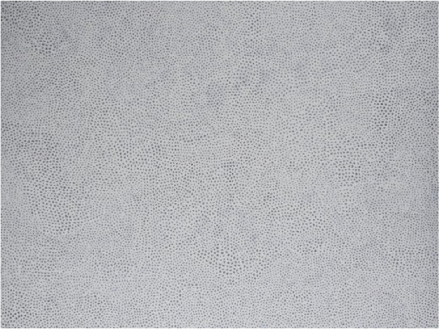 In the 1960s, Kusama made a name for herself in New York, when her close friend Donald Judd showed interest in the Infinity Net works. These pieces reflect her persistent, disciplined character, formality, and incessant dedication to the medium of painting. As Victoria Miro Gallery describes, her “obsessive diligence” is evident within the works, which reveal their own process of creation. Kusama has been said to “compulsively paint nets for hours on end without eating or sleeping…single-minded and relentless.”  Frequently concerned with concepts of eternity and the infinite, Kusama’s continued practice is a continuum itself, a practice with no beginning or end. 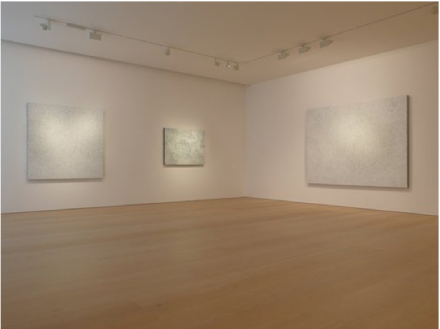 Kusama, who suffers from a psychological illness manifesting in depersonalization (the feeling of being removed from reality), describes the works as expressions of recurring hallucinations she has been experiencing since she was a child, during which “her visual field is obscured by an overlay of net or dots that appear to cover her surroundings.”  As a result, the compulsion to paint them, to relieve herself of the overwhelmingly personal experience of her visions becomes a sort of therapy, bringing other viewers into her visual landscape. 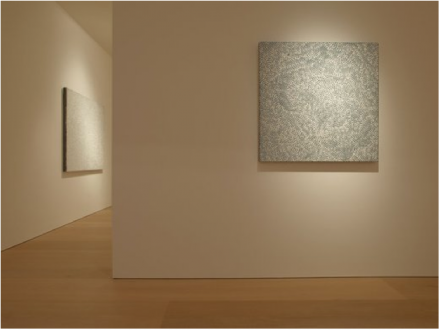 The works are presented in the gallery in a way to mimick the artist’s own experiences, surrounding the viewer entrely with, as Kusama describes them, “dots.” 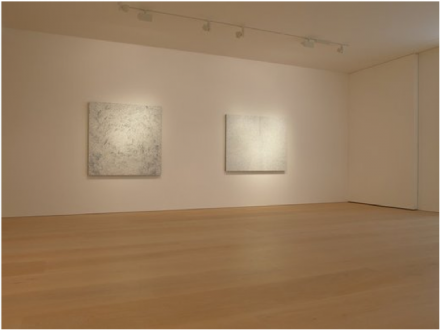 White Infinity Nets will be on view at Victoria Miro Gallery in London through November 16, 2013.

This entry was posted on Sunday, November 10th, 2013 at 11:04 pm and is filed under Art News. You can follow any responses to this entry through the RSS 2.0 feed. You can leave a response, or trackback from your own site.