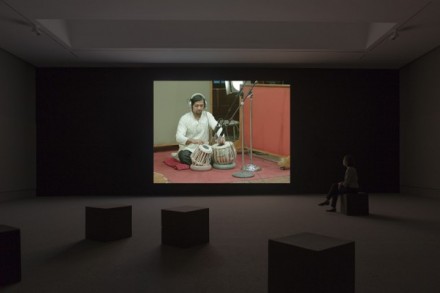 Currently on view at David Zwirmer’s 533 West 19th Street location is the debut of a new film by Stan Douglas entitled Luanda-Kinhshasa, featuring a reconstruction of the famed Columbia 30th Street studio, where some of the most iconic recordings of the twentieth century were originally produced. The film will be on view at the gallery through February 22, 2014. 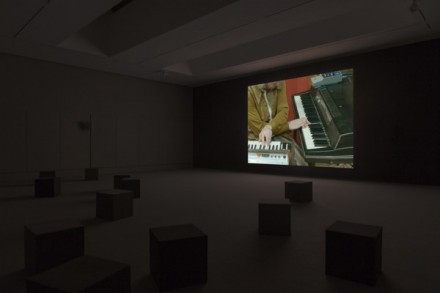 The Columbia 30th Street Studio, also known as CBS 30th Street Studio, was operated by Columbia Records between 1949 to 1981, and was a highly desirable location for recordings of a wide range of musical genres during that time period. From Miles Davis’ Kind of Blue (1959) to Bob Dylan’s Highway 61 Revisited (1965) and Pink Floyd’s The Wall (1979), the studio recorded some of the most famed songs of the 20th century, and the space was generally considered to be the best sounding room in its time, arguably the “greatest recording studio in history.” 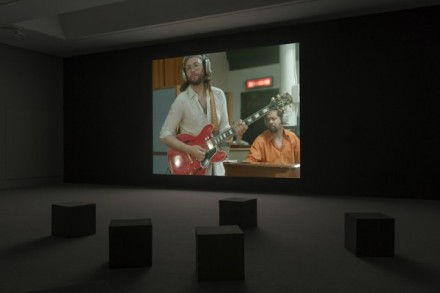 The site of the studio was originally the Adams-Parkhurst Memorial Presbyterian Church, designed by the architect J. Cleaveland Cady and completed in 1875. It went on to be a meeting place for various communities, including a German Lutheran congregation, and Armenian Evangelical Church, and a the radio station WLIB, before being transformed into a recording studio in 1949. The studio boasted 100 foot high ceilings and a 100 foot floorspace for the recording, but the control room on the second floor was only 8 by 14 feet. The combination of a huge recording room and clean sound quality impressed many sound technicians and musicians, causing it to become a revered space, earning the nickname “The Church.”

Glenn Gould’s 1955 debut album Bach: The Goldberg Variations, as well as an overdubbing by Tom Wilson of an electric backing track to the acoustic version of Simon & Garfunkel’s “The Sound of Silence” were also recorded at the studio. Vladimir Horowitz recorded the entirety of his Complete Masterworks at the studio, and Miles Davis recorded almost exclusively in the space. Leonard Bernstein, Johnny Cash, Aretha Franklin, Billie Holiday and Charles Mingus also frequently recorded there. 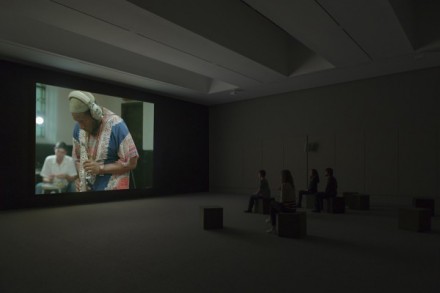 Although the studio was forced to close in 1982, the film by Stan Douglas was filmed on location in a  reconstruction of the studio, “documenting” a fictional recording of a group of professional musicians performing an improvised piece. The work is set in the 1970s, illustrated by the fashion styles, musical equipment, tobacco and drink labels, and even the  newspaper headlines. The film reflects Douglas’ “interest in the origins of the African music scene in New York in the early 1970s,” particularly exemplified by the Afrobeat genre. The film features pianists, saxophonists, trumpeters, drummers, and guitarists, as well as a sound engineer as well as “an entourage of girlfriends, journalists, and record label staff.” 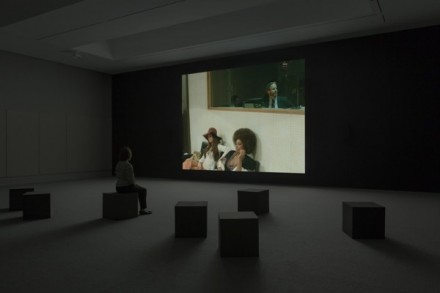 Luanda-Kinshasa was stylistically inspired by the 1968 documentation by Jean-Luc Godard of the Rolling Stones, Sympathy for the Devil, which incorporated nonlinear, unconventional editing, setting the experimental work within a highly recognizable context. 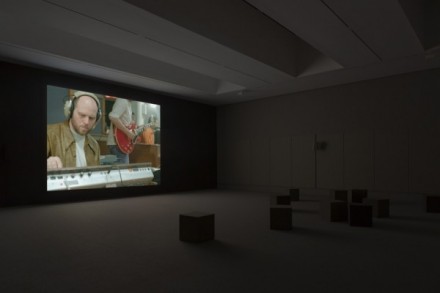 Born in 1960 in Vancouver, Stan Douglas was one of the first artists to be represented by David Zwirmer, and the current exhibition is his 12th solo show at the gallery. In 2012, he was honored with the Infinity Award by the International Center of Photography New York, and in 2013 he received the Scotiabank Photography Award. In the fall of 2014 he will present his work in another solo show at The Fruitmarket Gallery in Edinburgh. His work is included in the collections of the Centre Georges Pompidou, Paris; The Israel Museum, Jerusalem; The Museum of Contemporary Art Chicago; The Museum of Modern Art, New York; the Solomon R. Guggenheim Museum, New York; and the Tate Gallery, London, among others.

This entry was posted on Sunday, January 26th, 2014 at 12:00 am and is filed under Art News. You can follow any responses to this entry through the RSS 2.0 feed. You can leave a response, or trackback from your own site.