Vienna – Georg Baselitz: “Remix” at The Albertina Through February 12th, 2014 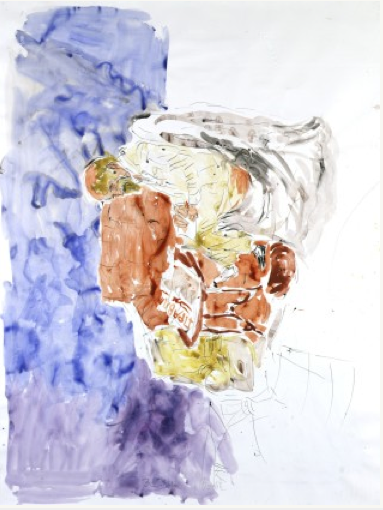 In honor of German-born Georg Baselitz’ 75th birthday, Albertina Gallery, Vienna, Austria, is presenting a cross-section of its broad collection of his work. Baselitz (b. 1938) is of the most easily recognized living modern artists, working as a painter, printmaker, sculptor, and draughtsman. He has had shows at institutions including MoMA, The Guggenheim, The Royal Academy, The Saatchi Gallery, The Gagosian Gallery, and Centre Pompidou. 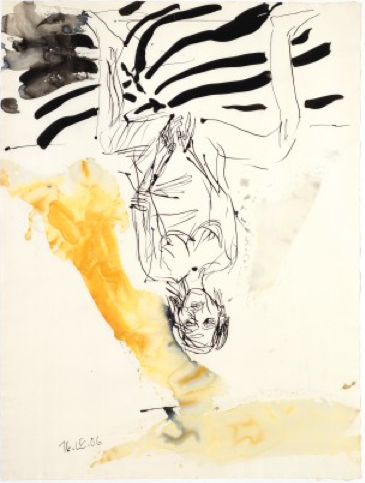 Georg Baselitz, Untitled, 16 April (2006), via The AlbertinaFrom the beginning of his career, Baselitz rebelled against abstraction by going back to figurative work, painting personal subject matter in an art brut style with the philosophical and artistic influences of philosophers such as Friedrich Nietzsche, Samuel Beckett, Charles Baudelaire, and artists such as Kandinsky, Malevich, and Munch. Some of his more provocative work was even confiscated by police in Germany.  In 1969, he began making paintings upside down, implying the non-existence of the physical world and making the work self-referential. His influence on the German Neo-Expressionist movement ‘Neue Wilden’ brought his work into the international art arena. 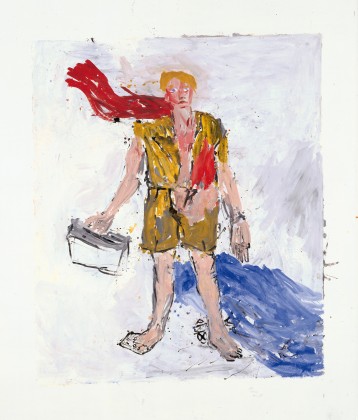 Throughout, Baselitz’s signature, unpolished, psychotic technique conveys memories of pain, trauma, and raw emotion.  Using vividly colored, harsh approaches to depicting the human form, one can easily draw parallels with Austrian artist Egon Schiele, a comparison that has added weight within the context of this Austrian museum.  History itself has long been an influence on Baselitz’s work, and the show makes a pointed effort to exhibit his Remix group (2005/06), a series of works in which he reinterprets and revisits his own past work, as well as the work by inspirations like Otto Dix. 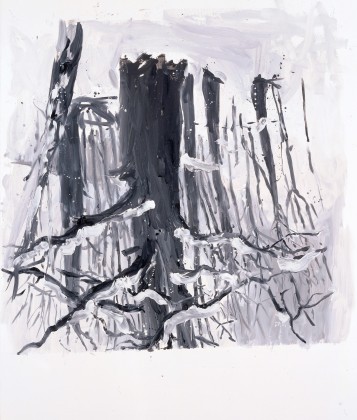 Georg Baselitz, The forest upside-down (Remix) (2005), via The Albertina

This consideration of Baselitz’s historical context is ultimately what sets the exhibition apart from the average artist retrospective, and places Baselitz firmly within a specific trend in Central European painting far beyond the past century.  Alongside his own works, The Albertina is also showing portions of the artist’s private collection of Renaissance woodblock prints, a series of works that traces his interest in the forms and histories of the European art tradition far beyond his contemporary art moorings or the comparatively short history of painterly abstraction. 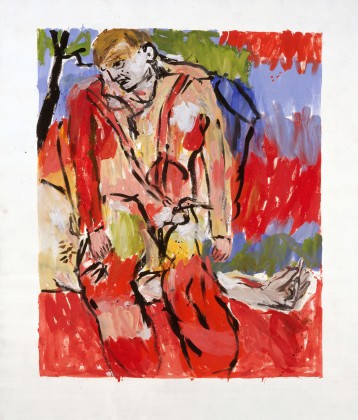 Providing a nuanced and ongoing look at Baselitz’s technique within the continuum of the European art canon, Remix is a strong show that provides a broader consideration of his work. 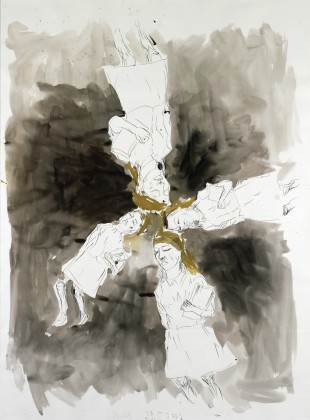 This entry was posted on Monday, January 20th, 2014 at 12:00 am and is filed under Art News. You can follow any responses to this entry through the RSS 2.0 feed. You can leave a response, or trackback from your own site.