The career of pivotal art figure of the twentieth century Illeana Sonnabend (1914-2007) is celebrated in Illeana Sonnabend: Ambassador for the New, an exhibition currently on view at the Museum of Modern Art in New York. While Sonnabend’s work might be controversial in its scope and vision, her legendary eye was instrumental in pinpointing some of the twentieth century’s most sought after artists, including Robert Rauschenberg and Andy Warhol. The exhibition traces Sonnabend’s career over half a century through selected works that she presented in her eponymous galleries in Paris and New York. 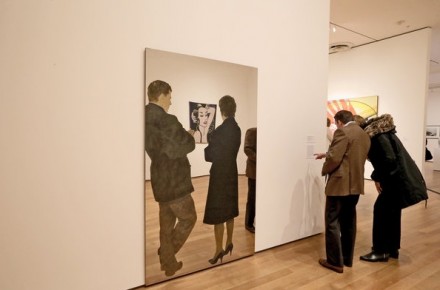 Illeana Sonnabend: Ambassador for the New (Installation View), via Museum of Modern Art

Born in 1914 in Romania to a wealthy Jewish family, Sonnabend married future art dealer Leo Castelli, who was then known as Leo Krausz, in 1932. It was during World War II that the couple and their young daughter, Nina, fled Europe to relocate to New York, where Castelli would open his well-known gallery. Together they began a productive working relationship marked by the discovery of a number of 20th century pioneers, including Jasper Johns from whom, Sonnabend bought an early painting, and became one of his biggest supporters. 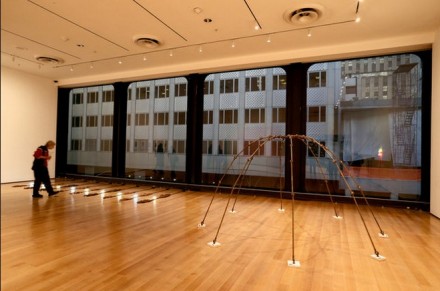 Illeana Sonnabend: Ambassador for the New (Installation View), via Museum of Modern Art

In 1959, the couple divorced, and Sonnabend remarried, moving to Paris where she opened up her own art gallery. It was there that she became known for introducing major American artists such as Roy Lichtenstein, Warhol, Rauschenberg, and many of the Conceptual, new-media and performance-based art of 1960’s America to Europe. Her efforts from afar helped place New York as the world’s new capital for art, but when she moved back to the city in 1968 she would champion the European avant-garde she had discovered while abroad, such as the Italian Arte Povera movement, to an American audience.  Over several decades, Sonnabend was instrumental in a strong artistic interchange between European and North American art – and maintained vital ties to both sides of the Atlantic until her death at the age of 92 in 2007. 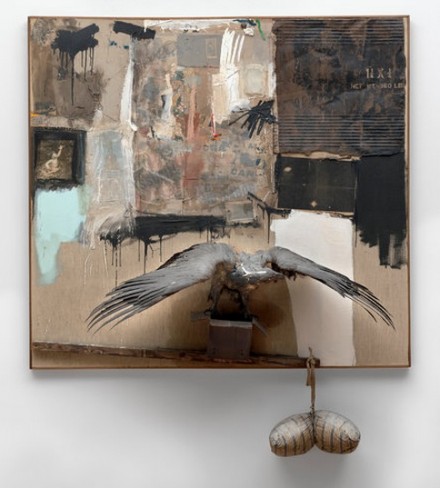 Organized by Ann Temkin, the museum’s chief curator of painting and sculpture, the show displays works by approximately 40 artists including Rauschenberg, Jasper Johns, Andy Warhol, Robert Morris, Mario Merz, Vito Acconci, Mel Bochner, John Baldessari, and Jeff Koons. Among the highlights is Robert Rauschenberg’s 1959 ‘combined’ painting Canyon, Sonnabend’s favorite among the thousands of art objects she owned. It occupies a special place right inside the gallery entrance. The Sonnabend family donated the piece to The Museum of Modern Art in 2012.

A document of the dialogue between European and American art of the twentieth century, Ileana Sonnabend: Ambassador for the New pays tribute to the work of this extraordinary woman who consistently challenged the times through cutting-edge and groundbreaking art.  The show is on view until April 24th.

This entry was posted on Wednesday, February 26th, 2014 at 12:00 am and is filed under Art News. You can follow any responses to this entry through the RSS 2.0 feed. You can leave a response, or trackback from your own site.