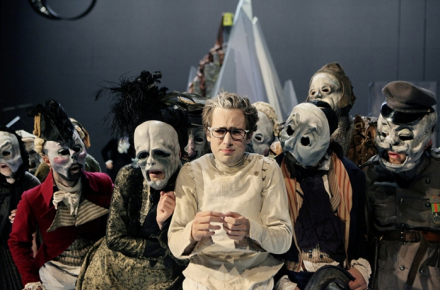 Sprüth Magers London is currently presenting The Humans, an exhibition documenting the creation and the staging process of Alexander Singh’s play of the same name. Commissioned by Witte de With of Rotterdam and Performa 13 of New York, The Humans marks a tour-de-force in Singh’s career as a visual artist. Blending modern theatre with Greek tragedy, performance art and installation; this three-hour play tells the story of two characters–Tophole and Pantalingua– two vagabond spirits that are striving to prevent the creation of the Earth. Believing that the Creator of such an Earth could only be a vain and self-centered maniac, the duo finds themselves amongst Humans with all of their obnoxiousness and mischievousness–among them sculptor Charles Ray. 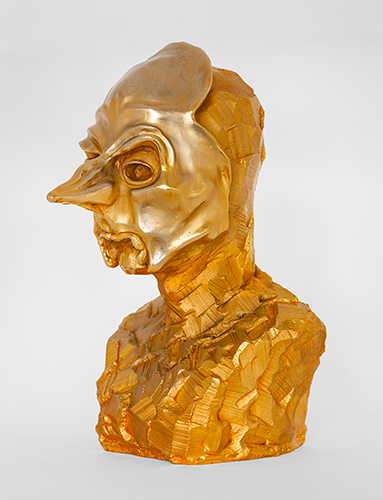 The Humans was first staged in venues such as Brooklyn Academy of Music and Rotterdamse Schouwburg, and now makes the gallery itself into a replica, or rather, a reflection, of the play, as visitors embark on a journey into Singh’s mind that led to its onstage execution.  Serving as the extension of Singh’s theatrical achievement; objects, sketches and watercolors are exhibited as elements that also represent crucial parts in the orchestration of the theatrical work, including the watercolor masks worn by the characters, drafts for the costumes made for the stage and the daily newspaper that ‘the Humans’ read, as mentioned in Singh’s text. 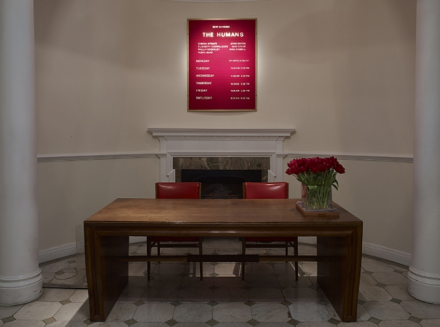 The installation itself feels like something of a theatre environment, with recreated lobby and viewing spaces, while the rest of the works on view are positioned as if they were placed in lobby and lounge areas.  One cannot shake the feeling that they are waiting for the doors to open on the production, patiently browsing the materials before they are giving access to the show itself. 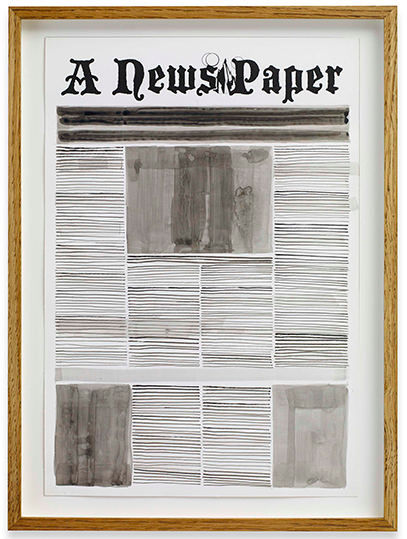 While holding the components of a theatrical spectacle in unity, these works posses individualistic artistic creativity and intellectual subtext, making the exhibition more than a sidekick to a major art production. Carefully planned and meticulously created pieces in the exhibition run parallel with Singh’s theatrical work by presenting a better grasp of the play for the audiences who have seen it, while they suggest a notable preliminary reading for the ones who haven’t yet.  At either entry point, new points of inquiry and interaction with Singh’s original production are left for the visitor to encounter and reshape. 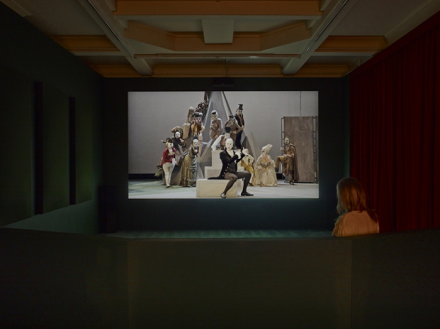 Reminiscent of Dali’s illustrations of Dante’s Divine Comedy, as well as the multidisciplinary aspect of Matthew Barney’s The Cremaster Cycle, Singh’s installation, documenting and repositioning his wider artistic journey, offers a wider perspective to comprehend his theatrical work, carrying the play itself to a level which transcends stage production.

Alexander Singh: The Humans is on view at Sprüth Magers through March 29th, 2014 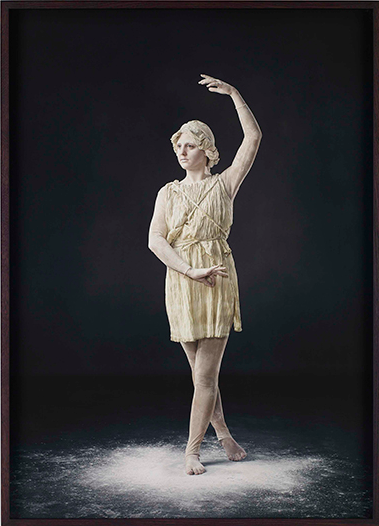 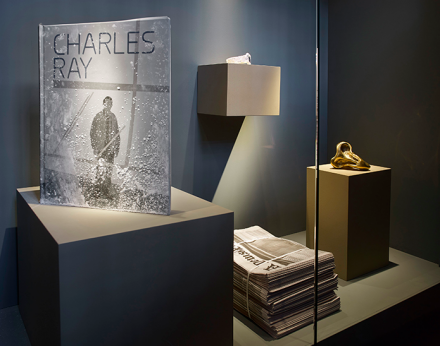 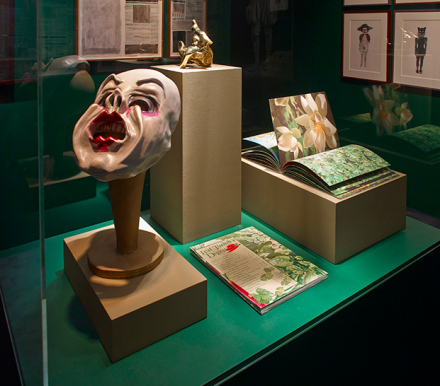 This entry was posted on Tuesday, March 18th, 2014 at 12:00 am and is filed under Art News. You can follow any responses to this entry through the RSS 2.0 feed. You can leave a response, or trackback from your own site.