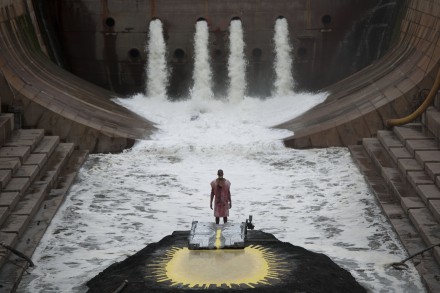 Matthew Barney’s newest film, River of Fundament, is a spectacle, to say the least.  Clocking in at just under 6-hours, the film is in turns a surreal voyage through the Egyptian afterlife, the American automotive industry, and the respective encounters of Barney and composer Jonathan Bepler’s with their various subjects, all turned inwards on the film’s own internal logic and unleashed in jarring blasts of viscera, atonal operatics and monumental, ritualistic performance happenings taking part in Detroit, Los Angeles and New York. 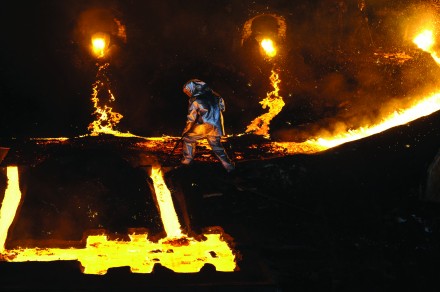 Taking author Norman Mailer’s Ancient Evenings as its starting point (as well as Barney’s personal friendship with Mailer during the writer’s lifetime), Barney has repositioned the book’s violent, highly spiritual portrayal of the Egyptian afterlife as a model for Mailer’s own journey through the afterlife, seeking several reincarnations through a female host (played in two acts by Maggie Gyllenhaal and Ellen Burstyn), and encountering the various spirits and gods of the Egyptian pantheon.  Mailer’s own legendary ego often takes center stage, a driving force that pits his struggle against death and the gods as a classical trope, in turn touching on models of Greek, Egyptian and Eastern brushes with the gods and the afterlife.  Fittingly enough, much of the film revolves around the writer’s wake (set in a replica of his home floating down the East River) attended by a stream of artists (Lawrence Weiner makes a cameo), gods and pharaohs (one played by Paul Giammatti), which serves as a localized site to focus much of the much grander scenes around the country. 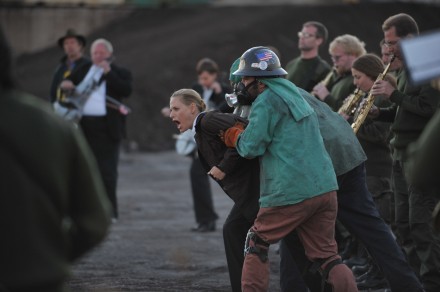 The film is decidedly in-line with the artist’s previous filmic excursions. Barney’s penchant for self-reflexive, subject-driven works is once again given a massive stage on which to unfold, and his transposition of the Egyptian afterlife into Mailer’s own idiom draws in his long obsession with the American auto-industry, punctuated by his own symbols and reoccurring characters (including another depiction of James Lee Byars and Harry Houdini by Barney himself). 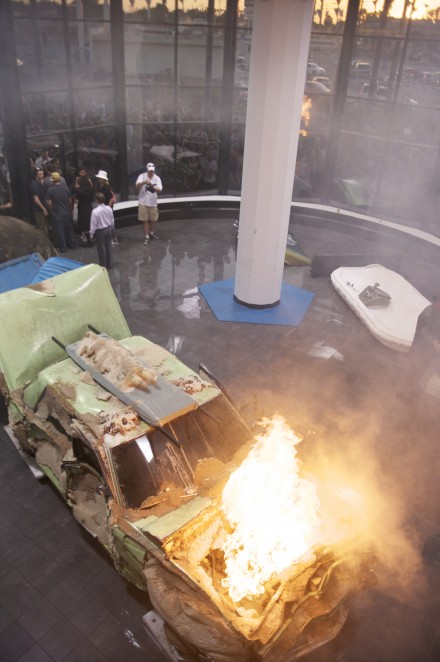 Mailer, an essential voice of American literature brought to bear with ancient spirituality, is paralleled with a ritualistic treatment of the American car.  A Pontiac Trans-Am, a Ford Crown Victoria, and a Chrysler Imperial (the same car destroyed in Cremaster 3) are all presented as a physical parallel to Mailer’s spirit passing through the underworld, and the heavy-handed rituals of destruction, recovery and transformation that each vehicle goes through replaces the Egyptian processes of death (mummification, preservation of organs and embalming) with a violent, industrial series of performances and practices.  In the culmination of the second act, Barney choreographs a cathartic, immense smelting scene, in which the Trans Am is melted down in 5 towering furnaces, and recast into a floor panel for a new automobile (equally referencing the Djed, referenced in Egyptian mythology as the backbone of Osiris.  All the while, Bepler’s haunting score lingers in the background. 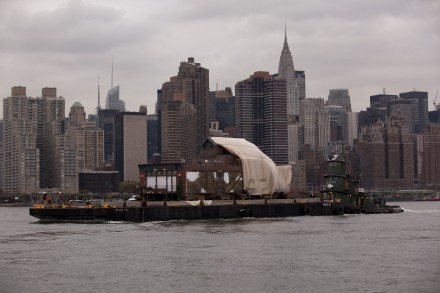 But as much as Barney turns his focus to the tangible objects and products of his weighty performances, the film does a remarkable job of maintaining its focus on death itself, a subject so often and so poorly represented on-screen.  Despite the visual maximalism of the film, Barney manages to maintain a focus on death and rebirth, salvaged material and ritual construction as the markers of a greater transition.  Life and death become fluid, interchangeable states, ever at play against the waters of the Los Angeles River, East River, and Rouge River, and each of his characters seem reflections of themselves and their own deaths, rippling off the surface of history (one master stroke involves a band of Native American musicians, dressed in sports jerseys bearing caricatures of their own genocidal history: Chicago Blackhawks, Washington Redskins, etc., a group of deathly figures representing their own destruction). 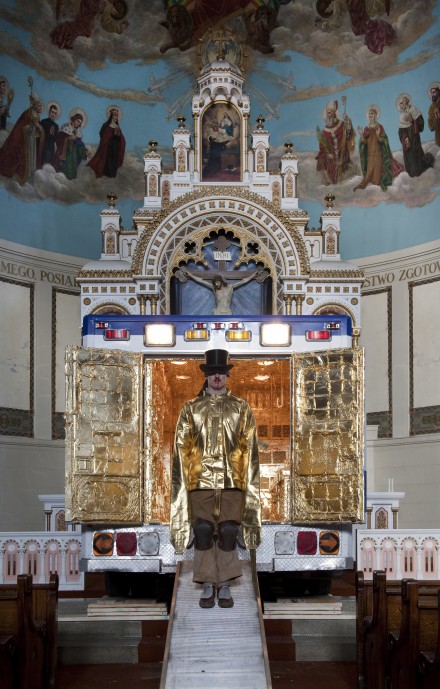 Viewed from a cinematic perspective, River of Fundament signals a drastic tightening of Barney’s expansive creative technique.  Contending with a somewhat more concrete subject than past works (such as Cremaster’s fascination with the artist’s own output and cognitions), Barney charts his personal intrusions into the work in striking confluence with those of his subjects, characters and inspirations.  The result is a daunting, but ultimately powerful piece that brings the viewer through a powerful cycle of experience.  As the camera settles on the struggle of salmon swimming upstream near the Idaho home of Ernest Hemingway (Mailer’s idol), one feels the weight of Barney’s subject, and the depths he has allowed himself to reach in order to put such a massive exploration on the screen. 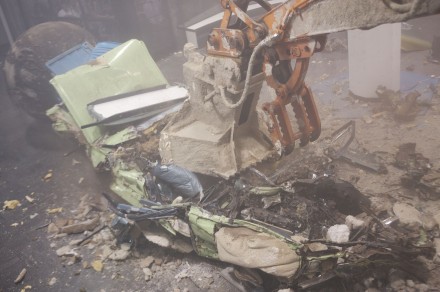 This entry was posted on Sunday, March 2nd, 2014 at 12:00 pm and is filed under Art News. You can follow any responses to this entry through the RSS 2.0 feed. You can leave a response, or trackback from your own site.