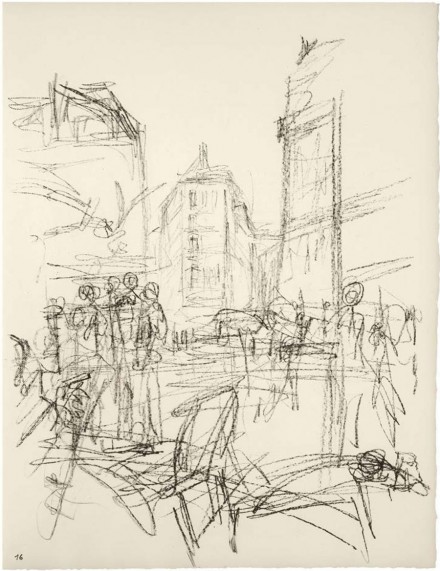 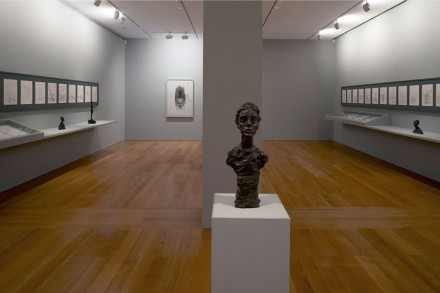 For the last 30 years of his life, Giacometti focused his artwork on realistically and accurately portraying what he saw. Between the years of 1959 and 1965, one year before his death in 1966, he created 150 lithographs with text to be made into an artist’s book about Paris, his favorite city.  The idea for the artist book was inspired by Giacometti’s friend, a publisher named Tériade, who also published Fernand Léger’s La Ville, another book of lithographs about the city of Paris.  These rare lithographs and drawings, original maquettes, several important bronze sculptures and paintings, and a selection of photographic portraits exhibit the artist’s categorical attempt at documenting the life of the French capital. 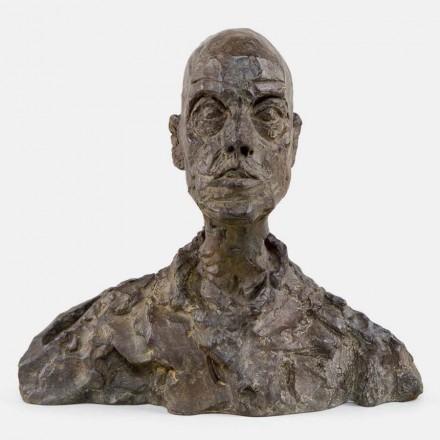 Whereas Léger’s book of lithographs depicted Paris as an urban, bustling city, Giacometti elected instead to portray his daily life with quick sketches of familiar places: his studio, cafés, and at the printer Mourlot’s new shop, for example.  The result is a seemingly boundless trove of scenes and drawings, rendered in Giacometti’s flowing, vibrant hand.  Portraits of close friends mingle with bustling street scenes, and throughout, Giacometti’s keen eye for space and angle is present. 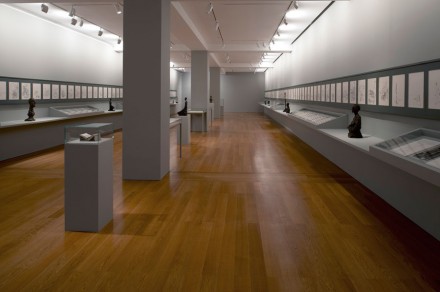 Giacometti was keenly aware of his declining health and impending death, and a sense of nostalgia can be felt in many of the notes that accompany the images, playing off against the urgency of the images. He writes:“The silence, I’m alone here, outside there’s the night, everything is still and sleep is starting to return. I don’t know who I am nor what I’m doing nor what I want, I don’t know if I’m old or young, maybe I’ve got hundreds of thousands of years to live, my past is disappearing into a grey abyss…” Giacometti himself characterized the series of work as “images and memories of images.”

The exhibition is accompanied by a fully illustrated book, and will continue through April 21, 2014. 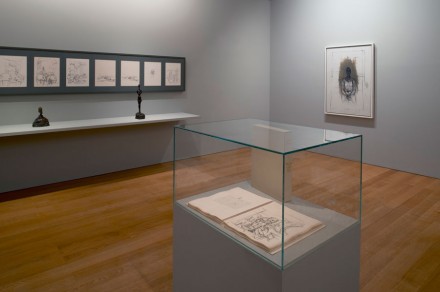 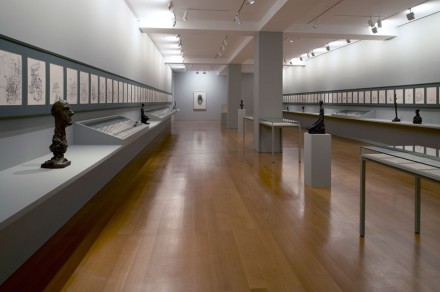 This entry was posted on Sunday, April 20th, 2014 at 12:00 am and is filed under Art News. You can follow any responses to this entry through the RSS 2.0 feed. You can leave a response, or trackback from your own site.