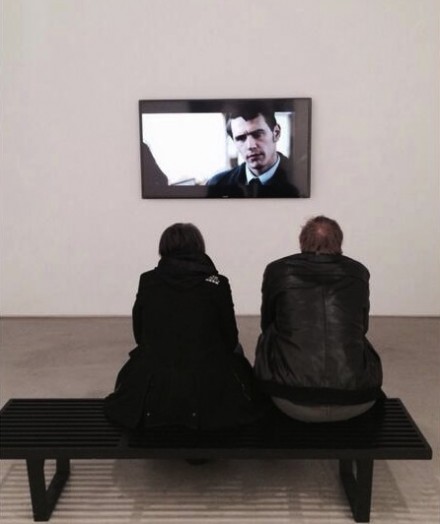 Carter, Beside Myself (Installation View), via Art Observed

Currently on view at Lisa Cooley’s Lower East Side exhibition space is a body of new work by Carter, including paintings, drawings, photography, sculpture and film from the artist’s wide-ranging and impressive output.  Continuing his exploration of varying identities and their interconnected relationships to the art object, the show continues Carter’s ongoing interest with presence throughout. 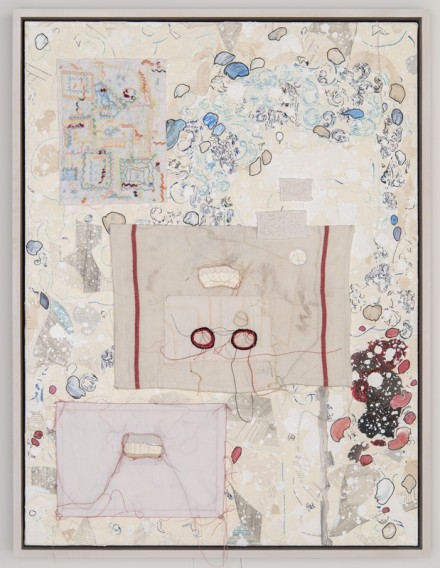 Much like past works, Carter’s canvases here employ a sense of disaffection, combining multiple marks, trails of the brush and added cloths (almost always distinguished by a pair of circles that do a fine job of anthropomorphizing the works) to keep the viewer at a distance.  Gobs of color and shapeless puddles of thin paint cluster together, creating a sense of movement and flow through their close proximity.  The works seem defined by a sense of inner logic, rather than the impulse of a single architect, and play the surface of the canvas off against its added layers of fabric. 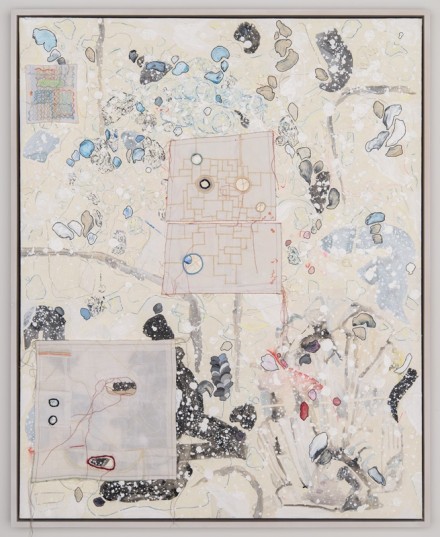 Nearby, the artist is also showing his video work Maladies featuring an intriguing investigation into the constructions of self and subsequent interactions with the art object, set during the 1960’s.  Using actress Caroline Keener and actor/artist James Franco in the lead roles, the film investigates each character’s sense of withdrawal and alienation from the often repressive art world of the 1960’s.  As Keener’s character finds her gender and sexuality placed into question, and Franco’s struggles with an undetermined illness, their respective artistic work is turned into the victim, as works are increasingly left unfinished, or bound up in their maker’s struggles. 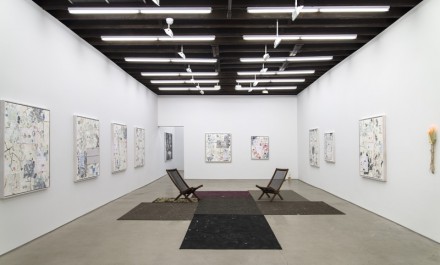 Carter, Beside Myself (Installation View), via Lisa Cooley

It’s an interesting tack for Carter to take here, given the artist’s already ambivalent take on his own identity.  A previous interview with Art Observed last year saw the artist deigning to go into specifics with his work, and often electing to discuss the difficult arcs of translation and interaction that occur between artist, viewer, and work.  In Maladies, he seems to take the struggle one step further, as his subjects are continually rebuffed by both personal struggles and the artworks themselves, gradually losing touch with both reality and the works they create to try and connect themselves to it.  For Carter, its this exchange, between artist, object, and the spaces in between, that seems to take precedent.

Beside Myself is on view through March 26th. 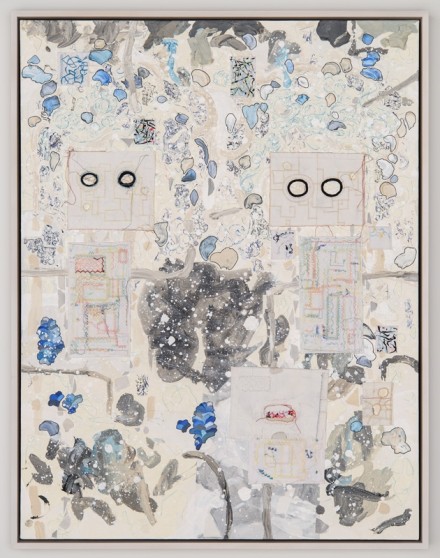 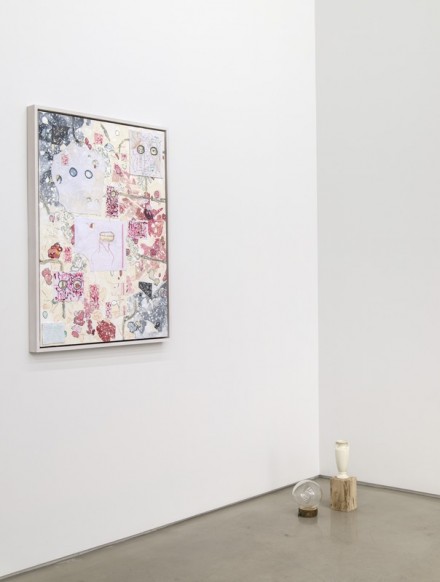 Carter, Beside Myself (Installation View), via Lisa Cooley 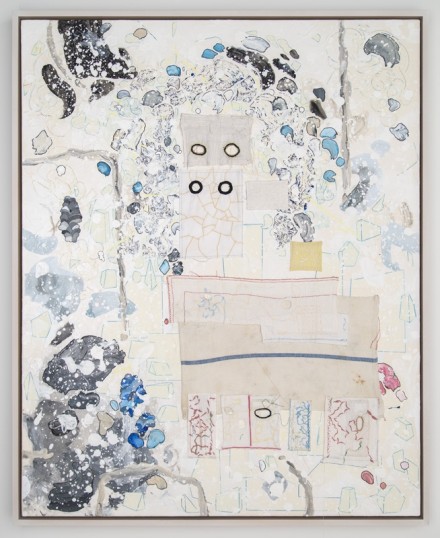 This entry was posted on Tuesday, April 22nd, 2014 at 8:35 pm and is filed under Art News. You can follow any responses to this entry through the RSS 2.0 feed. You can leave a response, or trackback from your own site.