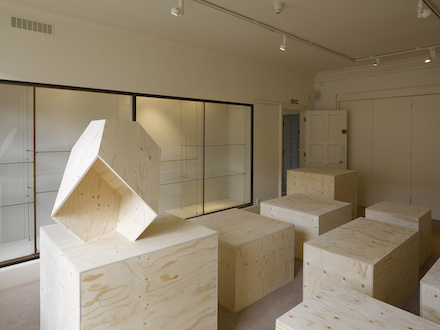 On view at The Freud Museum in London is a special exhibition from contemporary Polish sculptor and video artist Miroslaw Balka, featuring a series of installations referring to the period from 1938, when Sigmund Freud moved to London from Vienna to avoid Nazi persecution, until 1942, when four of his five sisters died in concentration camps. Densely layering Freud, Wagner and the Holocaust in equal measure, the measured and immersive installation will remain on view through May 25. 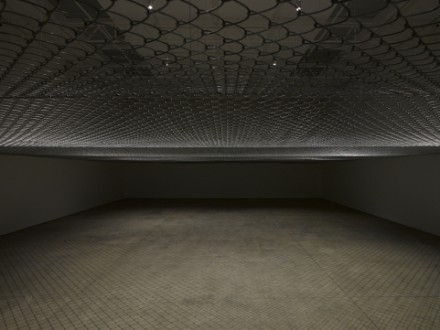 Miroslaw Balka, Above your head (2014), via White Cube

Entitled DIE TRAUMDEUTUNG 75,32m AMSL, the show bears reference to the German title of Freud’s important work, The Interpretation of Dreams (1899), and the measurement in meters is the exact geographical height above sea level of The Freud Museum.  The exhibition includes all new site-specific works, and runs parallel to the exhibition at White Cube Mason’s Yard, entitled DIE TRAUMDEUTUNG 25,31m AMSL (closing May 31st).   This exhibition is also the most recent in an ongoing series of Freud Museum London, curated by James Putnam. Other exhibitions have included projects by Sophie Calle, Mat Collishaw, Sarah Lucas, Tim Noble & Sue Webster and Oliver Clegg. 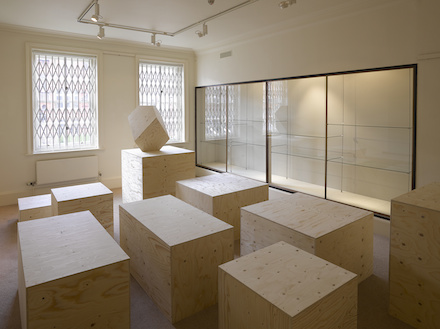 On the exterior of the museum, Balka has installed an inflatable 8m-high black tower called Y-Chromosomal Adam. The installation provides a foreboding shadow that prefaces the rest of the exhibition within.  The main space of the exhibition is comprised of an arrangement of plywood crates – the same number and volume of crates as designated in SS officer Imfried Eberl’s letter (dated June 20th 1942) sent to the commissioner of the Jewish Quarter, Warsaw Ghetto, requesting materials for the camp in Treblinka, where Freud’s sisters died months later. Along with the crates is a convex three dimensional shape called a trapezohedron, open on one side and at the bottom, so that the viewer may place his or her head inside. This is a reference to the trapezohedron in Albrecht Dürer’s engraving entitled Melancolia 1 (1514), and it also bears resemblance to the magic helmet “Tarnhelm” from Richard Wagner’s opera Das Rheingold (1876). 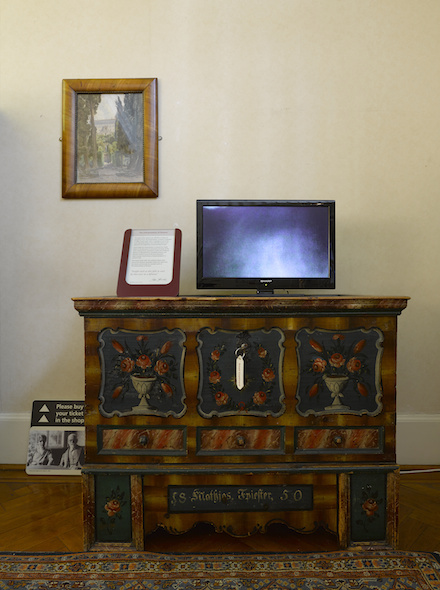 The magic helmet comes up again as a reference in another work, located just inside the entrance hall. Titled Nacht und Nebel (Night and Fog), it makes reference to a secret Nazi operation which began in 1941, and which was taken from the same opera by Wagner, where the dwarf Alberich, who chooses to seize power instead of the chance for love, disappears by putting on Tarnhelm, saying: “Nacht und Nebel, niemand gleich / Siehst du mich, Bruder? (Night and fog, like no one else /  Do you see me, brother?).  The imagery of disappearance, and the parallel narratives of violence, history and memory make for a complex, interconnected works that address both Freud’s work and his place in relation to the Nazi hegemony.  Fittingly, the last work in the exhibition features the sound of someone whistling the melody of the theme tune from the film The Great Escape (1963), about a man trying to escape from a German POW camp. 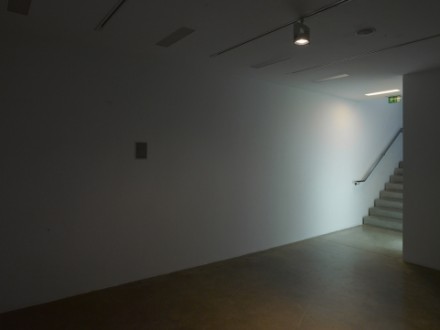 The situation is similar at White Cube, where Balka repeats the form of the trapezohedron in a more immense, less inviting format, and incorporates The Great Escape theme again, but the real departure comes in Above your head (2014), a dark room bisected horizontally by a fence strung from wall to wall.  Viewers are left to peer up from under the chain link into the black ceiling, a sinister position that underscores the physical subjugation Balka seeks to explore so deeply throughout both shows. 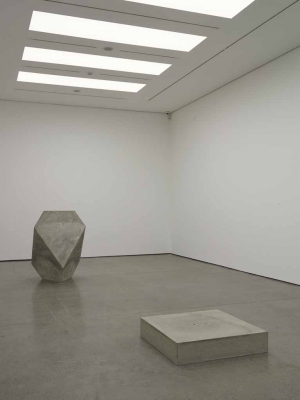 This entry was posted on Sunday, May 25th, 2014 at 12:35 pm and is filed under Art News. You can follow any responses to this entry through the RSS 2.0 feed. You can leave a response, or trackback from your own site.