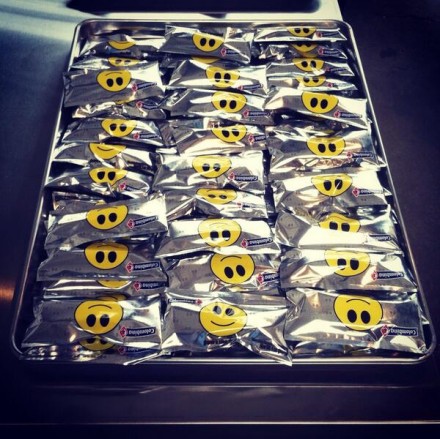 The art world has been good to Oscar Murillo over the past year.  Following a series of high auction sales and eager buyers, the 27-year old was quickly signed to David Zwirner, and has continued to command impressive press attention and plaudits for his paintings and installation work. 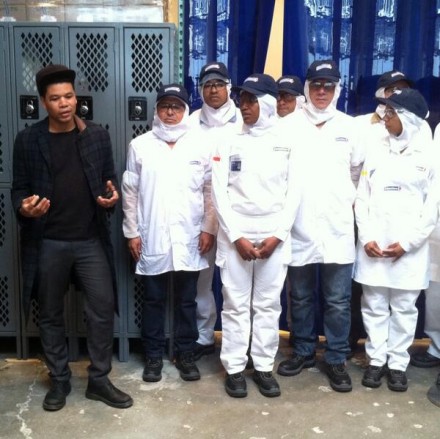 Oscar Murillo with the Colombina Employees, via Art Observed

It’s of little surprise then, that Murillo would, to a certain degree, go back to his roots for his first show at Zwirner’s 19th Street project space, installing a fully functional chocolate production factory at the space, and staffing it with close friends and family members from his hometown in Columbia.  In fact, the factory itself is more than a mere replication of a Columbian factory, but is in fact a New York outpost for Columbian candy manufacturer Colombina, the same candy company that employed so many in Murillo’s hometown of La Paila. 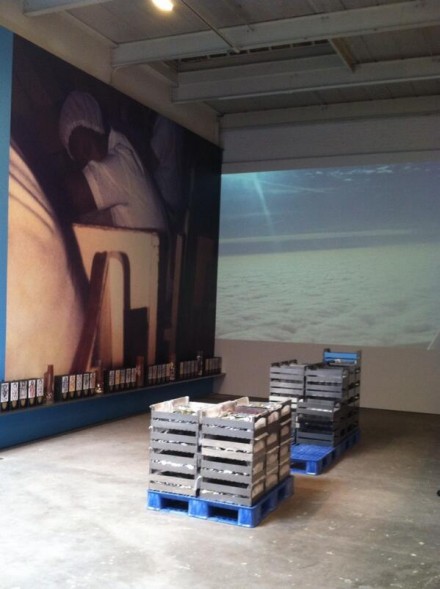 Visitors to the space are immediately confronted with a wall of crates, boxes and containers, separating them from the Colombina employees on the other side.  While workers are visible through spaces between boxes, the separation of laborers and consumers is tangible, underlined by a loud whirr of machinery.  Rather than interacting with the factory producers, viewers are left to consumer a series of videos shot by employees during their time off.  The space is punctuated with chocolate bars, which are available for free, as well as a series of drawings, in which Murillo offers his own sketches of Jeff Koons’s recent Dom Perignon design, interspersed with assemblages of chocolate and tennis balls. 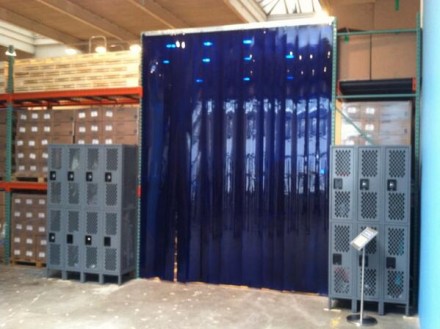 Perhaps the most interesting point of Murillo’s installation is his refusal to either idealize or (for lack of a better expression), candy-coat the relations of labor and production.  That he could bring many of his friends and family from home to share in his first exhibition is clearly a point of pride, but his control over their work is definitely tangible.  While he frames the wonder of his compatriots through video and photography, and asks the viewer to happily participate through his project’s social media accounts, his final product is a series of candy bars, a hip marketing campaign complete with a smiling center. 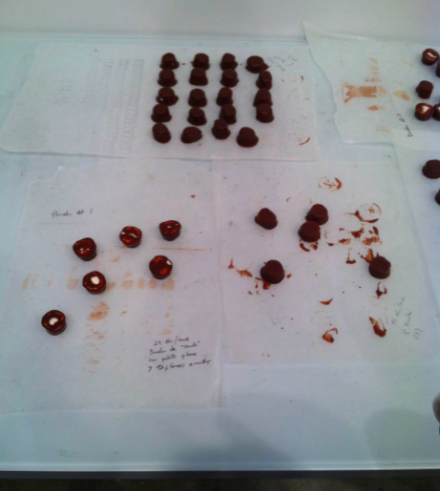 The execution, then, of Murillo’s work here makes for an interesting turn for the popularity of immersive, “relational” work in the past several years.  Rather than offer a transformative alternative to wage labor and the space of capitalist production, Murillo recreates a microcosm of the factory complex, intertwined with his role as an artistic producer.  The act of separation, of isolation and mediation that takes place then, vacillates between the positive and negative.  The viewer is constantly called to reconcile the act of production with the concept of the artist, all complicated by the idea that the entire installation is intended as an art object, one that has both a hard price tag and an immaterial social value. 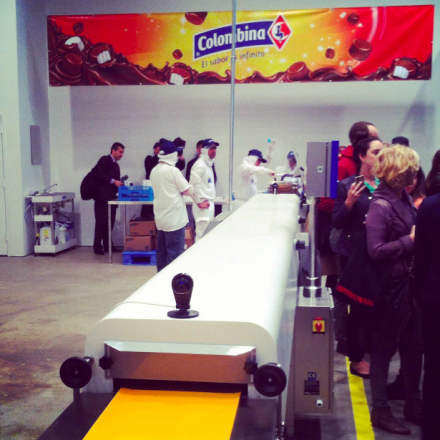 The reference to Koons, as a result, is a challenging one.  Is Murillo parodying the act of production, critiquing the artist as capitalist operator, or is he sincere in his attempt at a socially motivated gesamkunstwerk?  Regardless of the answer, it’s hard to dismiss Murillo’s willingness to bind himself up in this exchange, rather than create it as a sterile, removed object.  This close relation to Murillo, and the emotional ties he brings to the work ultimately make the piece as difficult as it is to analyze objectively.  The artist refuses to shy away from the model of artist as capitalist in the most concrete of terms, and the piece is all the stronger for it. 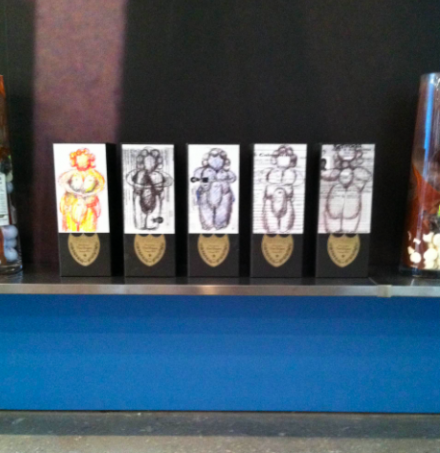 While some may have written off Murillo’s work in the past, and criticized his move to Zwirner’s mega-roster, it’s no doubt that this sort of gallery clout is responsible for such a project, one that hopefully signals even bigger things from Murillo in the future.

Murillo’s project will run through June 14th, and can be followed at MercantileNovel.Com. 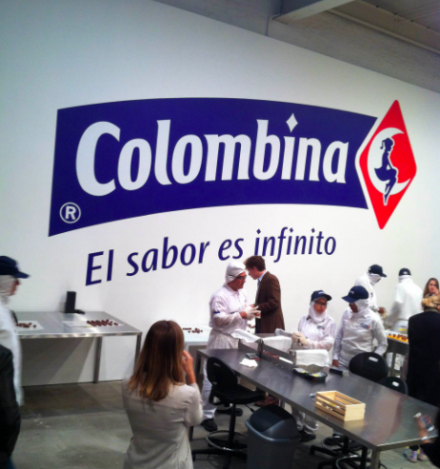 This entry was posted on Wednesday, May 7th, 2014 at 12:00 am and is filed under Art News. You can follow any responses to this entry through the RSS 2.0 feed. You can leave a response, or trackback from your own site.