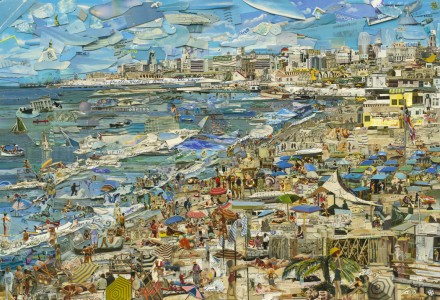 Sikkema Jenkins Co. is currently presenting Album, an exhibition of recent works by Brazilian artist Vik Muniz. Known for his bold and attention-grabbing works which he creates by incorporating an array of materials such as garbage, chocolate and diamonds, Muniz uses familiar images from art history as well as the collective memory of contemporary culture to create powerful large-scale assemblages that pay direct tribute to the history of painting and sculpture in equal measure.    In this exhibition, the artist focuses on memory, both collective and personal, using photography itself as a production tool. Separated into two series, Postcards from Nowhere and the eponymous Album, the work allows Muniz to investigate how memory is an endless notion that is in constant flux. 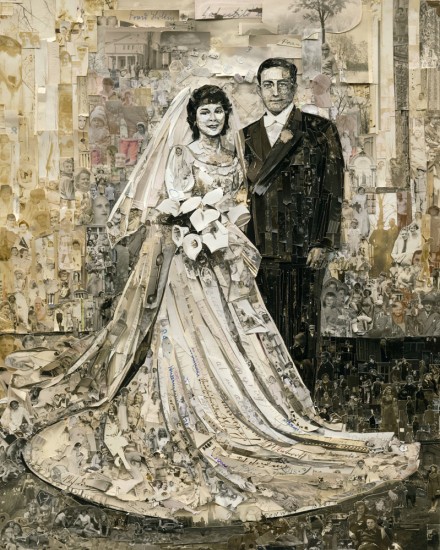 The first body of work is Album, a group of large scale C-prints Muniz created using cut-outs of found personal photographs that Muniz himself collected over a period of time.  Despite being personal photographs belonging to specific people and time periods, these photographs are able to speak to any viewer by representing a common perspective. Family gatherings, weddings, vacations and other familiar moments, frozen in time, perpetuate similar feelings for anyone seeing them. Referring to an ever growing abundance of photographic documentation due to technology, cut-out parts from old photographs are also used to create new ones, a simultaneous comment on today’s materialistic production. 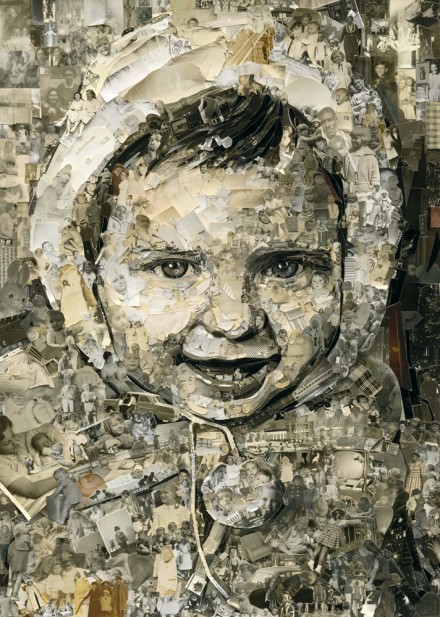 Postcards from Nowhere, the second part of the exhibition is concerned about spaces as memorials, working beside the photograph. Muniz uses familiar destinations, such as the Twin Towers, the Financial District, and a once-popular beach in Beirut to comment on the decreased use of postcards. Similar to the first part of the exhibition, here also Muniz refers to the vanishing tradition of postcard sending by using old postcards as the source material to ultimately glorify them. 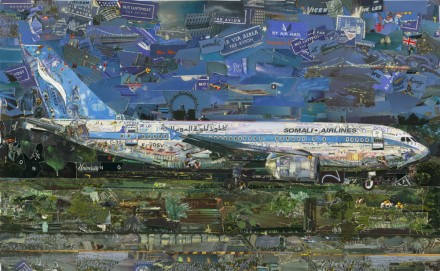 Offering a pair of thematic frameworks explored in a common language of preservation, history and flux, Vik Muniz’s Album is on view at Sikkema Jenkins Co. through May 10, 2014 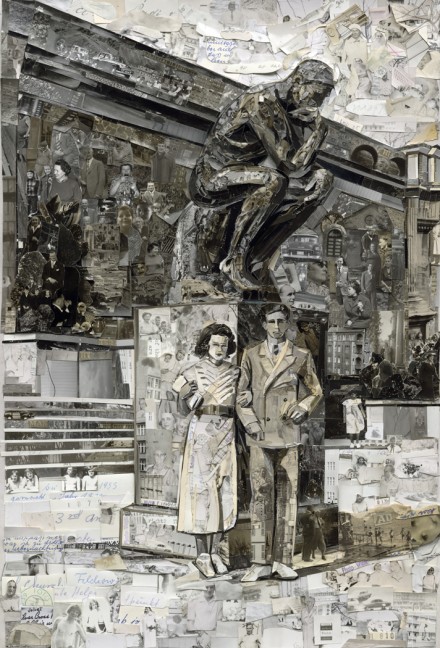 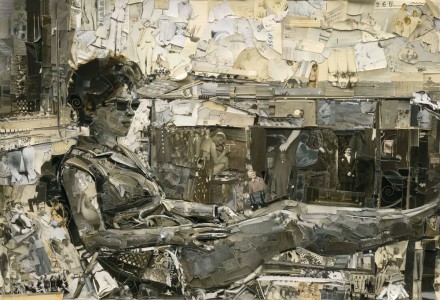 This entry was posted on Monday, May 5th, 2014 at 12:00 am and is filed under AO On Site. You can follow any responses to this entry through the RSS 2.0 feed. You can leave a response, or trackback from your own site.