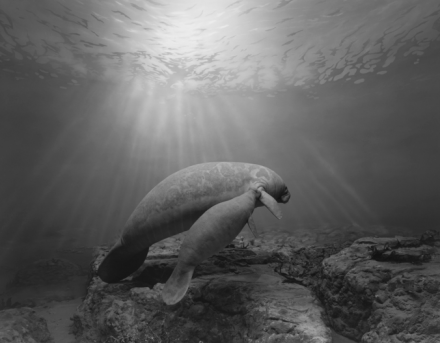 On view from May 9th until June 28th at Pace New York is an exhibition of seventeen large-format photographs by Japanese artist Hiroshi Sugimoto from his most recent body of work. Entitled Still Life, the display gives a prime example of Sugimoto’s mastery of formally composed and exacting photography and printing processes.  Sugimoto has worked in a variety of approaches to still-life and architectural photography over the past years including old American movie palaces, drive-ins, and other structured works. He also formed an architectural practice himself in Tokyo, after receiving many requests to design structures such as restaurants and art museums. 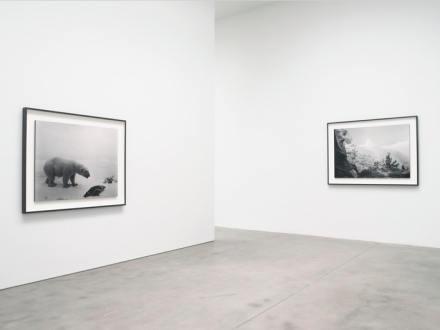 Sugimoto compares the medium of photography as a record-making process to the fossilization process in nature – a moment suspended in time. His Polar Bear (1976) was the first photograph from his Diorama series, and many of the earlier silver gelatin prints also depict animals.  The works are surreal, black and white images of dioramas he photographed in natural history museums, playing on the distorted perspective of “nature” that humans believe to be true. Although the photographs appear to be realistic nature landscapes, they are actually artifically constructed, staged recreations of natural environments on display in museums. Many of the works are representations of animals, but no humans appear in any of the images – in a way, depicting a divide between humans and the natural environment. 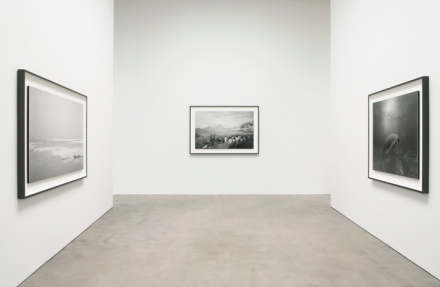 The result of Sugimoto’s pieces is at times quite jarring, particularly in works where the separation between recreated environment and museum space suddenly comes into focus.  In several scenes, a notable line can be detected where a museum diorama gives way to painted display, and animals suspended in mid-action are placed in close proximity to a painted counterpart.  The result is a sudden realization of the meticulous placement of each object in the image, not by Sugimoto, but rather the institution which is striving to frame the diorama as a moment of authentic animal behavior.  The diorama, in turn, becomes as much an aesthetic project as it is an archival one, turning the intersection of scientific research and creative impulses into a definitive focal point. 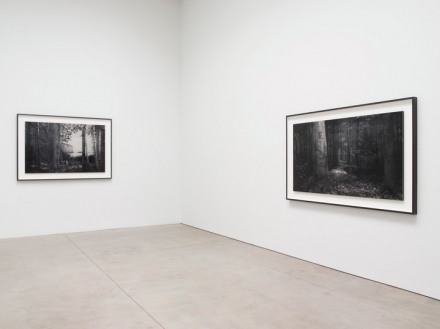 The exhibition Hiroshi Sugimoto: Still Life is accompanied by a fully illustrated catalogue,Hiroshi Sugimoto: Dioramas, and the display will remain on view at Pace New York through June 28, 2014. 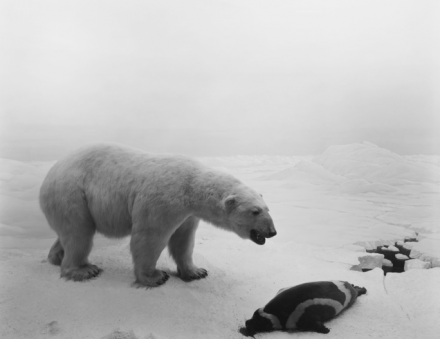 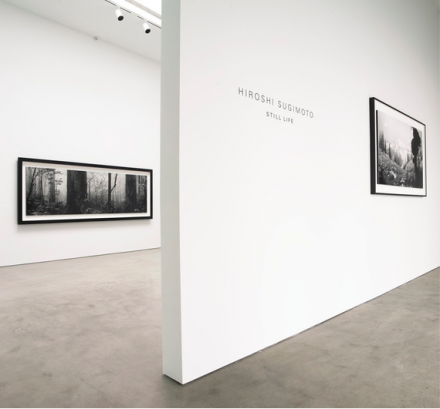 This entry was posted on Thursday, June 26th, 2014 at 1:21 am and is filed under Art News. You can follow any responses to this entry through the RSS 2.0 feed. You can leave a response, or trackback from your own site.