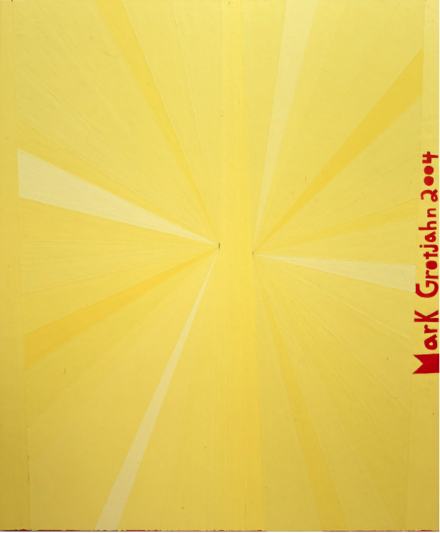 Celebrating the inaugural show at its first New York location, Blum & Poe’ is presenting a show of Mark Grotjahn’s Butterfly Paintings, curated by Douglas Fogle at its E 66th Street location.  The show focuses on select works from Grotjahn’s recognizable series, which range in date from 2001 to 2008, and tracing the evolution of the paintings over a period of 7 years. 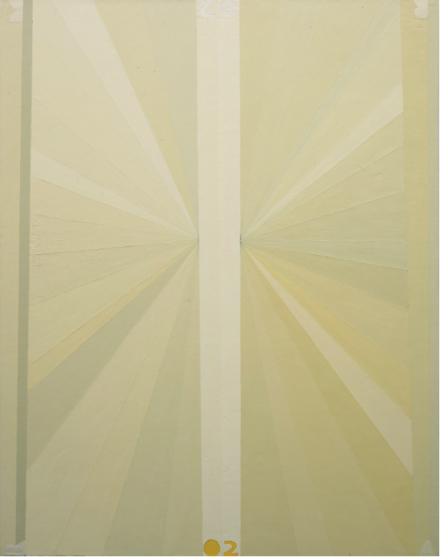 Born in 1968, Grotjahn is perhaps known for his abstract work and bold geometric paintings. He was born in Pasadena, grew up in the Bay Area, and received a BFA from the University of Colorado, Boulder before going to to receive an MFA from the University of California, Berkley. He moved to Los Angeles in 1996, when he began creating reproductions of signs from local storefronts in Los Angeles, trading his works for the original signs with the owners. Since 1997, he has been exploring the radiant motif found in the Butterfly series, and continued with these intensive works until 2008, when he tore his rotator cuff and broke a shoulder bone, making it impossible to paint for more than 2 hours at a time. 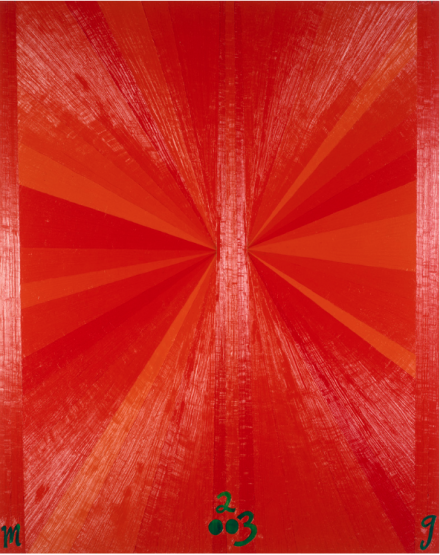 The name Butterfly Paintings comes from the works’ wing-like qualities – variations on a theme of lines radiating from central spines. Grotjahn has explored this formal element throughout his entire body of work, but the trope is most exaggerrated in this group of paintings on view. His influences range from geometric Modernists like Mondrian and Malevich to experiments in musical and filmic composition and typographic design, walking a line between representation and abstraction, surface and depth, the conceptual and the concrete.  The paintings can also be viewed as an experiment in – or the study of – the painterly line, the result of which, by the latter end of the series, is a butterfly. Along with the exhibition is a catalogue including an essay by Douglas Fogle, images of the individual paintings, and installation photographs of the works in Blum & Poe’s new space. 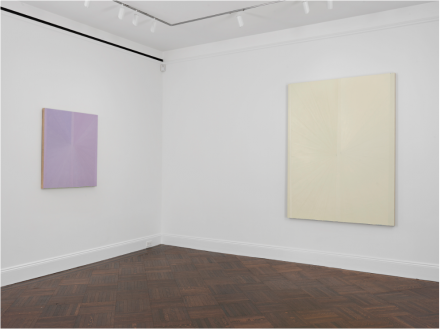 As a result of Grotjahn’s repetitive, linear movements, the works become studies in thickness and texture, each work varying in the central spine while shifting slightly in the texture and surface of the piece from canvas to canvas, creating a shimmering, ephemeral surface that welcomes repeat viewings.

The exhibition at Blum & Poe, Butterfly Paintings, will continue through June 21, 2014. 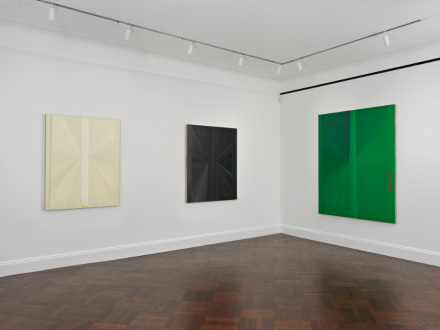 This entry was posted on Tuesday, June 3rd, 2014 at 12:00 am and is filed under Art News. You can follow any responses to this entry through the RSS 2.0 feed. You can leave a response, or trackback from your own site.