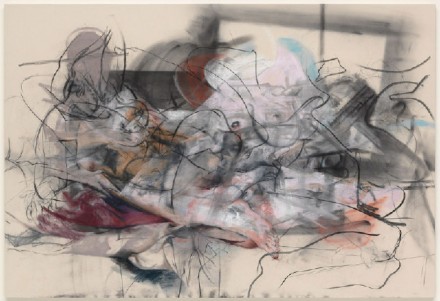 On display at Gagosian Gallery in London is a series of monumental oil paintings by Jenny Saville, focusing on the materiality of the human body. The works are large in scale and extremely detailed, and some of the works have taken up to 7 years to complete. The exhibition will be on view through July 26th at Gagosian London. 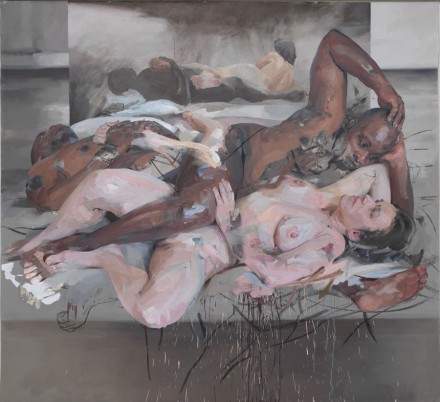 Saville’s most recent works were inspired by the ancient Egyptian trash dump at Oxyrhynchus, which was one of the most important archeological sites ever to be discovered. The discarded materials were preserved by the dry climate of the area, and included Euclid’s Elements, as well as the poems of Sappho, written on papyrus.  This thick layering of historical and philosophical materials is reflected here, as Saville’s paintings employ rich, overlaid shadows and reflections, overlapping limbs of nude figures, and charcoal silhouettes drawn on top of oil paint. Saville calls these works ‘studies,’ alluding to the “timeless human process of sketching” while holding to the idea that the once discarded material may one day be an invaluable symbol of the past. 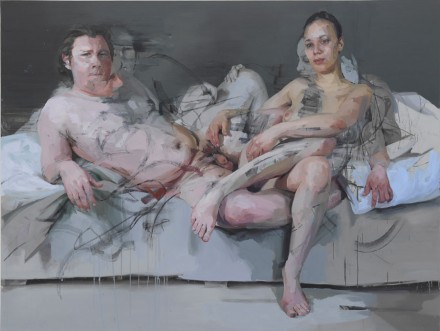 Saville’s human figures appear to merge together, two often becoming one, and the settings have been loosely adapted from photographs, with backgrounds suggesting an inspiration from Renaissance paintings. Other apparent inspirations include De Kooning’s fluid female figures; Picasso’s combined couples; Japanese Shunga prints; and Titian’s Nymph and Shepherd (1570-75), in which the subjects are placed in a dramatic background. 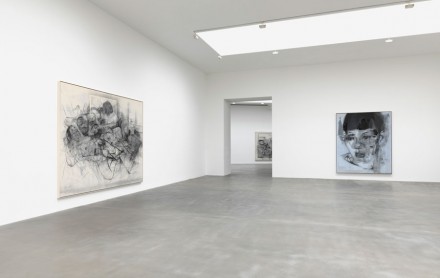 The result of Saville’s work is a series of paintings that foreground her own creative process, and elevate that itself to the state of art object proper.  For Saville, the act of sketching becomes infinitely as important as a final work when laid along the infinitely vast timeline of human history. 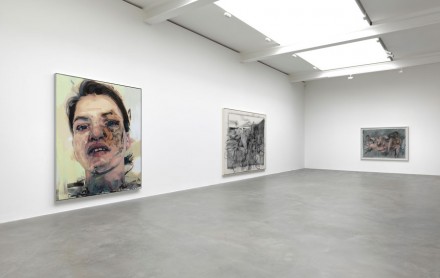 Oxyrhynchus will remain on view at Gagosian London through July 26, 2014. 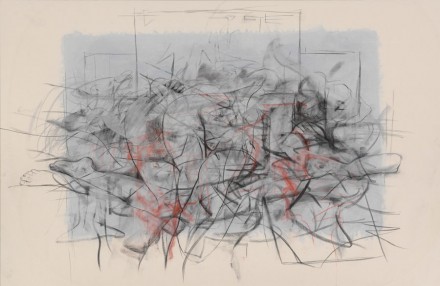 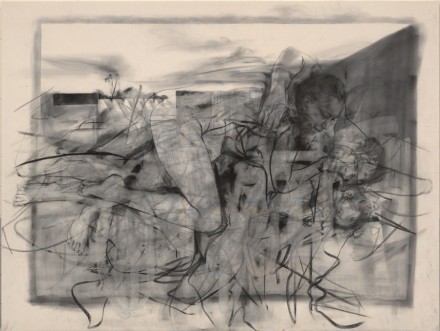 This entry was posted on Saturday, July 26th, 2014 at 12:00 am and is filed under Art News. You can follow any responses to this entry through the RSS 2.0 feed. You can leave a response, or trackback from your own site.