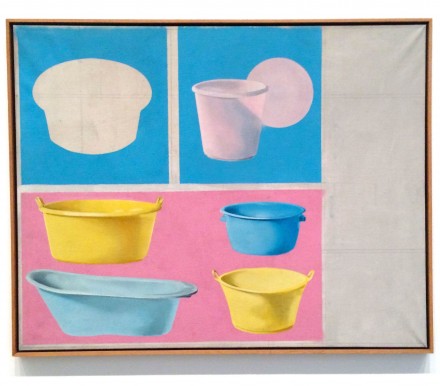 Sigmar Polke’s output was diverse to say the least.  Raised in the lean years following World War II in West Germany, the artist moved quickly from painting to photography to installation, film and back over his almost five decades of work, shifting his techniques and approaches with each subsequent piece.  Sharply critical and always challenging the nature of capitalist negotiation with the art world, his pieces cover a broad spectrum from overtly comical and self-aware to dark and brooding. 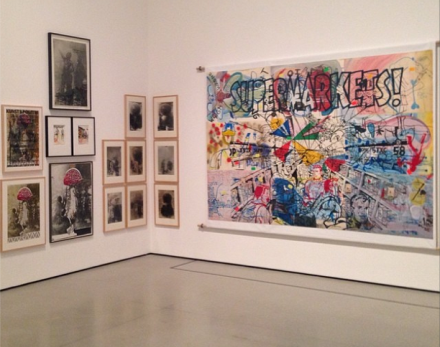 For Alibis, Polke’s expansive retrospective currently on view at MoMA, the artist’s work is given the space to unfold.  Films and photographs sit alongside his collages and paintings, each turning the concepts of consumption, mass culture and the image in a new direction.  His work Moderne Kunst for instance, turns masterful parody of the tropes of vague, post-war abstraction in on itself, mocking the art historical in equal measure with his own work.  But the work is given additional weight when paralleled with his own abstract compositions, blending slurs of paint with screen-printed images and stained canvas. 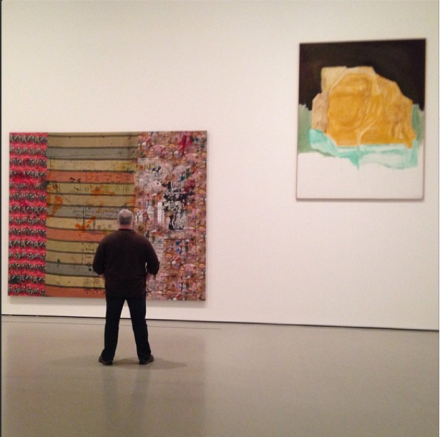 Throughout, the artist’s subjects and focuses are constantly in flux, from images and screen-printed illustrations to newspaper photographs, comic book graphics to religious and military iconography, always embracing the transformative landscape of post-war Germany.  From his works incorporating potatoes (a staple food in the poverty-stricken years following WWII) to his advertising appropriations, Polke’s constant incorporation of history and economics creates a flowing language tied up in Germany’s history, and its struggle with its own identity. 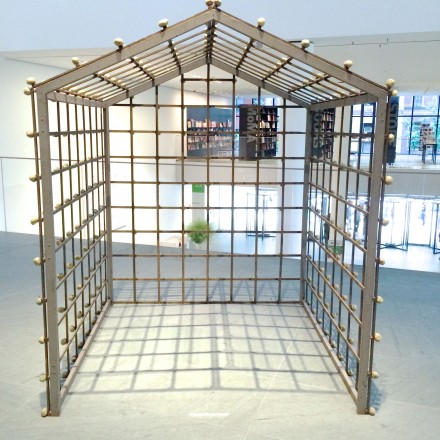 Polke’s approach to modernity is a fragmented one, littered with myriad techniques and image sets, which ultimately trace the mass media’s constant stream of images, brand identities and shifting personas on a different scale.  Unlike Warhol and other post-war denizens of pop and neo-abstraction, Polke’s critique of art and culture cuts both ways, examining the image itself, its state of degradation in the face of mass distribution, and in turn, the subsequent effects on the act of image-making itself. 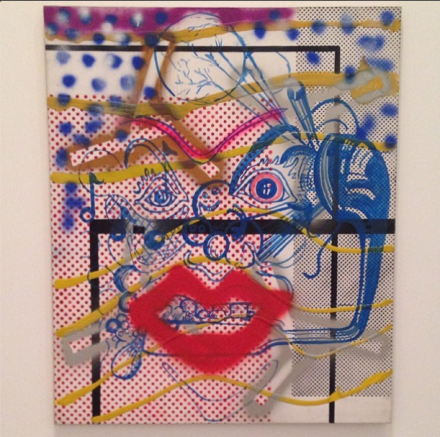 But Polke’s work isn’t only bound up in its existence as artistic image/object, and as the show progresses through Polke’s later work, a more materialist bent begins to emerge, as the artist studies the capacities for “alchemical” possibilities with his work.  Various supplies and industrial processes are left to play out in Polke’s pieces, and the act of experimentation moves more prominently to the center of his approach.  But at the same time, Polke’s later works mange to hold a subtle tie to his ongoing fascination with consumer culture, utilizing household materials to render elusively familiar effects on canvas.  The slurred, charred canvases of Polke’s later years work as a fitting counterpoint to his earlier, image-based compositions, tracing the effects and impacts of household products and industrial materials treated with the same systems of distribution and consumption.  Even as the work moves again towards outright abstraction, Polke’s technique keeps it eerily connected to capitalist exchange and use. 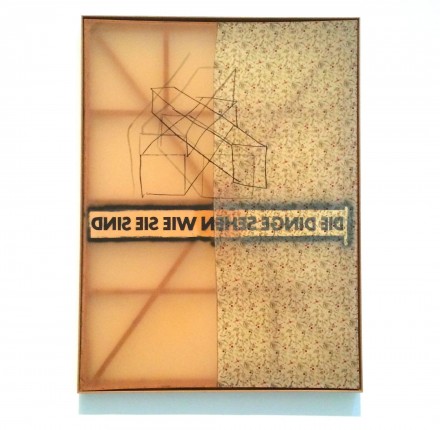 This entry was posted on Sunday, July 27th, 2014 at 12:00 am and is filed under Art News. You can follow any responses to this entry through the RSS 2.0 feed. You can leave a response, or trackback from your own site.