Galerie Thomas Zander in Cologne is currently presenting seven new works by California Light and Space pioneer Robert Irwin, which use direct and generated light as the source medium to deliver a subtle yet striking aura inside the gallery space.  As is common in Irwin’s practice, the artist specially designed the pieces on view to work in tandem with the architecture of the gallery, making the harmony of their glowing light with the space surrounding them all the more vivid and charged.  Each work contains vertical fluorescent tubes in varying colors, effectively deconstructing the borders of art making and its dimensions in terms of suggesting unconventional layers in the frame of an artwork.

The California born and raised artist began his career in the 50’s, as an Abstract Expressionist, but gradually found himself weaning his work away from grand, vivid statements in paint to measured deconstructions, eventually abandoning the medium for his new found path towards a highly conceptual approach, studying the notions of light, space and the reflections of these two elements in the perception of art. 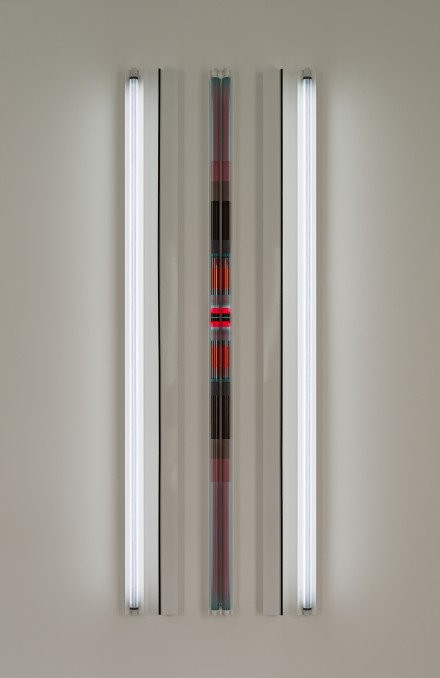 Light, as the outcome of a technological source, blurs the lines in defining the notion of two or three dimensional perception in art production, but another element, shadow, carries the argument on dimension one step further.  The contrast between light and shadow, light as a man-made source and shadow as a natural reaction, occupy the gallery space, while their harmonious interaction, (stemming from a shadow’s dependency on light to exist), accentuate Irwin’s achievement of combining nature with human industry. 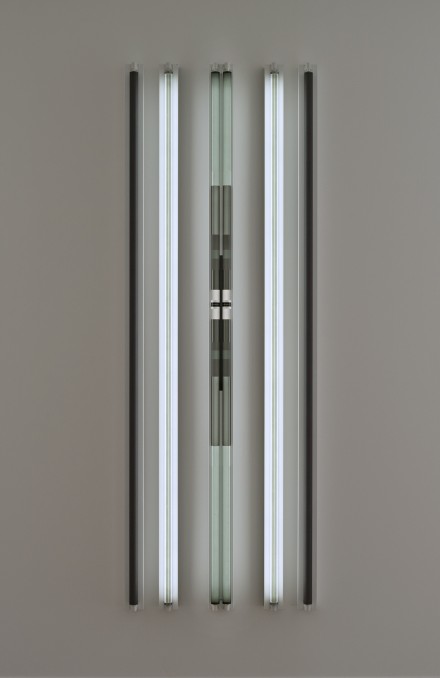 Drawing fitting inspirations from Abstract Expressionism and Minimalism, Irwin’s light arrangements examine the questions related to mainstream art production, such as material, narrative and framing, building an alternative language in the execution and perception of art. The undeniably meditative and sedative visuality of his light arrangements contrast with the synthetic and technology-driven aspect of his creation practice, blending a universal and timeless character of light with a highly contemporary and radical agenda. Orchestrating a range of colors shining out through vertical fluorescents, ambiguously titled works such as This & That, Portland Rose or Kenny Price, the pieces depict abstracted narratives left open to the viewers’ imaginations for further readings.

Irwin’s work is on view at Galerie Thomas Zander through August 23, 2014. 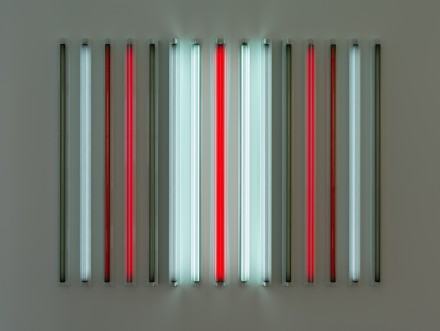 This entry was posted on Tuesday, August 19th, 2014 at 10:28 pm and is filed under Art News. You can follow any responses to this entry through the RSS 2.0 feed. You can leave a response, or trackback from your own site.