London – “Malevich: Revolutionary of Russian Art” at The Tate Modern Through October 24th, 2014 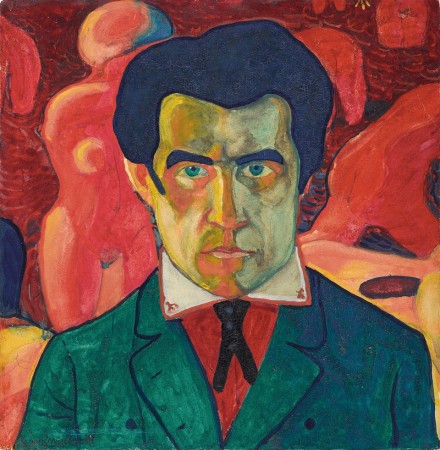 In 1915, Kazimir Malevich first exhibited his Black Square, a simple, powerful statement on the possibilities for painting in the face of contemporaries still bound up in the exploration of figurative painting and impressionist tropes.  The piece marked a bounding leap forward for modernist practice, or rather, a point of entry in its own right to the early concepts of abstraction. 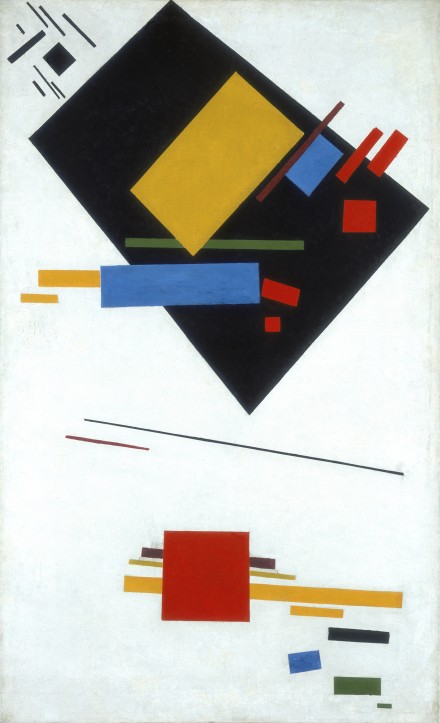 Malevich’s monumental influence on 20th century painting, and the history of abstract art sits at the center of his current retrospective at Tate Modern, the artist’s first in the UK in over 75 years.  Expanding on the previous surveys of Malevich’s work that ran in Europe this year at the Stedelijk Museum and the Bundeskunsthalle in Bonn, Germany, the Tate Modern’s focused, nuanced exhibition places Malevich on a plane of his own, charting the artist’s ongoing experimentation and innovative thought that defined Russian painting during the era, and left an enduring influence on the works of many 20th Century Masters. 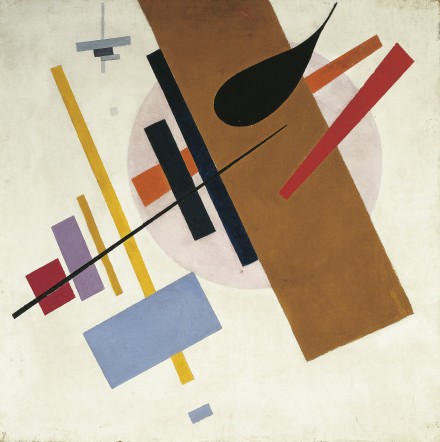 Moving through his early works on through to the artist’s development of his Suprematist manifesto, to his ultimate exile from Russia and death in 1935, the exhibition traces Malevich’s continuing evolution in thought and practice, experimenting with various approaches to portraiture, landscape painting, and finally his innovations in purely abstract painting.

What perhaps defines Malevich’s work in its own right is his skillful combination of classical mysticism, expressive color and formal awareness, and a studious sense theoretical abstraction, which appear throughout the artist’s work even before his development of his suprematist doctrines.  Works like Shroud of Christ (1908) are notably singular for their time period; bold, colorful compositions that take an exploratory approach to classic Renaissance thematics, while offering a firm indication of Malevich’s path forward. 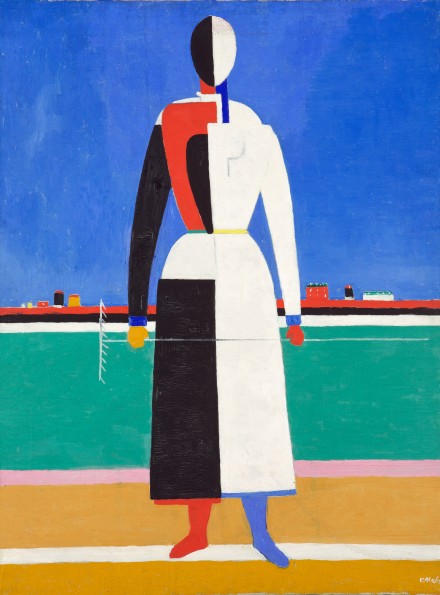 Malevich’s later body of work sought the final liberation of painterly convention, a space where the subjective application of marks to canvas was granted a focused set of gestures, a technique that ultimately sought to break away from slavish homage to the great heroes of antiquity.  His Black Square, or Red Square, fittingly enough, signal this obsession with transcendence perfectly, elegant blocks of color charged with Malevich’s own convictions towards the power of light and space.  Later works explore an ever more frenetic enthusiasm for color and space, as lines and blocks of color cascade over the surface of the canvas. 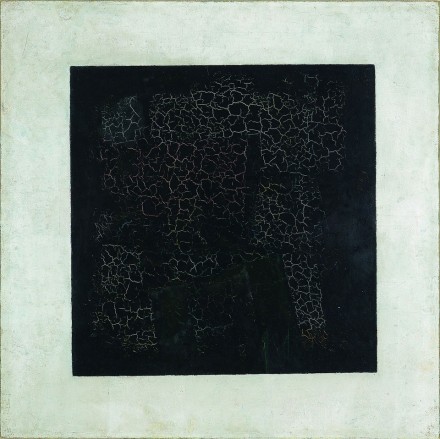 But unlike retrospectives centered around later artists, the works on view here sit on the razor’s edge of abstract painting, a point of genesis for 20th century art that stands alongside Duchamp’s Nude Descending a Staircase.

Malevich’s break with his contemporaries is as resounding as could be possible at the time, leaving Impressionist innovations and other continental schools in his wake as he charged forward.  Malevich is perhaps most notable for his ongoing willingness to declare his own work obsolete, to study the real impact of his techniques and practices, and to cast them out with little to no hesitation. It’s this constant approach to breaking new ground, and his commitment to rewriting his own rules time and again that make his work so compelling, and the Tate Modern’s in-depth retrospective so energizing.

This entry was posted on Friday, August 1st, 2014 at 12:00 am and is filed under Art News. You can follow any responses to this entry through the RSS 2.0 feed. You can leave a response, or trackback from your own site.