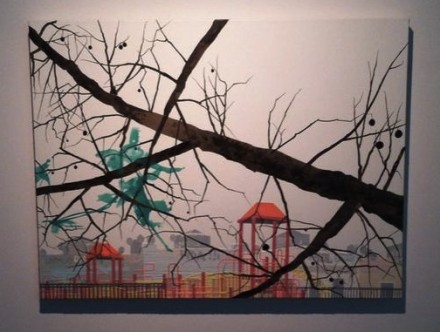 Marking an ambitious exchange between three New York galleries this summer, the exhibition Multiplicity is currently spread across the city’s varied arts communities for a three part show exploring the intersections of meanings, behaviors and interpretations of urban life around the globe.  Taking up space at NURTUREart in Bushwick, the LES’s Invisible Exports and Mixed Greens in Chelsea, the exhibition culls work from artists in Tirana, Belfast, New Dehli, Tel Aviv, New York, and Hong Kong. 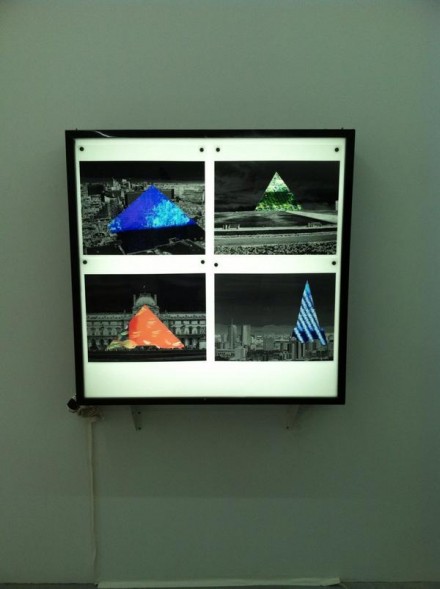 The form of the city is a rich one for artistic interpretation, almost too rich, with almost countless opportunities for exploration and interpretation of the contemporary urban existence.  Accordingly, curator Marco Antonini has instead selected the works on view as a series of questions and investigations, rather than concrete representations of the city.  Fluidity, purpose and confusion are embraced as points of emphasis, and polysemic sites are often placed at the center of the works on view.  The thematics and subject matter of the exhibition plays out as a series of themes and variations, often returning to ideas of space and movement as the backdrop for any real understanding of the contemporary city. 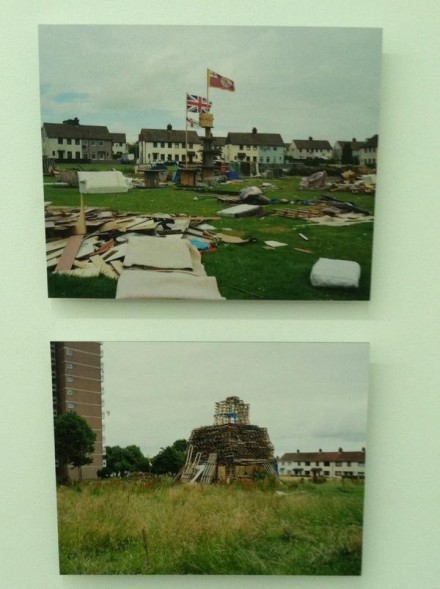 One such point often presenting itself throughout is a notion of monumentality and space as markers of various coded knowledges and identities.  These elements in particular are perhaps best felt in the work of North Ireland’s artists in the exhibition.  Addressing the violent and  fiercely divided histories of Belfast and the surrounding cities, location and meaning takes on myriad forms and meanings.  Aisling O’Beirn’s work, for instance, explores sites like the “Roaring Hanna,” a former monument site to a Protestant minister, dynamited by IRA forces and left empty.  The exchange and conflict embedded in the site is presented as backstory, and the architecture of the location is left to play out against its turbulent past.  In another series, John Duncan’s photographs of Protestant bonfires from the 11th Night (the same date as the exhibition’s opening) celebrations of British victory in Ireland.  These towering structures, covered in flags of the Irish Republic and steeped in pro-British rhetoric, take on a strange similarity to a site of worship, and combined with the refuse surrounding them, create a stark commentary on the religious/ethnic conflicts that remain a major facet of the national identity. 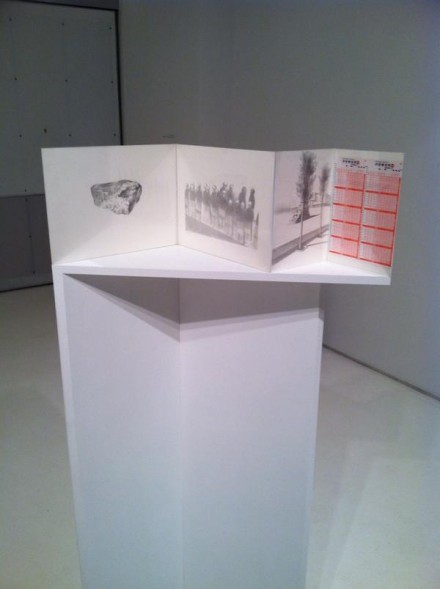 Other works take on a more architectural approach to life and interaction in city sites.  New York collective BroLab has one piece in the exhibition, a small segment of an altered terrain that was previously installed in a Queens park.  A single piece of undulating ground, composed from the same rubber materials as playgrounds and other municipal structures, the work is an intriguing isolation of the structure and placement of public sites.  Conversely, other works draw inspiration from the abandoned architectural space, places that have become altered and repurposed by unintended use.   Sasa Tkacenko’s Perfect Ride for instance, documents the movements of a professional skateboarder during a session inside the now empty Belgrade Museum of Contemporary Art.  Turning the vast, echoing spaces of the institution into a playground of sorts, the interiority of the space is blurred, as its defining elements are placed into play as general urban landscapes. 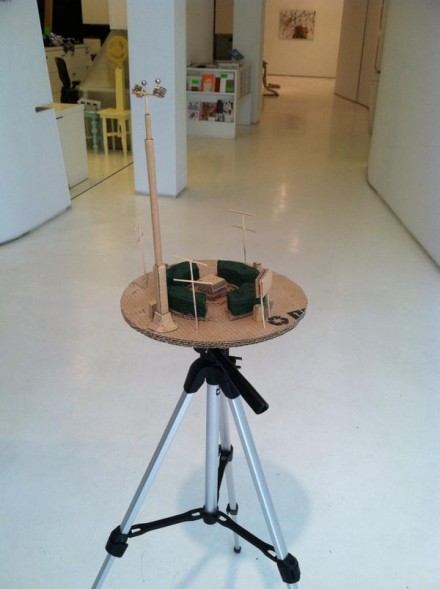 But an exhaustive exploration of the exhibition is somewhat futile, and only closes doors on the various links that may appear through a viewer’s own experiences and interpretations of the various spaces on view.  Ultimately, it’s this same exchange between the city and its inhabitants, its daily viewers, that makes it such a compelling subject, a point that Multiplicity makes explicit. 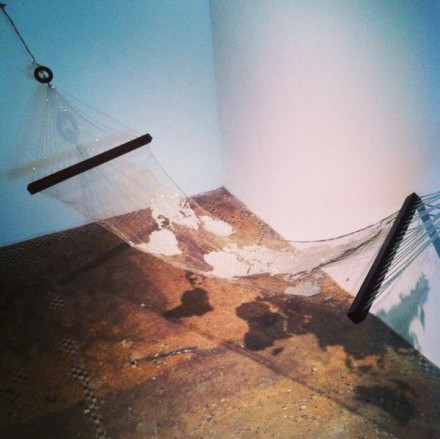 This entry was posted on Sunday, August 24th, 2014 at 12:24 pm and is filed under Art News. You can follow any responses to this entry through the RSS 2.0 feed. You can leave a response, or trackback from your own site.