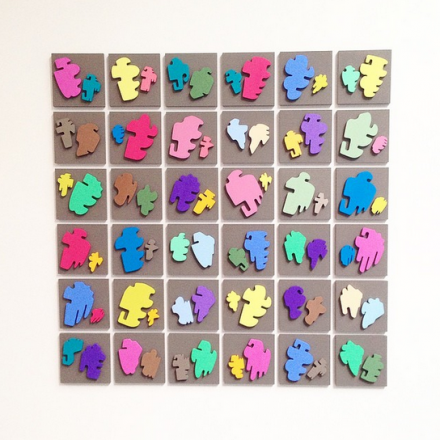 Now on view at Petzel Gallery is a solo exhibition of works by Los Angeles-born, New York-based artist Allan McCollum.  Entitled The Shapes Project, the purpose of the series on view was to design a system that would allow for the production of a single, unique shape for every person in the world, using rapid manufacturing technologies to produce infinite variations of shape and form. This exhibition will be McCollum’s sixth solo exhibition at Petzel. 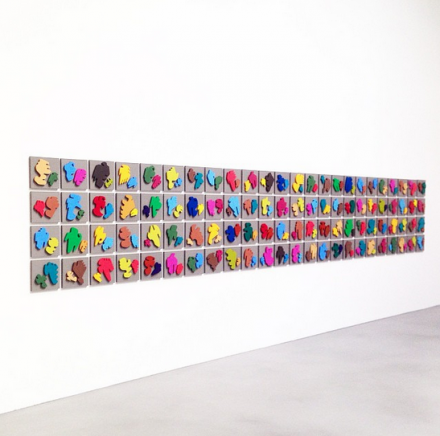 McCollum’s career has been largely dedicated to exploring the potentials for mass production in contemporary culture, without exclusively focusing on the notion of the art world proper.   He is best known for his Surrogate Paintings series, which he begin in 1977, and which he described as having resulted in an interest in creating an branded iconography for the painter himself.  The Shapes Project began in 2005, when McCollum began designing a system that was eventually able to produce 31,000,000,000 (Trillion) different shapes, a number greater than the highest current world population estimates. The most recent iteration of The Shapes Project, entitled Perfect Couples, is presented here,  a series of created pairs that could represent a variety of unique and diverse human relationships. 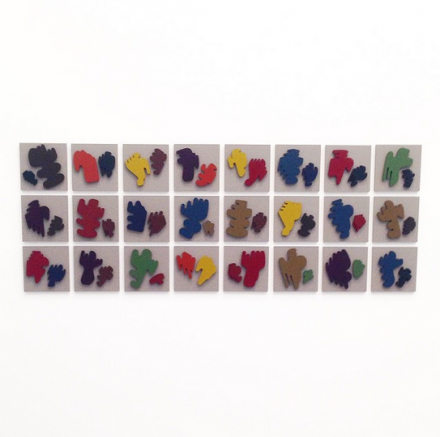 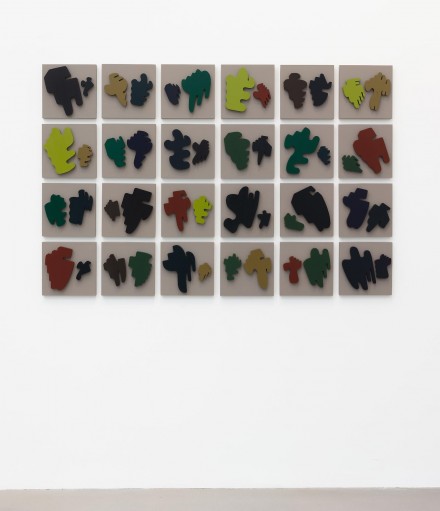 McCollum has been highly influenced by the Fluxus movement, interested in devaluing the mystique of being an artist and focusing on mass production of unique pieces, in many cases creating molds to produce many works available for all kinds of people. McCollum prefers the drama of quantity over the romance of a singular object landscape, and embraces molds that can be slightly adjusted and changed each time in order to make tens of thousands of unique works from the same basic structure. McCollum hails the idea of everyone being able to own art, not only the wealthy and privileged. 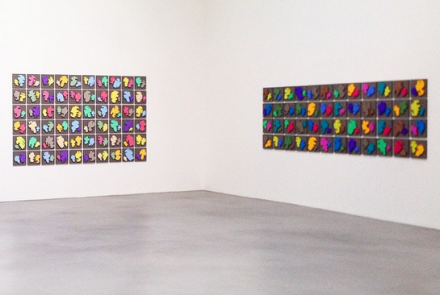 The current exhibition The Shapes Project: Perfect Couples will remain on view at Petzel Gallery through October 4, 2014. 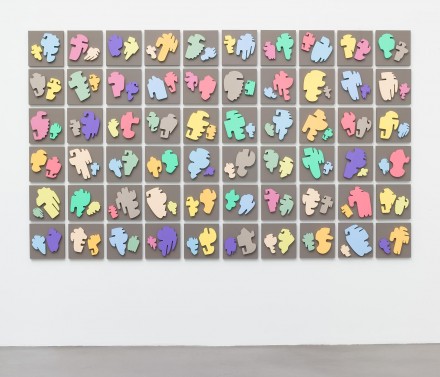 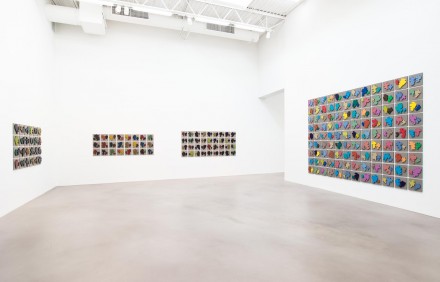 This entry was posted on Sunday, September 28th, 2014 at 12:00 am and is filed under Art News. You can follow any responses to this entry through the RSS 2.0 feed. You can leave a response, or trackback from your own site.