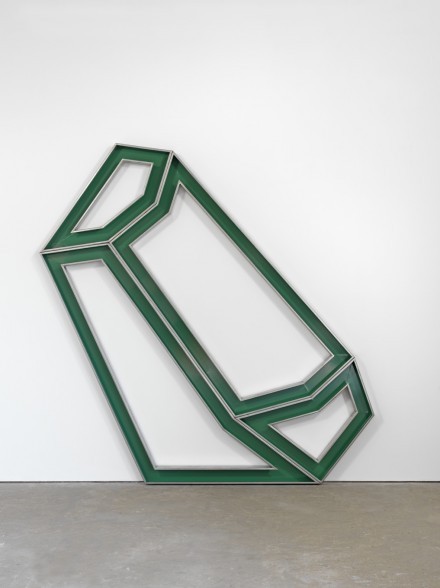 Galerie Thaddaeus Ropac is currently presenting Alphabet, Sculptures and Dessins, an exhibition of artist Richard Deacon’s new body of work, combining sculpture with a series of works on paper.  As an artist who defines himself as a fabricator rather than a sculptor, Deacon has always had an appetite for pushing the limits of production, constantly moving to new territories in material use throughout his career.  Here, Deacon seems interested in extending beyond the physical, sculptural object itself, experimenting with exterior forms and approaches. 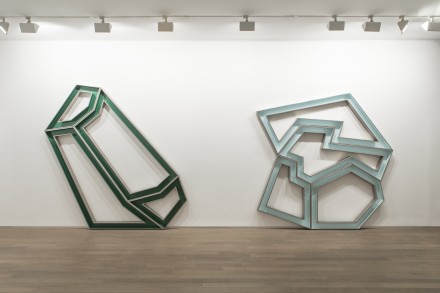 Since his emergence in the art world in the early 80s, the Turner Prize-winning artist has experimented with a range of materials in his organically shaped abstract sculptures, approaching the notions of craftsmanship and artistry with an ever-growing meticulousness and curiosity.  Stainless steel, vinyl, laminated wood, iron and even leather have been counted among his materials, while his sculptures range just as diversely in size, implying possible interpretations for his works with accentuated titles like What Could Make Me Feel This Way, or Boys and Girls. For his show at Thaddaeus Ropac, Deacon builds a primary contrast between steel and ceramic, the first used to represent an industrial sharpness while the latter symbolizes a more traditional, aesthetic approach. 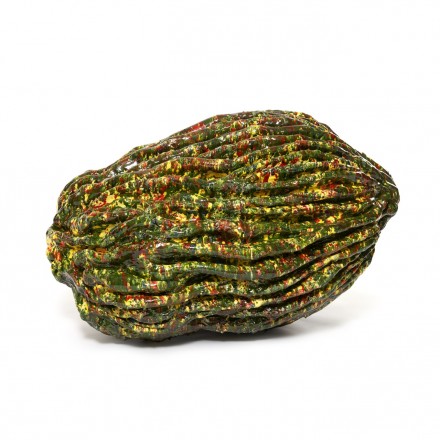 Three powder coated stainless steel sculptures from the Alphabet series stand at the ready, charged with a certain luminous vitality, all while maneuvering through exercises in abstraction and representation.  Seemingly composed as separate parts of a larger arrangement, these sculptures radiate potential motion, while remaining docked and dormant against the gallery walls.   Deacon’s ceramic sculptures, on the other hand are placed on the gallery floor, separated from the intervening assemblies of steel with their contrasting mild tones and subtle appearances.  Their biomorphic, natural forms comment on many of the common production methods in contemporary sculpture, orchestrating a subversion of their physicality as well as their fabrication process. With their glazed finishes and corrugated surfaces, these ceramic sculptures convey an alternative vitality, emerging from their organic, almost familiar outlook, triggering the viewers to contemplate on possible narratives on their existence. 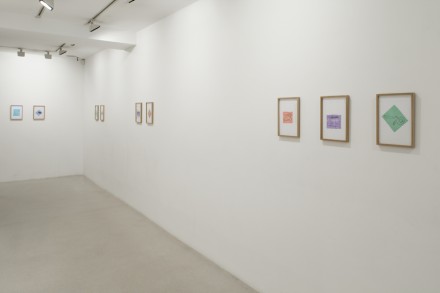 Deacon states his small scale works are domestic, the medium works are intended for a gallery space and the large works are public. His current exhibition of twelve works on paper, alongside his medium-size sculptures, reflect on the stages of artistic creation.  Similar to his three dimensional works, these works on paper, with their suggestive titles, such as You Get No.8 or You Get No.11, transfer the subliminal level of Deacon’s practice, while at the same time compile a selection of exercises on the mundane.

Richard Deacon: Alphabet, Sculptures and Dessins is on view at Galerie Thaddaeus Ropac through September 30, 2014. 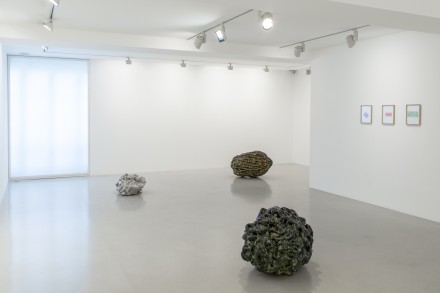 *All images are the courtesy of Galerie Thaddaeus Ropac.

This entry was posted on Monday, September 15th, 2014 at 3:16 pm and is filed under Art News. You can follow any responses to this entry through the RSS 2.0 feed. You can leave a response, or trackback from your own site.