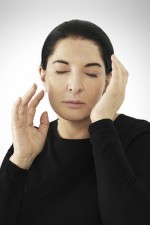 Sean Kelly Gallery has announced a new participatory work by Marina Abramovic, titled Generator, which is set to open in New York later this month.  “She will transform the main gallery into a space of sensory deprivation, an opportunity for forced introspection,” the press release says.  “Dealing with both the meditative and the communal, Generator will be a unique environment for visitors to push the boundaries of their self-awareness and inner-consciousness, as they are confronted with nothing but themselves and the palpable energy in the room.”Read more at Art News

This entry was posted on Monday, October 13th, 2014 at 12:45 am and is filed under Art News. You can follow any responses to this entry through the RSS 2.0 feed. You can leave a response, or trackback from your own site.