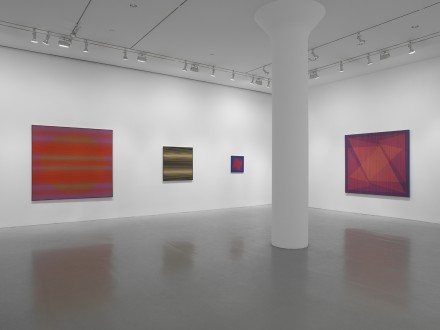 On view at Mitchell-Innes & Nash’s Chelsea location is a career spanning exhibition of Julian Stanczak, the renowned Polish artist considered to be one of the pioneers of Op Art movement. Starting with his works from the 1960’s until the present, the exhibition celebrates the artist’s long career, starting at a Polish refugee camp in Uganda in the 40’s after the artist permanently lost the use of his right arm due to an infection of encephalitis. 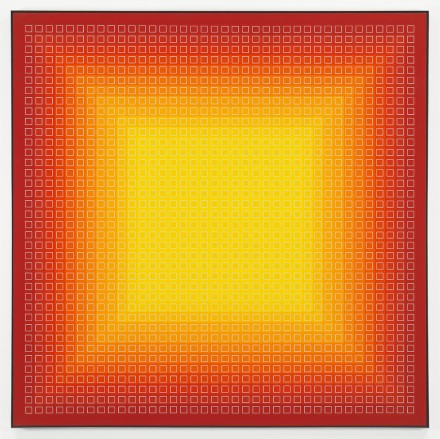 From Life, the gallery’s first solo show of the artist suggests a retrospective look at Stanczak’s career supplemented by a catalog featuring an essay by Dr. Eileen Costello regarding the artist’s influence on the emergence of the Op Art movement in the 1960’s. Stanczak who received his BFA from the Cleveland Institute of Art upon his emigration to the US, studied color theory under Joseph Albers at Yale University, where he earned his MFA.  With the influence of Albers and his teachings on the essence of colors, Stanczak started to dwell into the complexities of color to discover their immaterialist presence, and ‘the energy of different wavelengths of light and their juxtapositions’ as he stated in an interview.

Stanczak, who taught himself to paint using his left hand following his illness, reflects his nomadic and tempestuous biography in his art through calm and serene modes. Hallucinatory and subliminal arrangements of forms and colors create absorbing works of art, in which the artist delivers his viewers the freedom to build their own interpretations and narratives rather than imposing thematic restraints. The objective and uncharged nature of colors, building themselves up from a series of minimal intersections, bears unexpected and ever-changing correlations with the light of the space surrounding them. 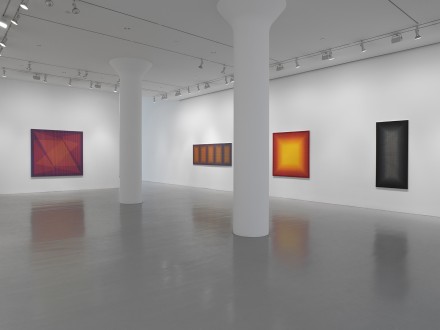 Standing as embodiments of his constant physical and emotional transformations, the artist’s works range from electric to tranquil. Aloft See Through II, Proportional Mixing, or Mediterranean adopt considerably sharper and energetic formations with their warm, energetic colors. Conversely, Spinning Away or Equatorial suggest earthier and withdrawn demeanors, always emphasizing the curious and illusive presence common to the artist’s repertoire.

Julian Stanczak: From Life Is On View at Mitchell-Innes & Nash Through December 6th, 2014. 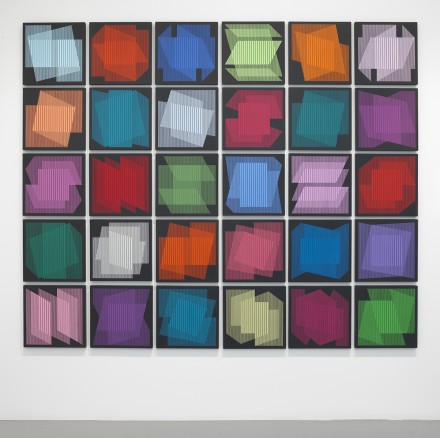 *All images are the courtesy of the Artist and Mitchell-Innes & Nash, NY

This entry was posted on Tuesday, November 25th, 2014 at 12:00 am and is filed under Art News. You can follow any responses to this entry through the RSS 2.0 feed. You can leave a response, or trackback from your own site.