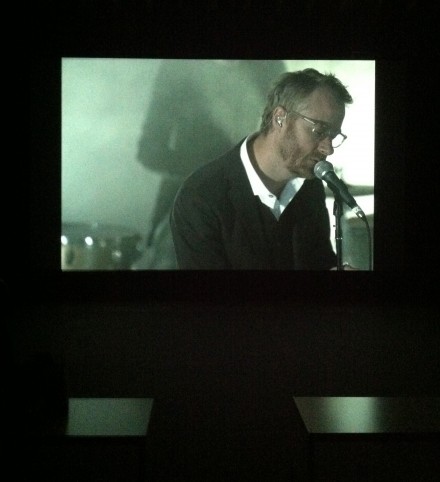 Ragnar Kjartansson, A Lot of Sorrow (2014), via Art Observed

Last year, Icelandic artist Ragnar Kjartansson was invited to perform at MoMA PS1 for the museum’s ongoing Sunday performance series.  He answered with a six hour long performance piece in which Brooklyn rock act The National repeatedly played the same song, Sorrow, over and over again.  Fighting off exhaustion, boredom, and the occasional flubbed note, the piece ran throughout the day, with the band never pausing to take a break.  The result is a single-channel video work by the artist, currently on view at Luhring Augustine’s Bushwick location. 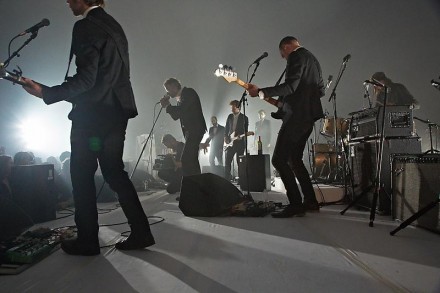 Music and time have factored heavily into Kjartansson’s practice over the past few years.  There was the artist’s floating band performances each morning of the Venice Biennale (not to mention its later documentation videos), not to mention his installation earlier this year at the New Museum, where he had guitarists and singers restage a sex scene from the Icelandic film where his parents first met.  For A Lot of Sorrow, he returns again to the long-form pop performance, with an even bigger budget, and a bigger set of names on the bill. 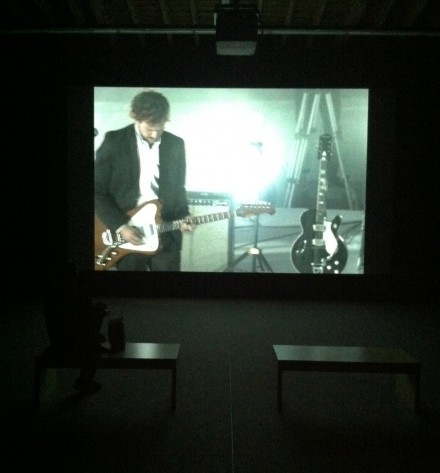 Ragnar Kjartansson, A Lot of Sorrow (2014), via Art Observed 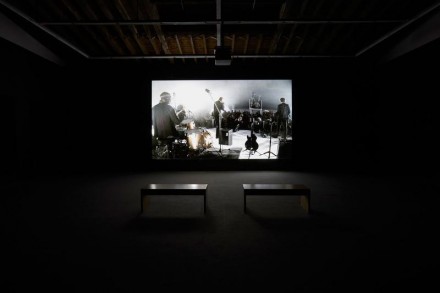 Perhaps the most notable thing regarding Kjartansson’s work here is the cinematic language that he couches the film in.  Rather than a simple documentation, the quickly switching camera angles, high contrast lighting and meticulously edited piece feels more on par with something like D.A. Pennybaker’s Woodstock or Scorcese’s The Last Waltz, classic concert films that brought Hollywood production values to the burgeoning era of rock superstardom. 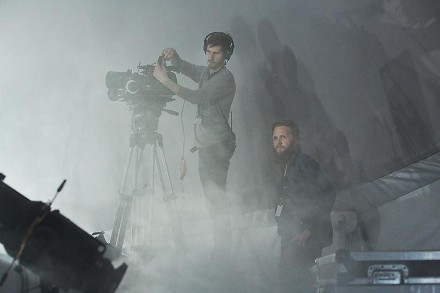 It’s this distinction, perhaps, that makes for the most fascinating turn of A Lot of Sorrow.  While taking the downtrodden, mellow overtones of The National’s song and stretching it out over the course of six-hours constituted a certain performative flair that fits in with Kjartansson’s interests in duration and endurance, the artist’s increasingly complex video editing skills allow for a certain irreverent comment on the “rock film,” as such.  One could even call this the “rock anti-film,” a project so steeped in the language of its progenitors, but which uses that same language to parody itself ad infinitum. 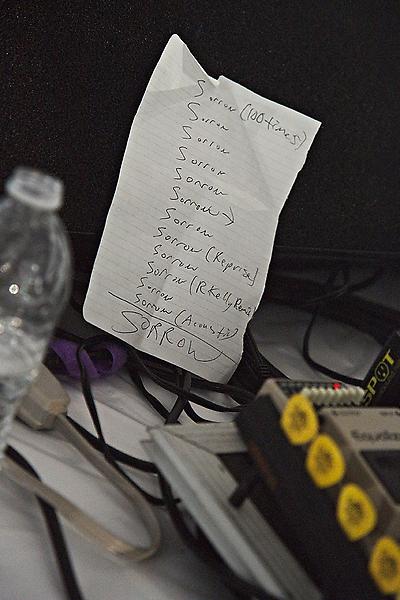 The contemporary rock concert has come to inscribe notions of time as a sort of control, with the average act rarely moving beyond one hour of music, and far less rarely into a second hour.  Kjartansson’s execution, then, seems to challenge the occasionally rigid state of modern pop music, referencing marathon sets by acts like The Grateful Dead or The Rolling Stones, while always keeping the high-minded performance art aspect of the work fully in view.  Where else, Kjartansson seems to want to say, can the rock star extend their creative machismo in a modern context?

The video is on view through December 21st. 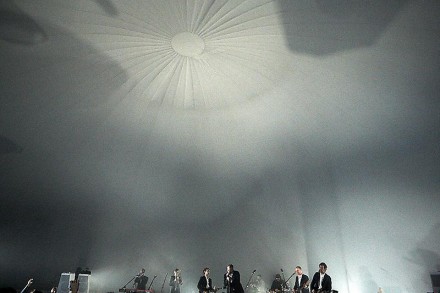 This entry was posted on Wednesday, November 5th, 2014 at 12:00 am and is filed under Art News. You can follow any responses to this entry through the RSS 2.0 feed. You can leave a response, or trackback from your own site.