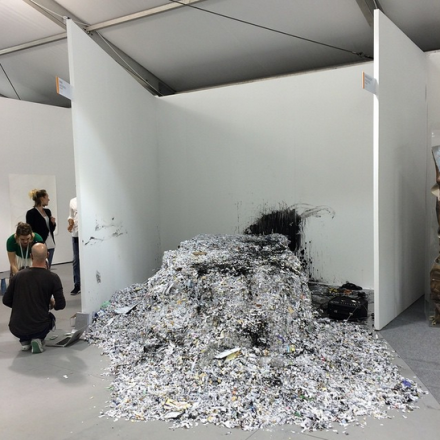 Sinne Gallery at Untitled Miami, all photos via Art Observed

Set in a strikingly designed beachfront structure, Untitled Miami carries the annual distinction as the best located fair of Miami Art Week. But the fair itself has also built a reputation for its highly selective and carefully arranged list of exhibitors, an approach that has earned it a premier position among the throng of fairs flocking each year to South Beach. 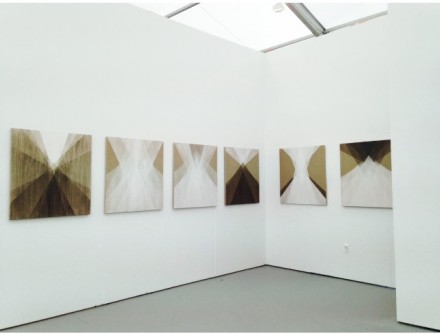 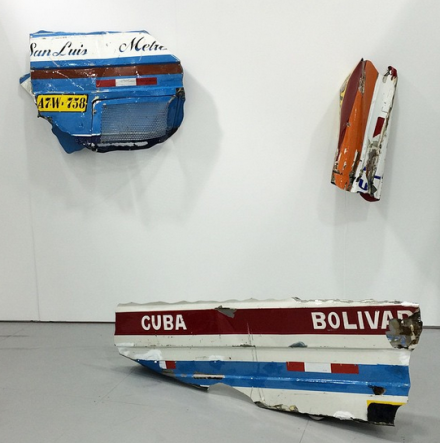 This year, the fair returned with a larger gallery exhibitor list, pulling from an international set of applicants  for its latest edition. Opening for a special VIP reception Monday before its previews and Vernissage on Tuesday, it had already gotten a jump start on sales by the time the doors opened to the public on Thursday.  But given its position as one of the more exclusive peripheral fairs during Miami Art Week, this year’s Untitled seemed intent on a lighter exhibition atmosphere and a more open, accommodating floor plan, with notable results.  “The energy has been really great this year,” Microscope Gallery founder Elle Burchill told Art Observed.  Her gallery was showing a set of works from Zach Nader, offset collage pieces that created dizzying patterns from what appear to be stock images. 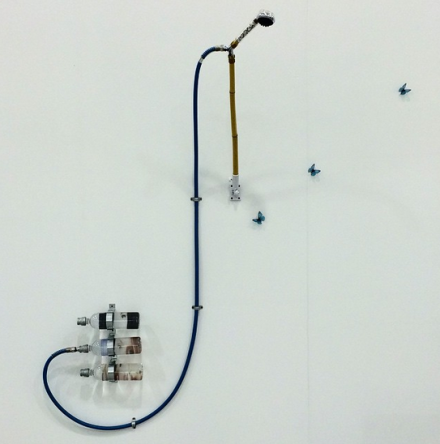 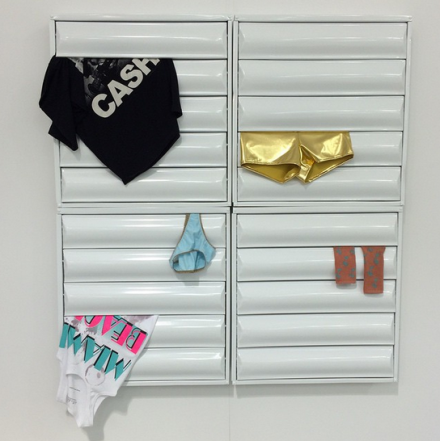 The works on view ranged from more formalized exercises in sculpture and painting to a number of peculiar installations and mounted works.  Chicago’s Carrie Secrist Gallery, for instance, was showing a striking shower-head installation, mounted alongside a series of digitally printed waterbottles and mounted butterflies, while over at Finnish gallery Sinne, an immense column of shredded paper and littered material dominated the space, preventing visitors from getting to close. 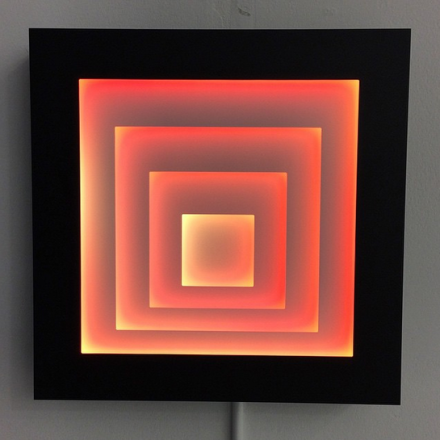 Anonymous, a Mexico City based gallery that has strong ties to New York, started the week off well. “We’ve already sold Nick Farhi and Pryce Lee’s work and have a lot of interest in the rest of the booth,” said gallerist Joseph Henrikson.  The gallery was also showing a shuttered work by Radames “Juni” Figueroa, stuffed with brightly colored tourist shirts and shining pant legs.  Artist Rachel Garrard also sold well during the fair, with a set of 8 condensation paintings curated by Mitra Khorasheh on view at Klemens Gasser and Tanya Grunert selling out during the first day of the fair. 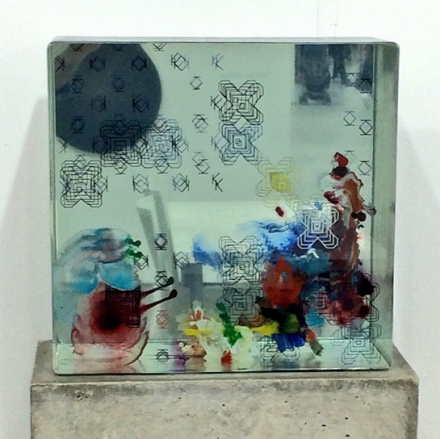 Over at Oakland’s Johansson Projects, artist Craig Doerty was selling a selection of gently shifting light works, composed of carefully cut aluminum and strings of LEDs.  Gradually shifting and changing colors, the works bore a striking resemblance to the work of James Turrell and Doug Wheeler composed in miniature.

Leaving the fair Sunday evening, against the backdrop of the Atlantic surf, spirits seemed high among both collectors and exhibitors, ready to return next year. 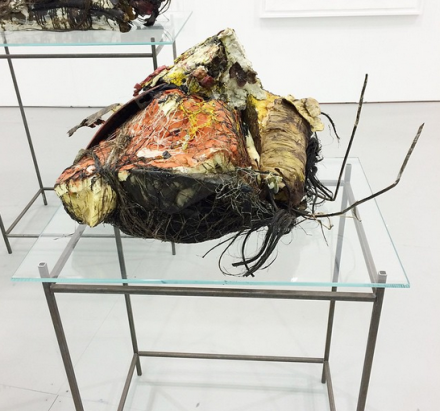 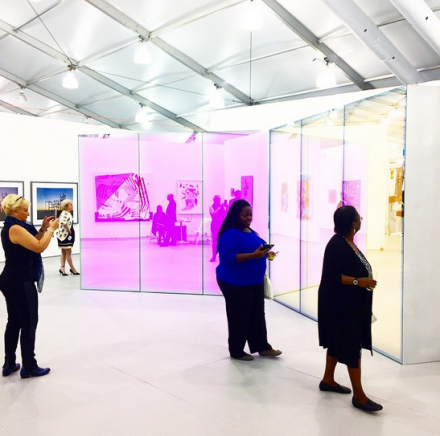 This entry was posted on Monday, December 8th, 2014 at 6:46 pm and is filed under Art News. You can follow any responses to this entry through the RSS 2.0 feed. You can leave a response, or trackback from your own site.