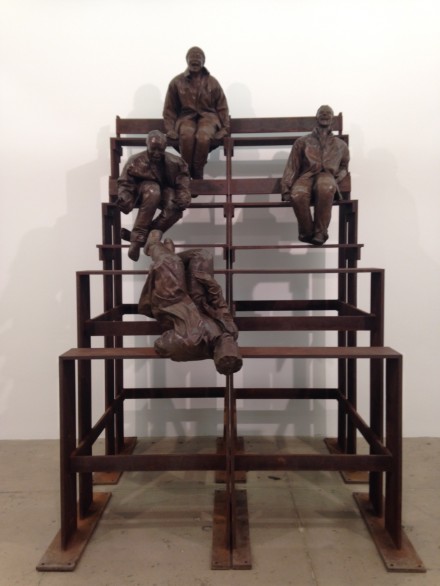 Juan Muñoz, Thirteen Laughing at Each Other (2001), all photos via Osman Can Yerebakan for Art Observed

Marian Goodman Gallery is currently presenting a selection of Juan Muñoz’s expansive body of work, with a particular focus on the late artist’s works between 1984 and 2001. Curated by Russell Ferguson, the exhibition encapsulates the influential sculptor’s visceral, vibrant sculptural technique in which a peculiar buoyancy is transferred through narratively mute representations. 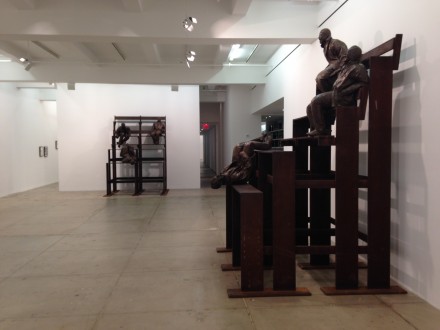 Juan Muñoz, Thirteen Laughing at Each Other (2001)

The most vivid outcome of this deliverance is Thirteen Laughing at Each Other, a large-scale sculptural installation with an undeniably vibrant energy. Three grandstands seat a group of anonymous men, each without unique facial characteristics, in an intense moment of excessive laughter. The fact there is no implied information about the scenario infuses a spontaneous, yet discreet vitality into the installation in which the viewers are left to observe an ongoing, ambiguous plot. The tension between these three grandstands and the group of men laughing intrigue the viewers’ urge to base the visual data on a coherent explanation, but the lack of given information complicates this possibility. 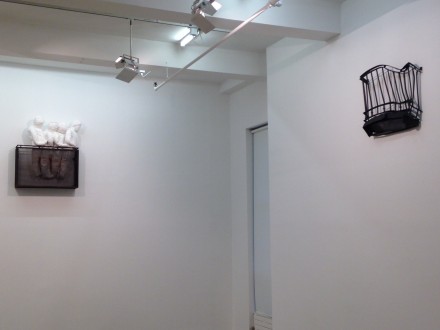 Muñoz, who was one of the foremost Spanish artists from the post-Franco era, built an exceptional body of work complicating the coded social interactions between individuals, while juxtaposing fluid and vague scenarios in which unusually identical beings come together in equally unusual modes. His ambitious body of work, which could be regarded as political, psychological or simply personal, gains this power from an uncanny familiarity for any viewer, while managing to remain somewhat foreign and reserved. 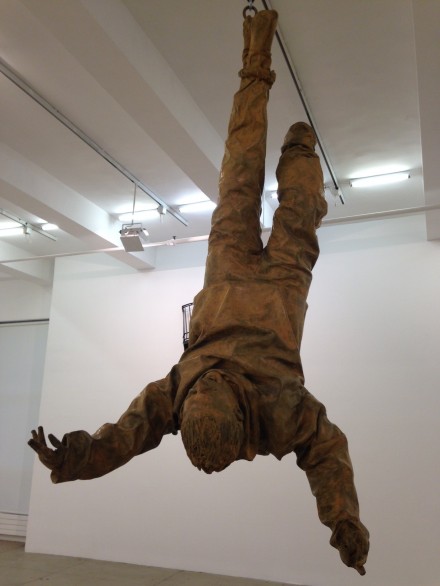 Figure Hanging from One Foot, for instance, a sculptural piece installed hanging from the ceiling, is another example for the artist’s signature practice, freezing the flow of time in the human form. The loaded kinetic energy within the human body is captured within a paused moment of freefall. The physical presence of the sculpture captures the gallery room, extending from its materialistic wholesomeness into the room full of space. 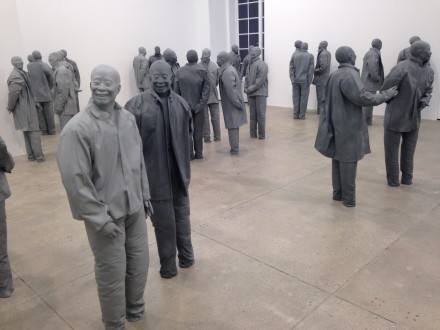 Placed on a separate floor as the first part of the exhibition is Many Times, an installation featuring multiple human figures made from polyester resin. Similar to other human depictions in the exhibition, these figures are in the middle of a dialogue with each other, performing a joyous demeanor within their own distinct, and more importantly, distant reality. Their unusual body heights, which are shorter than an average person, and their noticeably foreign facial structures support their unearthly states.

Juan Muñoz is on view at Marian Goodman Gallery through January 31, 2015. 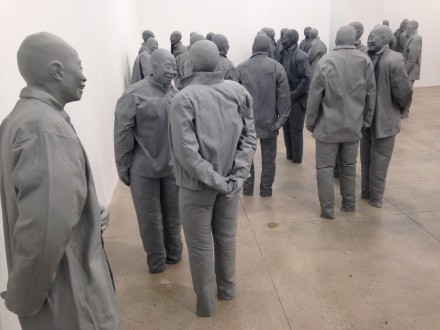 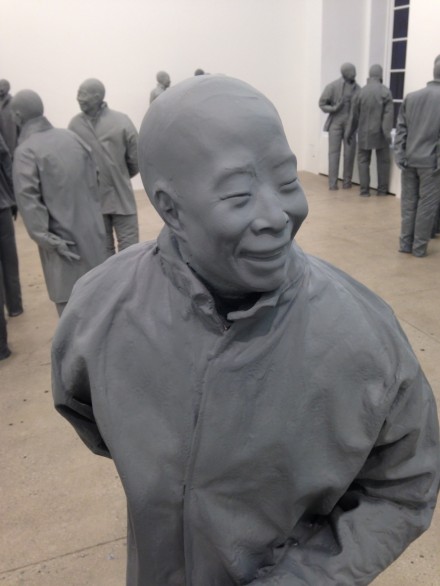 This entry was posted on Thursday, January 1st, 2015 at 8:00 am and is filed under Art News. You can follow any responses to this entry through the RSS 2.0 feed. You can leave a response, or trackback from your own site.