The Museum of Modern Art is hosting the first US exhibition focusing on the work of the late Sturtevant, one of the foremost artists to initiate conversations on commodification and appropriation of artworks, after the late artist was the subject of various solo shows in Europe. Born Elaine Horan in Ohio, Sturtevant always chose to remain discrete about her biography, so much that her year of birth is still a matter of discussion. 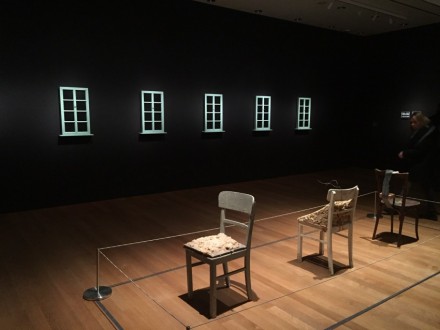 Upon her arrival to New York to study at Columbia University, Sturtevant began to recreate artworks by famous artists, all of whom unsurprisingly happened to be male. Andy Warhol, Roy Lichtenstein, Marcel Duchamp and Claes Oldenburg delivered the most celebrated and looked after works of their times, while Sturtevant rigorously replicated their works, or created studiously similar works that could not be traced back to an original. In the mid 60’s she had reached to the peak point of her career, proved by the anecdote of Warhol, who let her use his silkscreens, and who would answer insistent questions about his printing technique by saying “I don’t know; ask Elaine.” 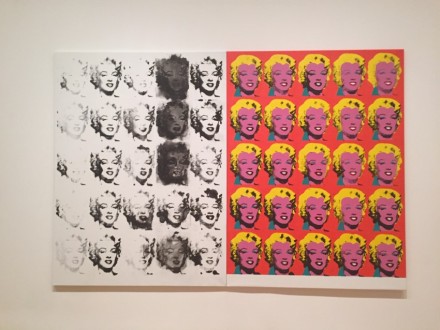 The selection on view at MoMA grasps the artist’s legacy on art making, delivering an expansive approach on her long career that in her recent years had departed from her signature style towards a more technologically-infused, video-based practice. Also included in the show is the artist’s recent video installations, which adopt a visually abundant presence via abruptly changing imageries of blossoming flowers and references to other artists, as well as commercials and other taped programs.  The work has received international acclaim and recognition, proved by the Golden Lion the artist received at the 54th Venice Biennale. 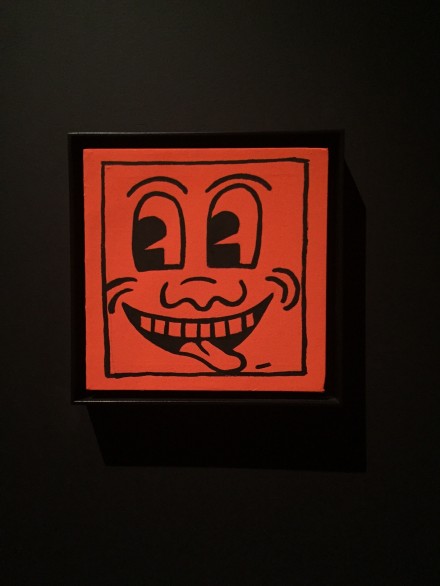 While there is no doubt that direct copying or plagiarizing famous artworks were not her explicit intentions, Sturtevant deliberately patterned scenarios for viewers to challenge their perceptions on collectively canonized and credited art history through a direct subversion of their dominance. There’s a distinctly uncanny sensation in the show when one stands at a highly familiar, yet slightly foreign artwork, one which challenges the pre-accepted understandings on these infamous artifacts and how they are coded within the common sense as the commodities of transcendence. 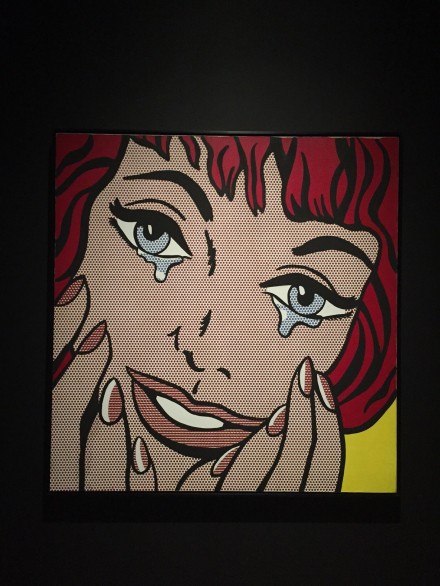 Challenging the constantly rising expectations among the viewers and art professionals, she emphasized the fluidity of highly credited notions such as authorship and originality. Besides iconic names such as Warhol or Duchamp, who already were in the heights of their careers, Sturtevant also replicated works by then-emerging young artists such as Robert Gober or Felix Gonzales-Torres, proving her keen eye for what is revolutionary and avant-garde for its time. The experience of being introduced to Sturtevant’s oeuvre in the MoMA building, the temple of 20th century Modern art that remained as Sturtevant’s major source of inspiration, is particularly one of a kind.

Sturtevant: Double Trouble Is On View at MoMA Through February 22, 2015 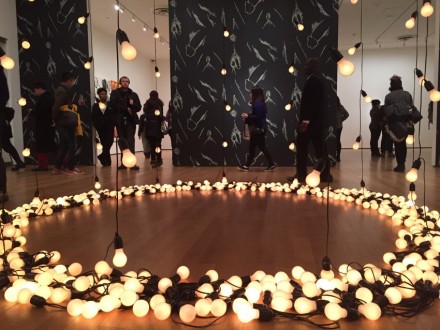 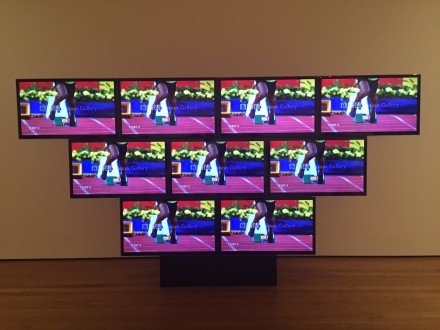 This entry was posted on Thursday, February 5th, 2015 at 12:00 am and is filed under Art News, Featured Post, Show. You can follow any responses to this entry through the RSS 2.0 feed. You can leave a response, or trackback from your own site.