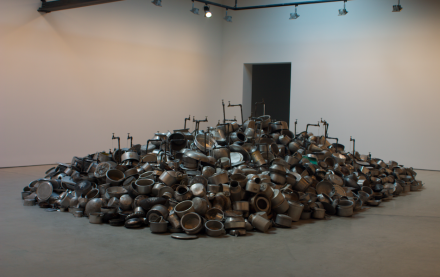 Subodh Gupta, This is not a fountain (2011), via Ross Maddux for Art Observed

Subodh Gupta’s most recent show at Hauser and Wirth is an exercise in the personal.  Long known for works combining the intensely personal with broader social constructs and ritualistic approaches to the art object, his current exhibition places an even more central focus on the intensely personal, communal relations life in India, and his emphasis on the unifying, material structures over which daily life proceeds. 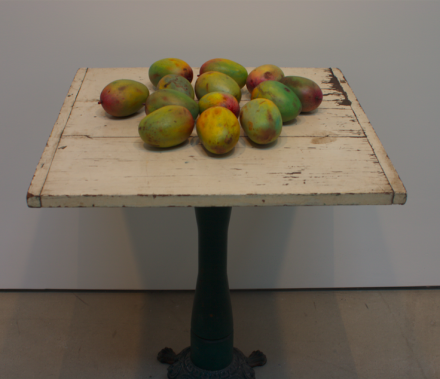 “This work is reality to me,” Gupta told the gathered crowd at his press preview earlier this month. “Committed to the common people.”  Spanning works from across his career, including a revived performance from 1999, daily life provides the opportunities for lingered appreciation, surreal phenomena, and the interjection of artistic turns directed towards both the sacred and the populist. 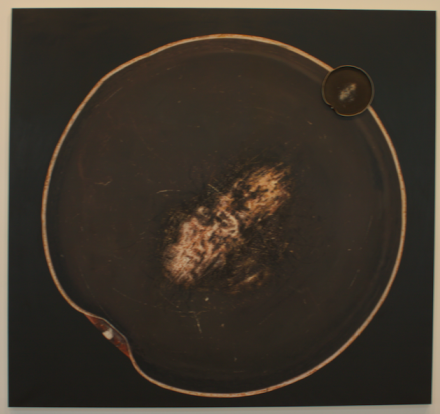 Food is a nearly constant theme throughout, and by extension, the artifacts and architectures of the kitchen, which Gupta recreates in a range of methods.  Upon entering the space, one is immediately greeted by This is not a fountain, a coy nod towards the art historical that places used kitchen utensils into a pile, punctuated by spigots pumping water out over the mass of aluminum.  In other works, Gupta takes a more direct approach, actually rehanging dish racks from the homes of family members as a method of portraiture. 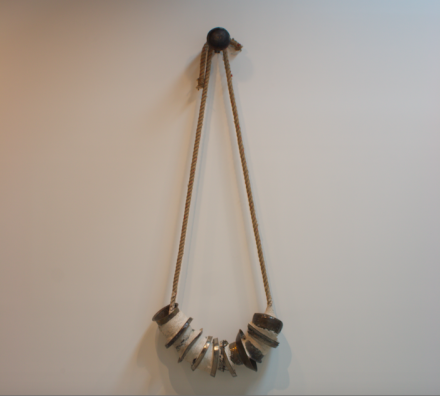 The range of operations Gupta exhibitions here are broad, and as a result, the work plays out as a series of variations.  Food itself, including bronze replicas of potatoes and mangoes, alternate with enormous arrangements of pots and pans, countered again by immense assemblages of cooking tongs or video of bread preparation.  Subtle narratives mingle alongside immediately familiar tableau, always underscoring Gupta’s focus on the domestic and the shared dimensions of labor and sustenance in Indian culture.  Perhaps this is best seen in his recreated performance, Pure, an immense block of mud and cow dung (a sacred material) in which a number of tools and utensils are submerged, leaving a deep imprint in its surface.  The treatment of these objects with a ritualistic preservation ties itself to Gupta’s own personal histories, and that of his broader cultural-religious milieu, turning sacred actions back in on tools of labor and survival, a method that manages to keep itself grounded while aspiring to the conceptual language of contemporary practice.

Seven Billion Light Years is on view through April 25th. 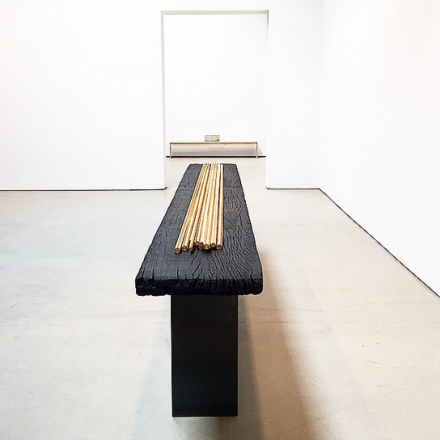 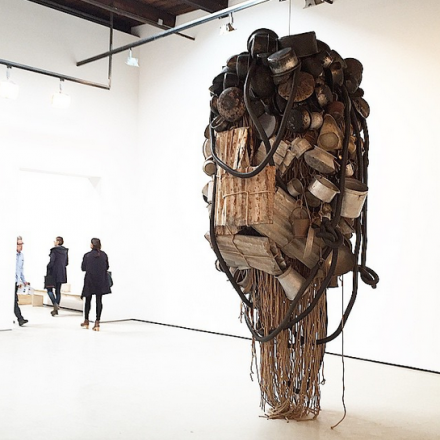 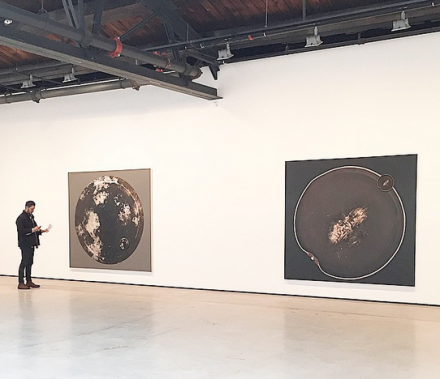 This entry was posted on Tuesday, February 24th, 2015 at 12:00 am and is filed under Art News, Featured Post, Show. You can follow any responses to this entry through the RSS 2.0 feed. You can leave a response, or trackback from your own site.