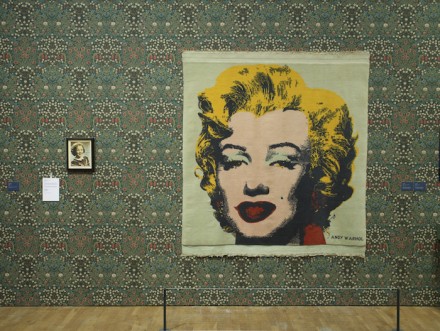 In Love is Enough at Modern Art Oxford, artist Jeremy Deller brings together the work of William Morris and Andy Warhol, two renowned artists from vastly disparate eras who served as something of artistic icons of their respective generations.  Drawing on a uniquely perceptive appreciation of both artists, Deller has created a seamless installation that shows a conversation across centuries over the accessibility of art and its purpose in countering the harshness of industrialism. 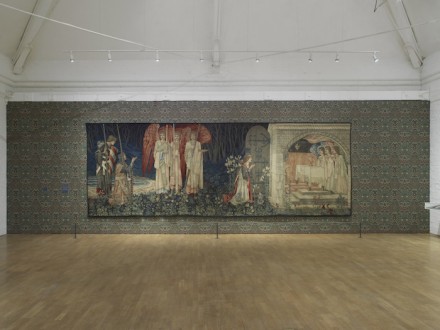 The exhibition opens with the Hollywood celebrities found in so many of Warhol’s works placed opposite Morris’s depictions of knights and other Medieval figures. The two artists both had a deep interest in these untouchable heroes, elevated to a near superhuman nature. As a child, Warhol would write to his favorite Hollywood stars asking for autographs, and Morris spent his childhood drawing images of knights, but the interest of the artists in their respective heroes extends beyond the merely personal: there is a tendency in all of us to revere people of such mythical status. Even the arrangement of this room in the exhibition makes Marilyn Monroe appear to gaze at those knights placed across from her with admiration in her eyes. 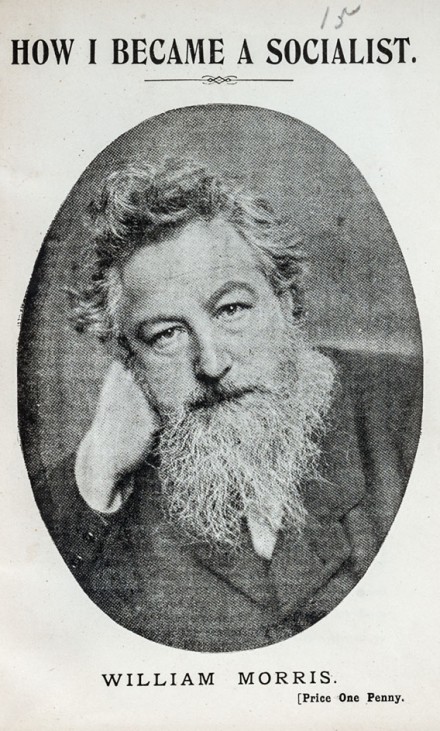 William Morris, How I Became a Socialist (1894). via Wallpaper.

Both artists also railed against the different forms of capitalism and industrialism of their times, with Morris writing political pamphlets and Warhol depicting politically charged images, such as race riots and the electric chair in his art. Deller especially works to undermine the often held superficial perceptions of Morris as a communist obsessed with Medieval imagery and Warhol as a celebrity-crazy artist churning out commercialized prints.  In an interview with the Guardian, Deller points to Morris’s ideal factory described in his pamphlet A Factory as it Might Be, comparing it to Warhol’s workspace, appropriately named the Factory: “Everyone thinks [Morris] is a luddite. He wanted people to have gardens and grow their own vegetables. But Morris didn’t oppose machines: he thought they were good if they took away demeaning labor … I think that William Morris would be very happy that, in 2014, we live in Warhol’s world, that we don’t work in the kind of factories he hated.” 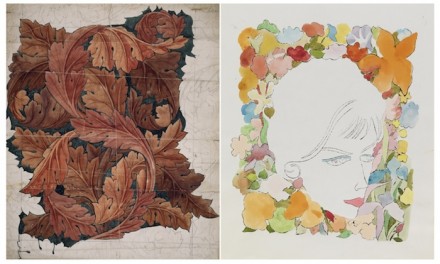 The politicized subject matter and the repetitive form found in both Morris’s and Warhol’s works are partly the result of their shared interest in democratizing art, giving everyone a voice and a view. However, not all of their mass-produced and widely accessible art is marked by politics. In Flower Power, the final room of the exhibit, Deller has collected flower motifs from each artist, showing one place where the two artists complement each other aesthetically, despite the apparent differences in the overall appearances of their bodies of work. Morris’s detailed floral wallpaper installed on the walls provides a good frame for Warhol’s flower screen prints and delicate drawings, leaving the audience with a pleasant and powerful visual connection between the two icons. 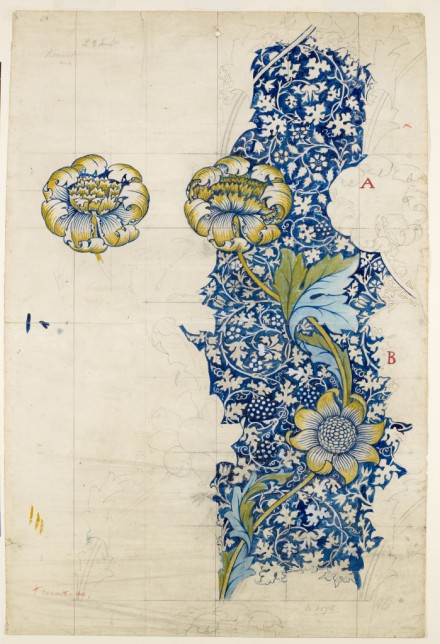 This entry was posted on Tuesday, February 17th, 2015 at 12:00 am and is filed under Art News, Featured Post, Show. You can follow any responses to this entry through the RSS 2.0 feed. You can leave a response, or trackback from your own site.