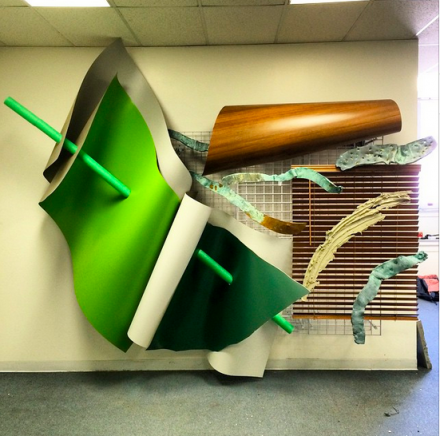 Heavy snow beat down the doors at SPRING/BREAK art show during Armory Week, now in its fourth iteration and housed in the wood-paneled third and fourth office floors of Skylight at Moynihan Station, a unique space that makes for a fitting continuation of the fair’s imaginative, distinct style.  The curator-driven show has more more than doubled in size since last year’s public/private-themed exhibition at St. Patrick’s Old Cathedral School in Nolita, SPRING/BREAK’s home for the past several years. The number of participating curators also rose from 39 to 97, bringing an increased number of artists as well, from 100 to over 300 people for 2015. 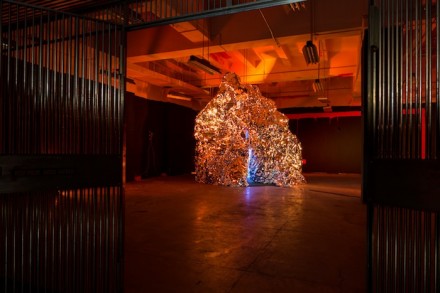 A unique economic model, one where exhibitors pay nothing to participate but give 30 percent to the fair at sale, allows for a brash yet friendly atmosphere and bizarre combination of established and emerging, fresh and returning artists.  Founders Ambre Kelly and Andrew Gori use free spaces to facilitate this model: the Catholic Church owns the Old School, and Moynihan Station, still home to a functioning post office, is owned by the government.  The founders took full advantage of the atmosphere and this year’s theme, TRANSACTION, by legally marrying each other — while texting and otherwise conducting business — during the event’s vernissage. 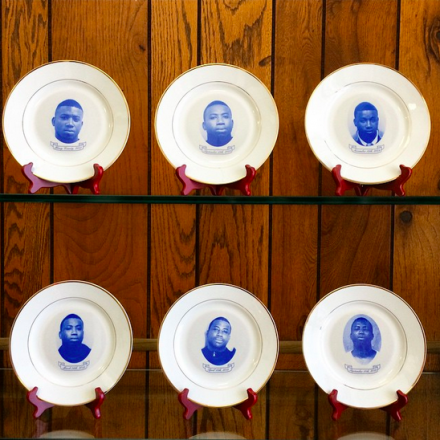 Visualpilots (Simon Haenggi and Christoph Thüer), Luminessenz: Space is Only Noise (2015), curated by A. Moret, SPRING/BREAK Art Show 2015, via SPRING/BREAK

In many rooms, office detritus lingered alongside the work. Dustin Yellin’s space dealt squarely with this and the idea of transaction by setting up a business called Tree-Tech: Landscape Specific Element Removal Services, staffed with strapping young members of the collective Bizarre Teens in white coveralls. A business specialty listed in the catalogue is currency removal, and Yellin claims to have shredded $10k of cash to create a series of paintings, each a black field with constellations of green.  Philip Garner, now known as Pippa Garner, is a conceptual and performance artist who began work in the 70s. Curator Samuel Parker discovered Garner’s Better Living Catalogue in his parent’s basement and collaborated with Garner to recreate — with the same vintage aesthetic and cheeky sense of humor — many of the works featured there, including the “palmbrella” and high-heeled roller skates. 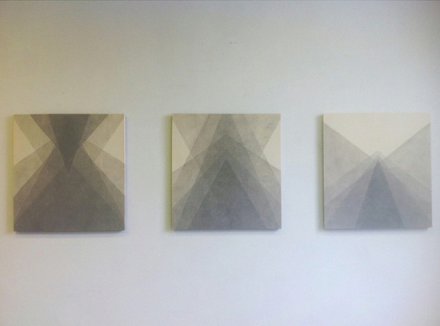 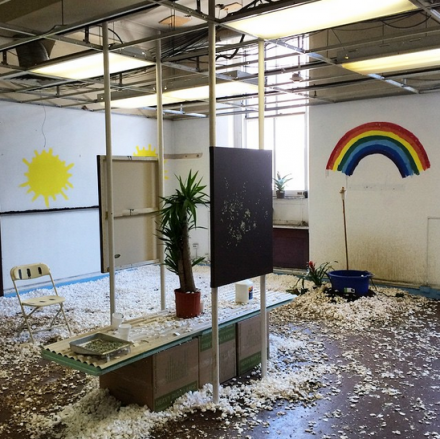 Bizarre Teens with Dustin Yellin at SPRING/BREAK, via Art Observed 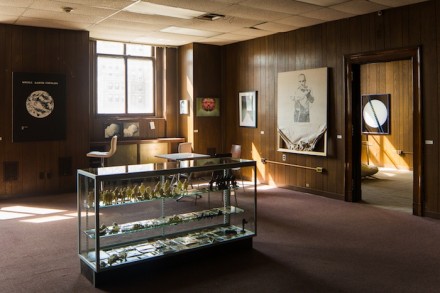 Exhibition view, Don’t Get High On Your Own Supply (2015), curated by Kathleen Cullen, SPRING/BREAK Art Show 2015, via SPRING/BREAK

Juxtapositions are rife. Visitors walk across the hall from a room designated ‘BAR’, where snacks and drinks are sold, and where an actual bar called Beverly’s sells art, not drinks, into a modest room filled with works by Jean-Michel Basquiat, as well as photographs of the artist. Curated by Barry Frier, they have only been seen once before, at a special sale hosted by Christie’s, culled from the collection of Basquiat’s former girlfriend, Alexis Adler.

A Louise Bourgeois and Tracey Emin collaboration, And So I Kissed You, was part of the lascivious In Your Dreams, curated by Marina Schindler. 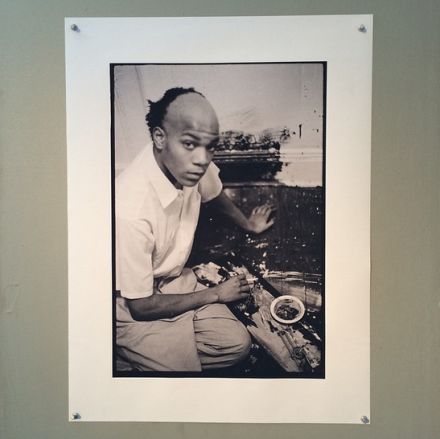 A photo of Jean-Michel Basquiat from the Alexis Adler Archive at Spring Break, via Art Observed 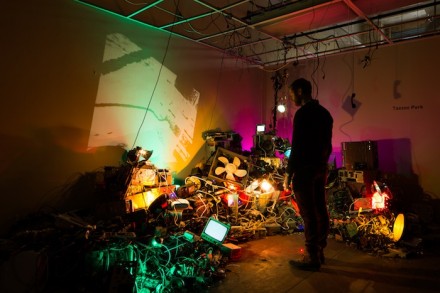 Riitta Ikonen’s postcards, including a bag of white powder sent through the mail, were a lovely fit for the transaction theme as part of curator Yulia Topchiy’s subtle, clean Unspoken Dialogue, and artists Guy Nelson and David Packer curated from a selection of participants in Guy Nelson’s modern salon, Aquarium. Nelson’s clean, strong, elemental sculpture was featured, as was a bizarre sculpture by Packer, featuring a series of ceramic owls clustered together on a shipping pallet. 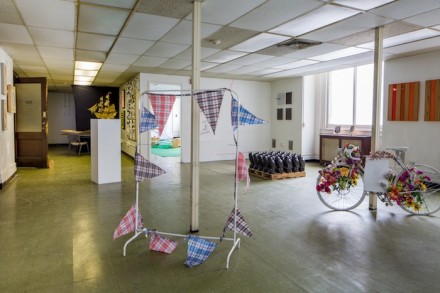 Encouraging exploration and the unexpected as a welcome counterpoint to the Armory Show and its high-gloss counterparts, SPRING/BREAK’s free-wheeling exhibition is open through Sunday, March 8th, 2015. 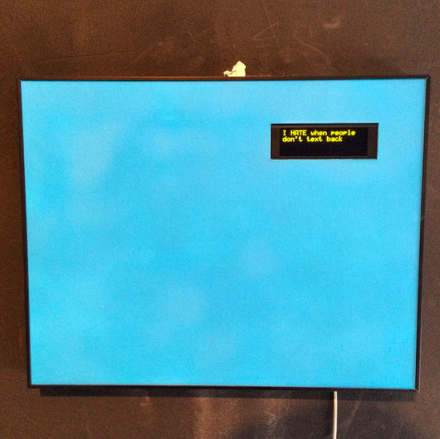 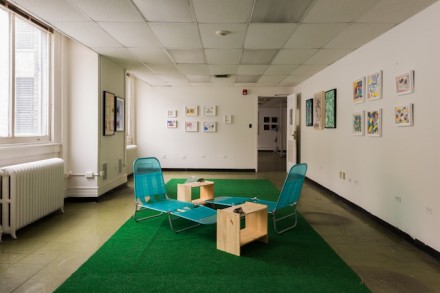 This entry was posted on Saturday, March 7th, 2015 at 2:55 pm and is filed under Art News, Featured Post, Show. You can follow any responses to this entry through the RSS 2.0 feed. You can leave a response, or trackback from your own site.