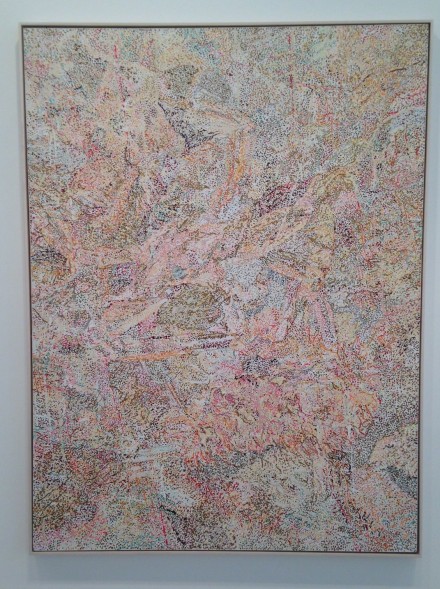 Nancy Graves, Camouflage Series #4 (1971), all images are by Osman Can Yerebakan for Art Observed

Currently on view at Mitchell-Innes & Nash is a select body of work by artist Nancy Graves, focused around the late artist’s New York-based Foundation, and which promise an expansive look at the pioneer Conceptualist’s bright career before and after her passing in 1995, including a Whitney retrospective that marked her as the first female artist to have a solo retrospective under museum’s roof. 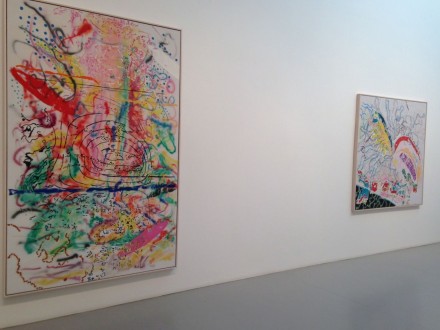 Graves’ travels to different parts of the world, particularly her journeys to Morocco, Egypt and Peru were an influential period in her biography, shortly after her graduation from Yale with an MFA in painting. In relation to these travels, camels, with their mysterious and hybrid forms, evolved into an important source of inspiration for the artist who regarded them as the ‘unworldly compositions of the illusion and the reality’. 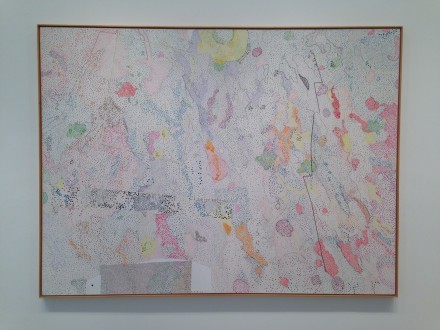 The exhibition at Mitchell-Innes & Nash combines Graves’ studies for camels with her equally striking works on canvas, continuing her fascination and curiosity towards the mysteries of nature. Created under what can be defined as a ‘pointillist‘ style, these large scale works bear a visual language that engages with nature and the sublime, whilst remaining tied to a material-driven practice that utilizes cut-outs from natural history books or replicated topographical maps of the ocean floor. Pieces such as Camouflage #1, or Frau Mauro Region of the Moon, prove her long term interest in merging two practices that rarely unite. Nature and art, one symbolizing tangibility and the other fluidity, not only intertwine, but also exchange sides in Graves’ dialectic. 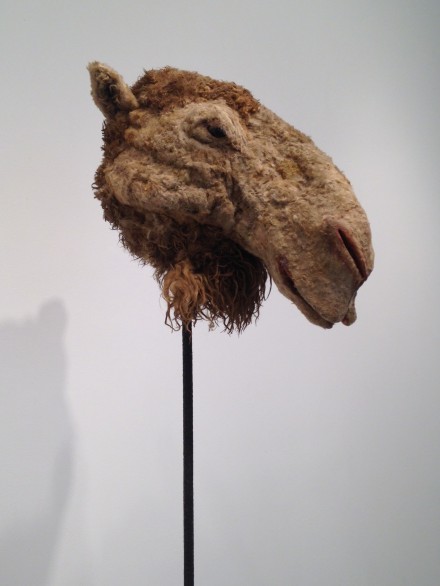 The artist’s studies on the camel’s body forms, for this reason, are not merely an outcome of her investigation into an abstracted symbolism. Graves’s camel is a tool to reflect her examination of nature as a foreign territory to explore, imitate and eventually carry into a realm she is familiar with.  Camel sculptures, first shown in the US at The Whitney in 1968, and her camel bones, entitled Inside-Outside (also on view), were created using both artistic and industrial materials such as steel, wax, marble, acrylic, wool, burlap, animal skin and fiberglass, proving her drive to subvert the dynamics of pure simulation. 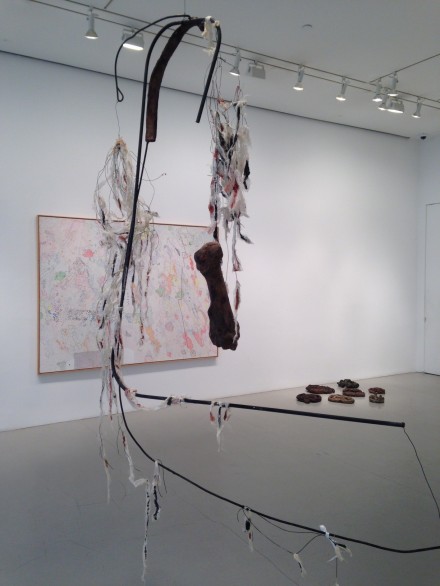 Realistically replicated enough for average viewers to assume what they are looking at is a camel head, Head on Spear is a good example of Graves’ interest in complicating the separation between the natural and the artificial, bringing back the argument to the duality between nature and art.  Her inflections of the human, and the violent forces that they often inflict on the natural world, is implied through her relief, both in its strategy of exhibition and its title.  The gallery is tied up in the work itself, and the environment the work populates makes much of its hybridized space.

Nancy Graves Is On View at Mitchell-Innes & Nash Through March 7, 2015. 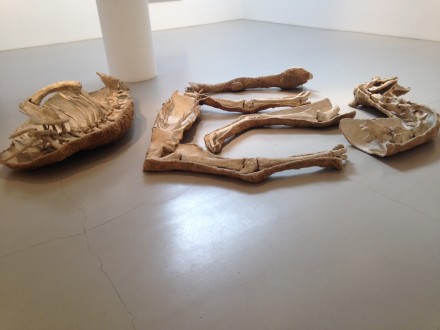 This entry was posted on Thursday, March 5th, 2015 at 12:00 am and is filed under Art News, Featured Post, Show. You can follow any responses to this entry through the RSS 2.0 feed. You can leave a response, or trackback from your own site.