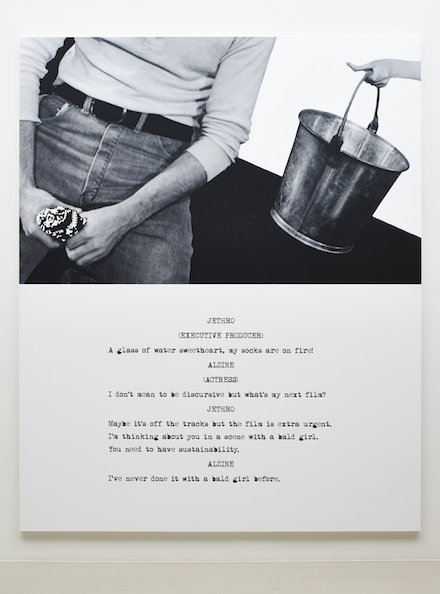 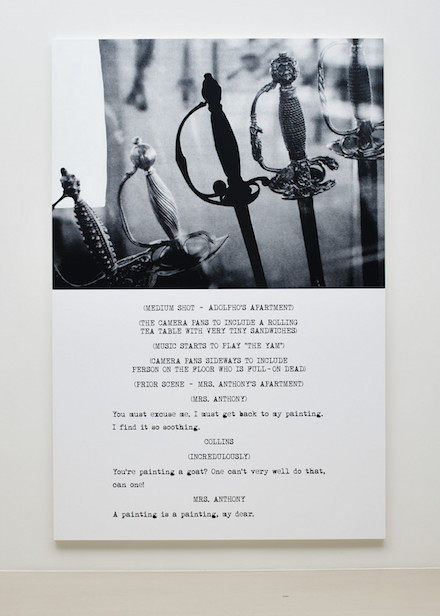 Pictures & Scripts is a series of 20 paintings composed of still images from black and white films with excerpts from fictitious, narrative film scripts. The images are removed from their context and capture moments of paused action, which can be interpreted in multiple ways. Displayed alongside the image, these lines of text work to recontextualize the meaning of the image, and to add new life to their original purpose. 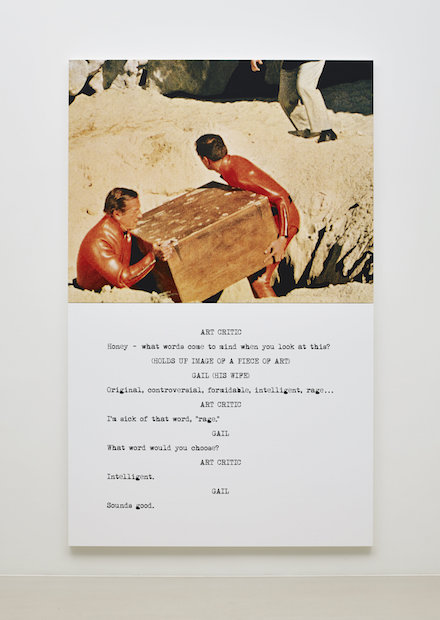 The images drawn from the films are cropped so that the characters and actions are ambiguous and taken away from their dramatic context. The images are then given new narratives – equally ambiguous ones, taken out of the larger dialogue – so that the viewer can create his or her own unique interpretation. The works are reminiscent of the 1920s film theorist Lev Kuleshov’s texts on editing and montage, which allow certain conclusions about the action in a film simply based on context. Viewers derive more meaning from the interaction of two sequential “shots” rather than from a single shot in isolation, he argued, and the relationship between the two (in this case, the text and the image), is what creates drama and interest.

Like much of Baldessari’s work, a certain blend of humor and self-deprecation can be detected in the pieces, and the excerpts of dialogue are between unknown characters but hint at conversations between art world insiders, making statements about the art industry. In one piece, an image depicting a pair of treasure hunters is paralleled by a conversation between and art critic and companion, working to categorize a work.  The irony is palpable.  These works hark back to his 1960s works where empty canvases were painted with statements from contemporary art theory. One of these works, entitled Space (1966-68) is presented in the Paris exhibition. 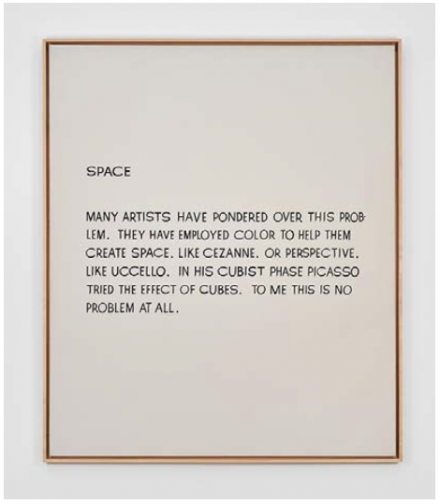 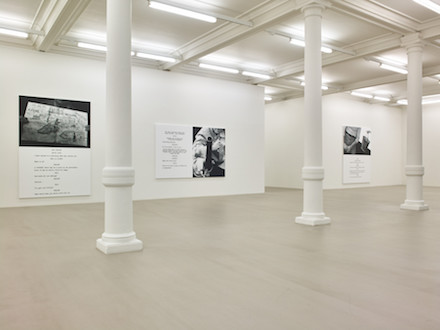 Since the 1960s, Baldessari has shown interest in the arrangement of words and images, particularly when he stated that “a word could be an image or an image could be a word…” Although he was first trained as a painter, Baldessari began experimenting with text and photography in the early 1960s, and since then has delved into printmaking, film, sculpture, and installation.

Early Work in Paris is composed of examples from most of Baldessari’s major series, including: National City, Commissioned Painting, Thaumatrope, Vanitas, Portrait, and Goya. Some of the works have very rarely been exhibited since their initial creation. 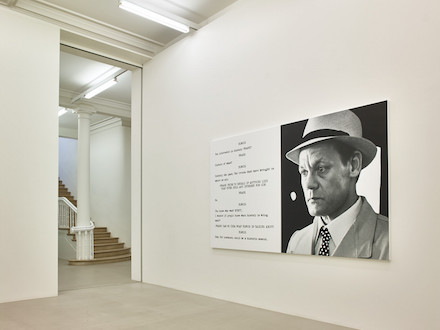 Baldessari was born in 1931 in California, and he currently lives and works in Santa Monica, California. He has participated in the 47th and 53rd Venice Biennale where he won a Golden Lion Award for Lifetime Achievement in 2009. His work was also included in the 1983 Whitney Biennial and Documenta V and VII. He has held solo exhibitions at the Fondazione Prada, Milan in 2010 and the Stedelijk Museum, Amsterdam in 2011. 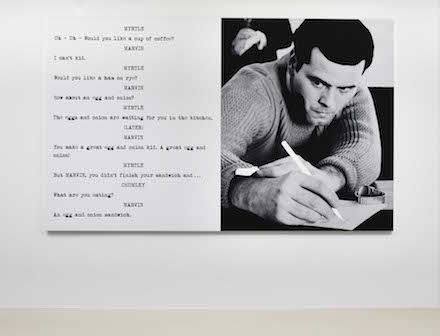 This entry was posted on Sunday, April 12th, 2015 at 12:00 am and is filed under Art News, Featured Post, Show. You can follow any responses to this entry through the RSS 2.0 feed. You can leave a response, or trackback from your own site.