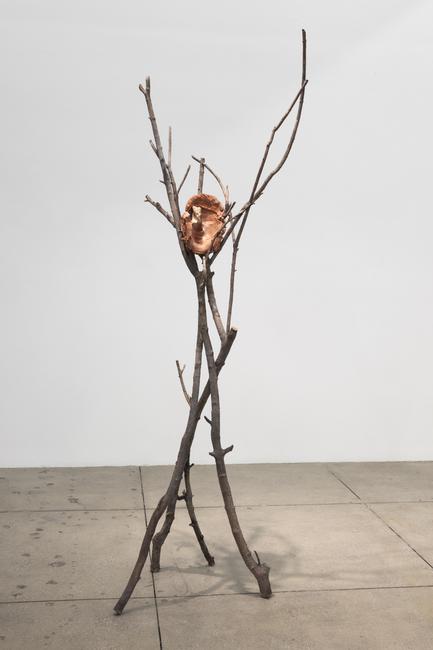 The New York outpost of Marian Goodman Gallery is currently presenting an exhibition of new works by Italian artist Giuseppe Penone, continuing the artist’s practice of casting living trees in order to reposition his subject’s relationship to the natural world.  The exhibition, curated by Dieter Schwarz, director of the Kunstmuseum Winterthur in Switzerland, also culls a series of historically resonant works from the artist’s early career, extending a natural progression throughout the last 40 years of the artist’s practice. 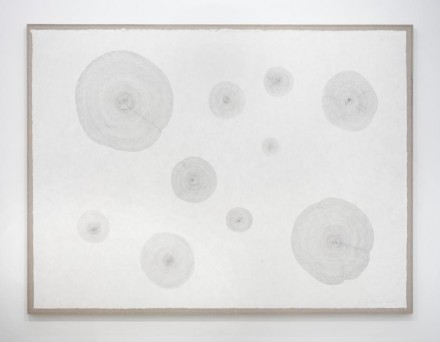 The new pieces, cast in both marble and bronze, are deceptively nuanced in their execution.  Layers of both sculptural material can be seen upon closer examination of the work, particularly within the hollow bodies of the sculptures, a frequent strategy used by the artist to return a sense of interiority to his frozen casts.  In others, Penone embeds more lifelike casted branches into the works, as if the piece had been worn down or manipulated by a woodcutter.  The result is an elusive, trompe l’oeil effect, turning back towards the work’s natural origins while never shying away from references to the artist’s hand. 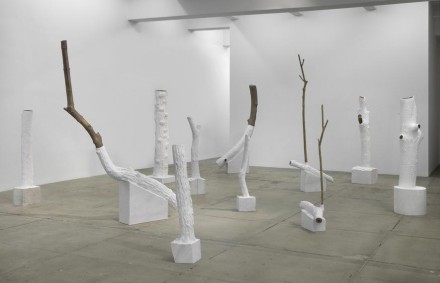 A similar effect is achieved in Breath of Leaves, yet with a distinctly more direct touch.  Laying a pile of myrrh in the center of the gallery, Penone seems to have christened the piece’s installation with his own body, laying down on the fragrant mound of leaves so that the shape of his body is distinctly seen, but is also noticeably absent for the viewer.  All that remains of the artist’s presence is a faint trace, accented by the lingering scent of his materials, and their diffusion over the full space of the gallery.  Similarly, in Earth on Earth, the artist’s face is cast in terra cotta, and held aloft by a series of bronze branches.

A renewed physicality seems to pervade Penone’s newest work, emphasizing his own body and its expanded capacity for interaction with his work as the generative source for much of the exhibition’s most impressive pieces. 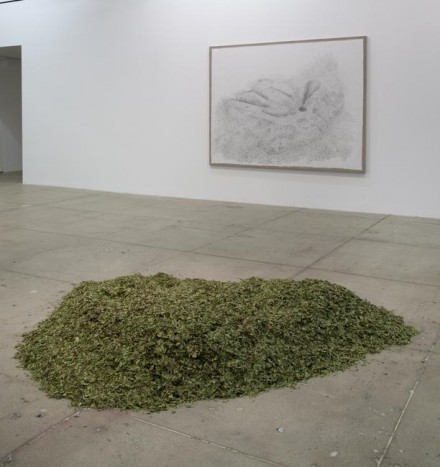 Joining these works are a series of historically significant pieces from the artist’s early career, including wall-mounted pieces and photographs documenting his early years of practice.  Throughout these works, Penone’s interest in the intersection of materials and human intent are particularly explicit, like in the work Gloves, showing a pair of hands in two shots, and adorned with a single glove.  The alteration between the photos makes for an interesting variant on the era’s minimalist intentions, returning focus to the human body as a site for this particular aesthetic exercise.

Penone’s exhibition is on view through April 25th. 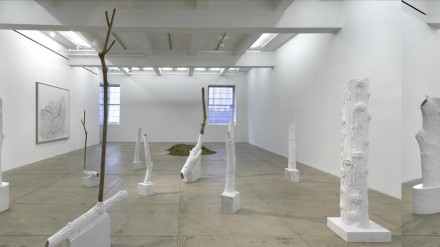 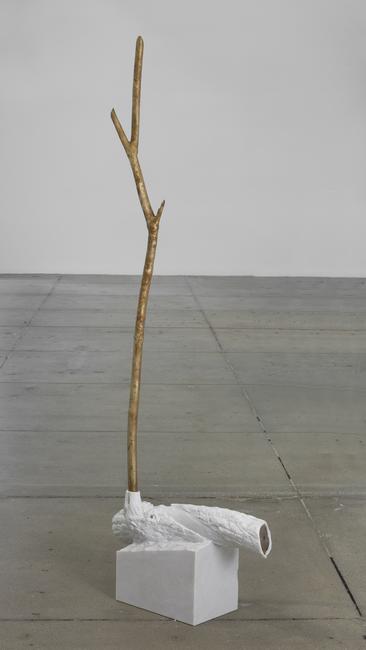 This entry was posted on Tuesday, April 7th, 2015 at 2:43 pm and is filed under Art News, Featured Post, Show. You can follow any responses to this entry through the RSS 2.0 feed. You can leave a response, or trackback from your own site.