Paris – Ed Ruscha: “Prints and Photographs” at Gagosian Gallery Through May 7th, 2015 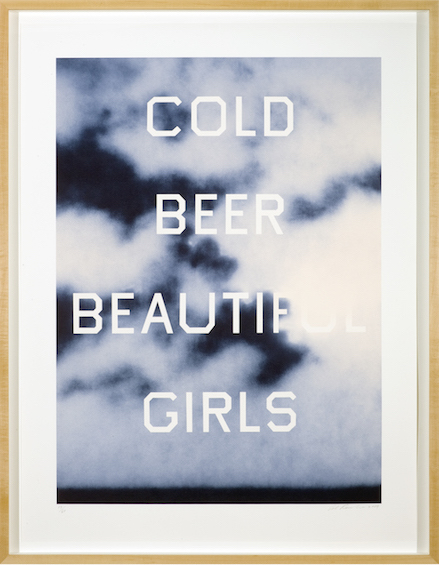 On view at Gagosian Gallery’s Paris exhibition space are two exhibitions entitled “Prints and Photographs” and “Books & Co.,” organized by Gagosian director Bob Monk to explore the innovation and legacy of Ed Ruscha across a range of printed media.

Ed Ruscha was born in Omaha,  Nebraska in 1937 and studied painting, photography, and graphic design at the Choinard Art Institute (now CalArts), where he underwent a six-month apprenticeship with a printer in 1958. He was attracted to the happy accidents and collaborative nature of the art form, and began restlessly experimenting with the medium.  Ruscha spent the summer of 1961 traveling through Europe, and afterward started working at an advertising agency in Los Angeles. He later worked as a layout designer for Artforum magazine, and is best known for his collages, word paintings, and surrealist paintings connected to the Beat Generation, as well as his use of odd media such as gunpowder, vinyl, blood, wine, fruit and vegetable juices, axle grease, chocolate syrup, tomato paste, cherry pie, coffee, caviar, daffodils, raw eggs, and grass stains, among other unconventional materials. 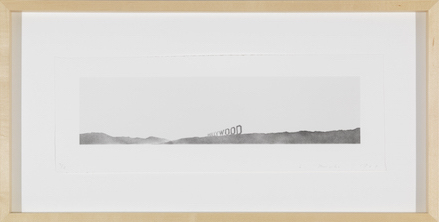 Prints and Photographs surveys Ruscha’s prints from the last forty years, ranging freely across traditional, unconventional, and sometimes even the aforementioned comestible materials. His early photographs, focused on everyday events, structures and situations, often overlooked objects. He was interested in using the camera to “flatten” the objects so that he could paint them or draw them with more ease. 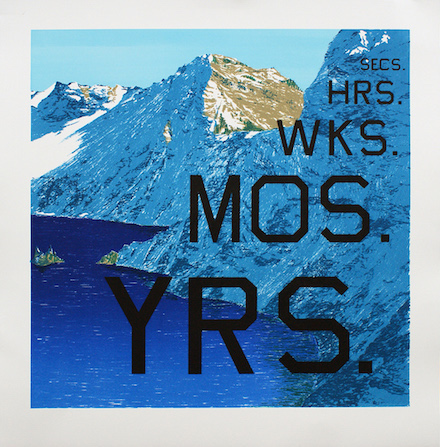 Between 1962 and 1978, Ruscha produced sixteen small artist’s books. The Books & Co. exhibition presents these legendary books together with those of more than 70 contemporary artists from all over the world.  These artists have responded directly to Ruscha’s inspiration. Some of the books can be browsed through, while others remain in display cases. During Ruscha’s time in Europe, he published his first artist book, Twentysix Gasoline Stations, composed simply of 26 photographs of gas stations with captions of their brand and location. Over time, this book attained a cult status and since the 1980’s has been hailed as one of the first true artist books.  Deadpan and minimalist, literal and serial, these books’ sense of humor and photographic aesthetic come to define the early California pop art scene.

Ruscha’s artist books have been influential for artists such as Bruce Nauman and his Burning Small Fires (1968), where Nauman burned a copy of Ruscha’s Various Small Fires and Milk, and photographed the process. Another example is the artist Miska Henner’s detailed Fifty-one US Military Outposts (2010), composed of aerial views of international U.S. military bases. 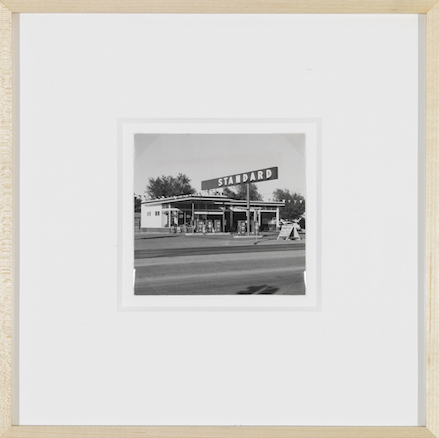 An international conference on Ed Ruscha’s work was held in conjunction with the event at the Centre Pompidou, Paris on March 11 and 12, as well as at the Centre de Création Contemporaine, Tours on March 13. Various Small Books: Referencing Small Books by Ed Ruscha is a documentation of 91 of the books inspired by Ruscha’s own, each with a detailed description.

The dual exhibition at Gagosian Gallery, Paris will remain on view through May 7, 2015.

This entry was posted on Friday, April 10th, 2015 at 7:27 am and is filed under Art News, Featured Post, Show. You can follow any responses to this entry through the RSS 2.0 feed. You can leave a response, or trackback from your own site.