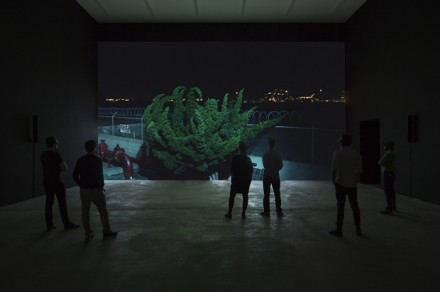 Now through July 18, Sprüth Magers Gallery in Berlin hosts Where Nature Runs Riot, an exhibition of new work by Cyprien Gaillard, combining film, sculpture, and sound to inform and interrupt each other in the three main pieces that comprise the show.  Thematically, Gaillard focuses on the dialogue formed between natural and man-made structures erected at the limits of history and civilization, testing the capacity of sculptural form to illustrate both the esoteric and psychedelic.  References to major figures and tropes from art and musical history reveal the artist’s interest in synthesizing seemingly disparate elements towards a type of aesthetic logic to history and dialogue, an often palimpsestic structure of overlapping layers and interpretations. In this exhibition, Gaillard demonstrates and forges relationships between stillness and movement, natural and man-made form, sound and vision. 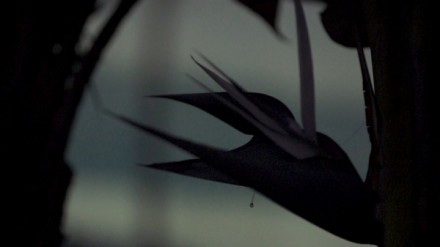 The titular piece in this exhibition is a 3D film on view on the ground floor of the gallery, with images appearing on an imposing screen that invites viewers to succumb to a sort of trance, inspired by both the auditory and visual dimensions of the film.  A ‘dub’ soundtrack mixed by Gaillard resounds throughout the entirety of the film, composed from a 9-second sample of Alton Ellis’ rocksteady classic Blackman’s World.  The lyrics featured in this sample, “I was born a loser,” were recorded two years after the song’s release in 1969 as “I was born a winner.” Gaillard remixes both versions of the song together, creating the effects of reverb and delay, typical of ‘dub’ genre, which capitalizes on this echo effect to create a palpable illusion of space. In this way, the soundtrack itself constitutes a type of auditory sculpture, while the 3-dimensional visuals of the film test the possibility for crafting a sculpture at a purely visual level. 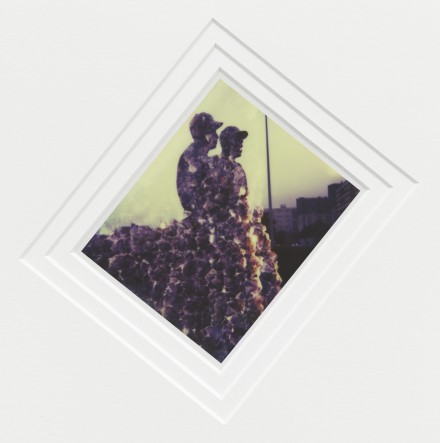 The film opens with a close-up shot of a cast of Rodin’s The Thinker that is located in the forecourt of the Cleveland Museum of Art.  This particular cast was dynamited in 1970, an act attributed to the anti-imperialist group Weather Underground, and remains in its shredded, damaged state to this day. The camera slowly pans in a spiral from the base of the sculpture to the head, ultimately displaying the whole form of the piece projected against a black background.  The following footage, shot over the past two years in Cleveland, Los Angeles, and Berlin, is a careful observation of natural and artificial forms in motion: trees undulating in the wind at night, in what appear to be deserted urban spaces, fireworks exploding above the 1936 Olympic Stadium in Berlin, and a searchlight from a helicopter through bare branches of a German Oak.  Contextualized in the press release, these scenes and settings take on political and historical significance.  However, viewing the film without this explanation allows for a more unmediated, meditative experience of the footage. 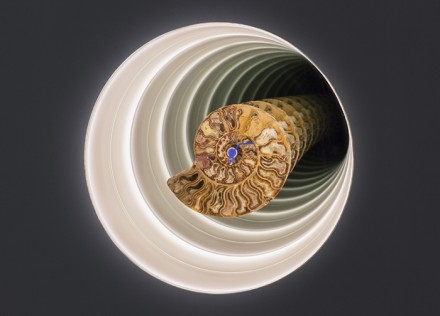 The artist’s interest in the palpable quality of visual recording extends to the sculpture presented alongside the film, Ammonite Dub (2015), and a series of double-exposure Polaroids exhibited on the first floor of the gallery, Sober City (2015).  In Ammonite Dub, a fossil of the marine invertebrate ammonite is split in half, and encased in a double mirror with a turntable needle at the center. The Polaroids exhibited all reveal the form of an amethyst crystal in the Natural History Museum in New York City overlaid with a nondescript urban scene. 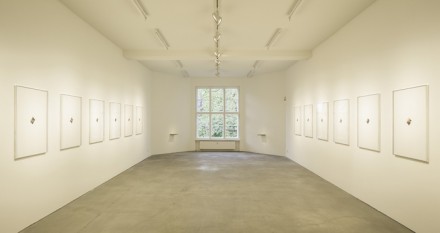 At stake in these photographic, digital, and sculptural constructions is an inquiry into the various mutations of landscape and form. In this exhibition, an investment in the sculptural potential of non-living forms across urban, geological, and natural history is clear, and Gaillard approaches these themes with deep fascination, a whimsical, innovative approach to the construction of sculpture and space.

This entry was posted on Wednesday, June 24th, 2015 at 12:00 am and is filed under Art News. You can follow any responses to this entry through the RSS 2.0 feed. You can leave a response, or trackback from your own site.