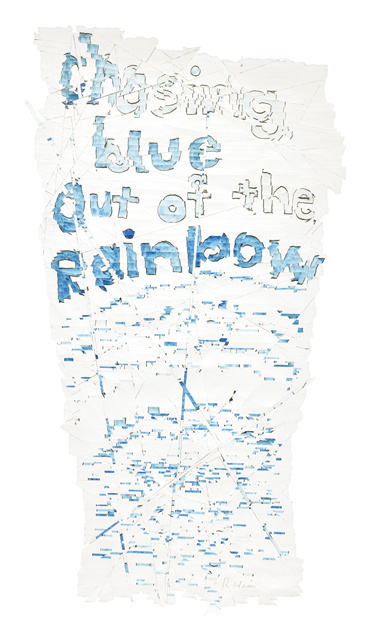 Hauser and Wirth is currently devoting both its Saville Row Galleries to a collection of several recent series by Roni Horn, documenting the American artist’s ongoing investigations of language, repetition and meaning that stem from both the viewer and artist’s encounter with the work.

Working frequently between sculpture, drawing and photography, Horn’s work has often targeted the moment of engagement between the viewer and work as her territory of operation, particularly in the expression and utilization of chance operations in her work to subvert linguistic or formal recognition.  Here, Horn incorporates similar variations on these interests through the trio of series on view, Or (2014), Hack Wit (2013 – 2014), and Remembered Words (2013). 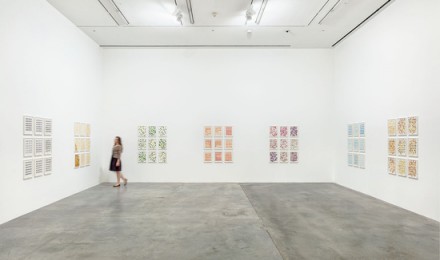 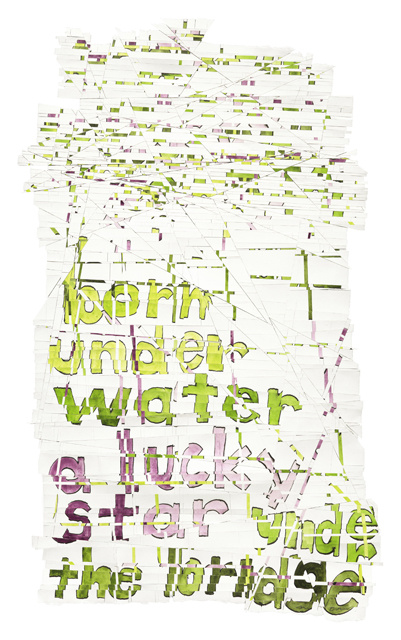 It’s Or that presents the most prominent aesthetic kick, cut and recombined pieces that incorporate two separate works into grids and whorls of color, meticulous structures created from the recombination and examination of her previous practice.  The result is a complex architecture of revisions and changes to the original pieces, the surfaces of which quickly allude back to the carefully considered construction of their final state.  In a similar move, Horn’s Hack Wit series seems to take the approach one step further, moving from her recomposed lines and forms to a more nuanced approach.  The works here are covered over with additional textual elements, through which her cut elements are threaded through, or partially obscure.  These poetic fragments make for an interesting parallel with the cut and recomposed lines of the works in Or, underscoring the same contextual studies and broken links, but reflected in a different system of language, one that feels more immediate its contextual rupture. 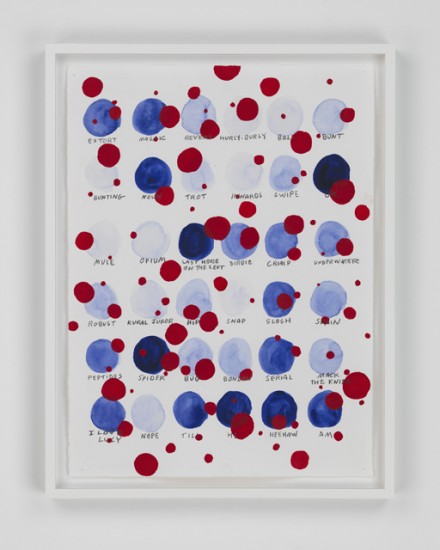 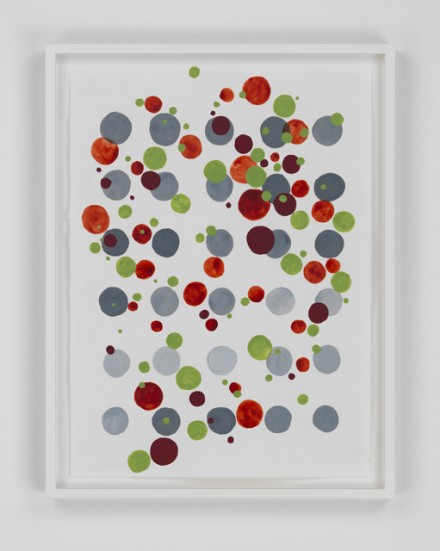 The show also features works from her Remembered Words series, dotted compositions that often feature grouped texts that seem like the product of automatic writing or randomly selected clusters.  These variations, recalling early 20th century poetic experiments, also offer a reflection back on the artist herself, hinting at her own poetic compulsions at an atomic level, ostensibly arranging these seemingly disparate words based on their tonal appeal, either in sequence or individually. 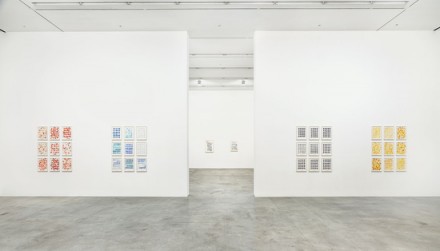 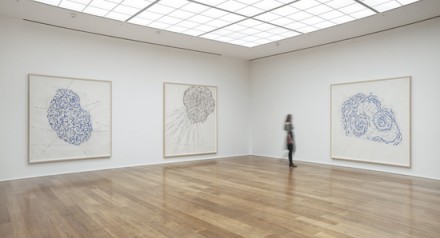 Taken as a full show, the works here seem to move along similar lines of encounter as Horn’s previous works, while reflecting a more interior working perspective.  The site of encounter, where the work’s roots in memory and Horn’s evaluation of the work itself,  welcomes a focus on Horn’s own process.  The intersections of her creative experience and her own personal reflections on the surfaces of her own works present a fold in the artistic process, a moment of clarity that allows her a second say on the final appearance of her work.

Butterfly Doubt is on view through July 25th. 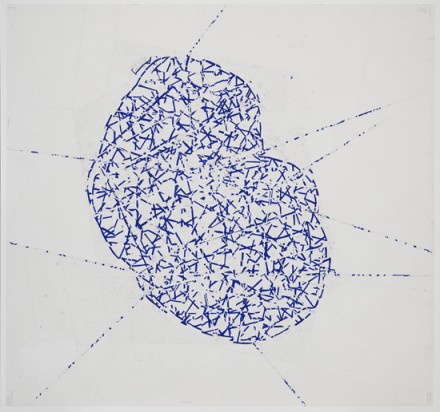 This entry was posted on Tuesday, July 7th, 2015 at 12:00 am and is filed under Art News, Featured Post, Show. You can follow any responses to this entry through the RSS 2.0 feed. You can leave a response, or trackback from your own site.