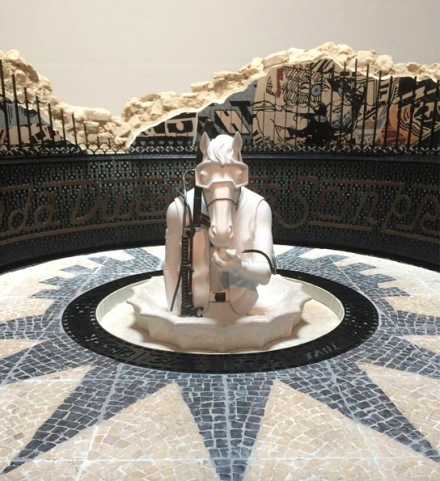 FAILE, a Brooklyn-based collaboration between artists Patrick McNeil and Patrick Miller, is currently presenting their exhibition Savage/Sacred Young Minds at the Brooklyn Museum, continuing the artists’ practice in obscuring the boundaries between fine art and street art through techniques of both traditional and rebellious creative processes within predominantly institutional settings. 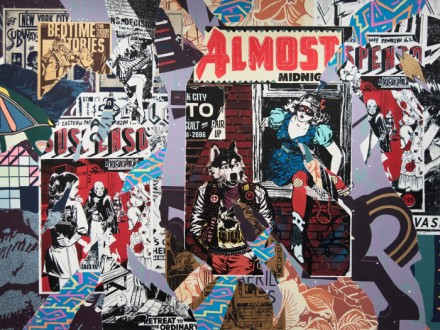 FAILE has a long running history of participation with street art culture, and has often incorporated pop art influences and techniques in both the street and within organized venues. Their great success can be attributed to their duality between these worlds, and the pair has often been able to create works that fit within both contexts without sacrificing legitimacy on either end of the cultural divide, sidestepping the oft-bemoaned rift  between commercial art and counter-cultural exhibition.  Similarly, the exhibition at the Brooklyn Museum marks a continued focus by the institution on the space between these two traditionally separate practices, continuing in the vein of recent and current exhibitions by KAWS, Basquiat, and Swoon, all of whom create occasionally provacative works that maintain some semblance of the avant-garde perspectives of 20th century art. 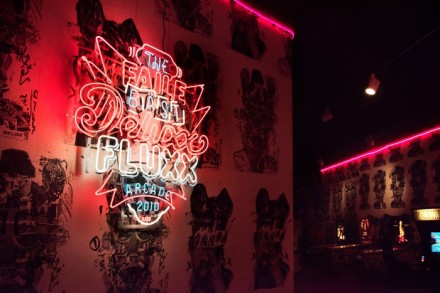 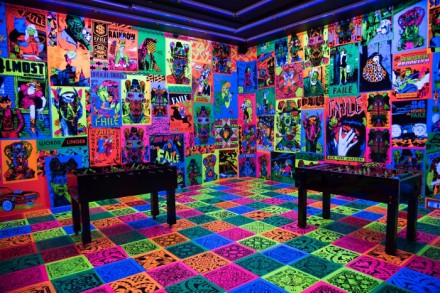 The exhibition on view this summer includes large-scale paintings, reminiscent of Parisian subway poster work by Raymond Hains and Jacques Villeglé in the 1950’s and 60’s, using both adopted and original imagery ripped and pieced back together in a chaotic, yet very intentional final tableau. The show also features appropriation sculptures, which gather images and styles from a wide variety of sources and eras. FAILE is also showing a large-scale work, Temple reminiscent of ancient religious structures. The mosaics, prayer wheels, and sculptural elements within the piece imagine a reaction to commercial development and consumer greed worldwide, and was originally installed in Lisbon for the 2010 Portugal Arte Festival. 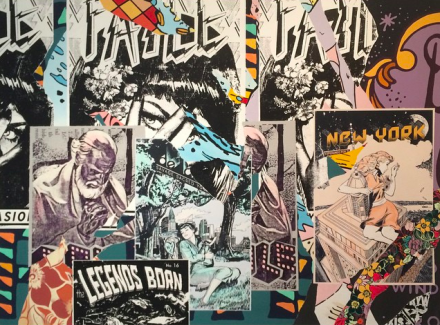 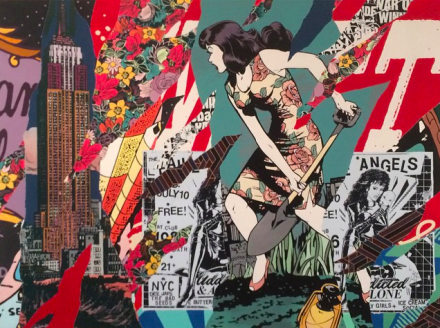 Also included in the exhibition is a collaboration between FAILE and BÄST, another Brooklyn-based street artist. Deluxx Fluxx is an interactive environment, crossed between an installation and arcade. The audience is invited to participate by playing the video games, which function both as unique artworks as well as amusement, under the blacklight-accented glow of the wheat-pasted posters covering every inch the rooms’ walls. Lent the overall nostalgia of an old-school punk rock arcade, the Deluxx Fluxx installationis the first iteration of the artists’ collaboration in a museum setting, although the installation has previously been exhibited in London, New York, Miami, and Edinburgh. 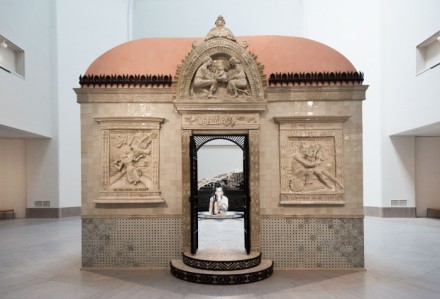 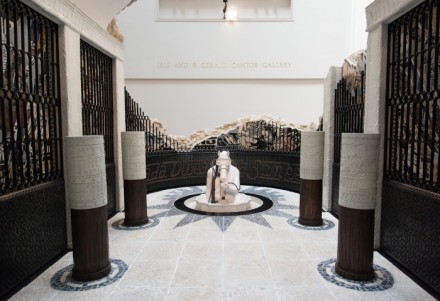 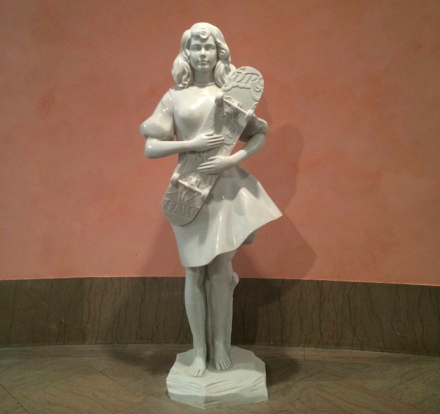 This entry was posted on Sunday, July 26th, 2015 at 12:00 am and is filed under Art News, Featured Post, Show. You can follow any responses to this entry through the RSS 2.0 feed. You can leave a response, or trackback from your own site.