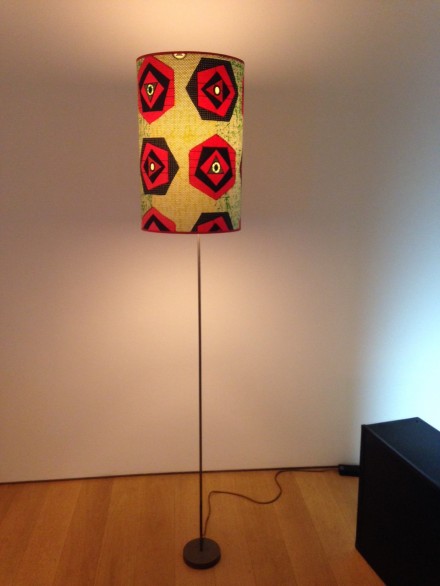 Franz West, Lamp (2003), all photos by Osman Can Yerebakan for Art Observed

Marlborough Broome Street, the downtown, contemporary-focused outpost of Chelsea’s Marlborough Gallery, opened its doors for a summer group show titled Marlborough Lights this month. Curated by Leo Fitzpatrick, a newly appointed director at the gallery, the exhibition traces a loose interpretation of the lightbulb as a source of energy and an allegory for critical thinking, while exploring the potentialities for the lamp as a creative container for motives beyond mere furniture or utilitarian lighting. 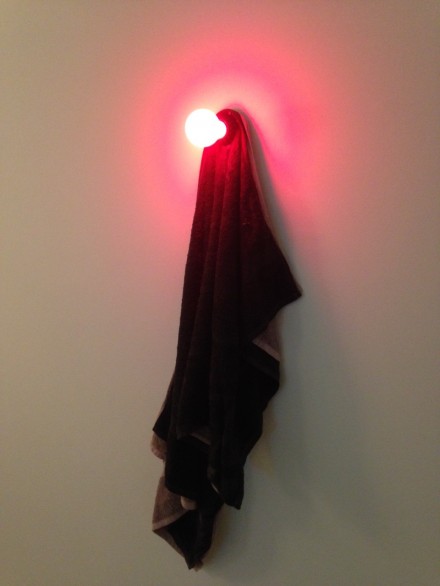 Mostly culled from Fitzpatrick’s former Lower East Side-based project spaces with Nate Lowman, Home Alone and Home Alone 2, the artists on view deliver their distinct reflections on this quintessential object, one which rarely plays a key role in art production.  Rather frequently purposed as a means for a larger composition or project, the light bulb here functions as a main focal point, reinterpreted by artists using a broad span of mixed media to suspend its body in a more recognizable, decorative form. 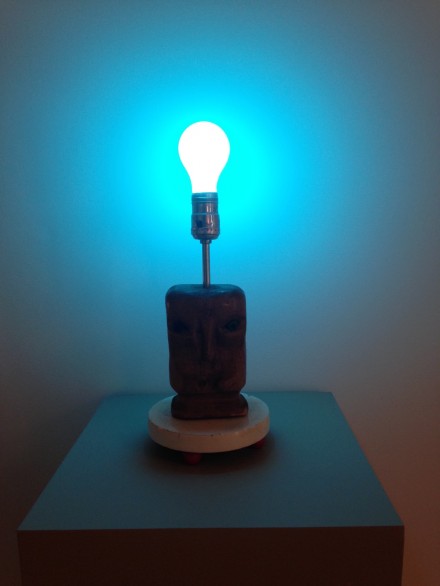 Fitzpatrick, hailing from the same New Jersey town as Thomas Edison, projects his longterm interest in lightbulbs, from his childhood years to present, as a cultural emblem for a technological progression that still bears traces of the manmade.  Located amidst lightbulb stores in Chinatown, the exhibition incorporates itself into its surrounding landscape via variety of compositions, not to mention raising the gallery’s interior temperature through the sheer heat of the burning filaments, all switched on for the show. 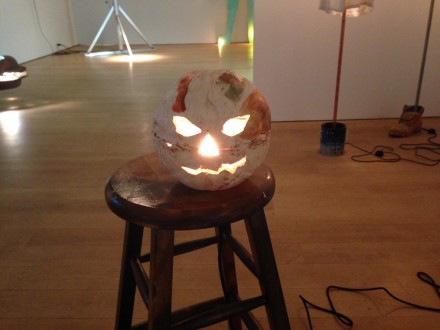 Lowman himself contributes with two sculptures, leaning towards a rather domestic visual language, and positioning everyday objects in relation to light.  Sadie Laska, who has her solo show next door at CANADA, brings in one of her wooden silhouettes garnered with lightbulbs. Similarly, Joe Bradley, offers his first attempt at the lamp as an art form, executing a relatively familiar final product that nevertheless incorporates his own brand of minimalist irreverence. 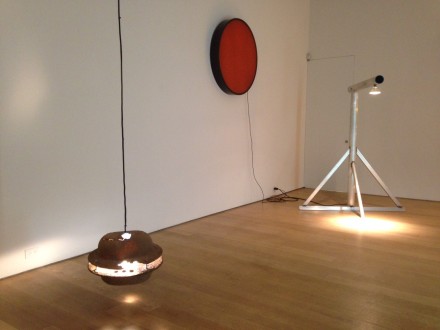 The earliest piece in the show is Franz West’s Lamp sculpture from 2003, in which the late sculptor pursued a serene and mysterious visual language, employing repeated geometric images alongside the use of shadow, emphasizing this necessary duality.  As light takes center stage, shadow inevitably plays a dominant counterpoint.  For example, Josh Smith’s Illuminated Jackal Lantern Basketball, a mini size jack-o’-lantern made out of the artist’s favorite material, ceramic, that vaguely reflects his tempestuous, abstract style, satirizing the show’s main ingredient from a slightly campy perspective.

Marlborough Lights is on view at Marlborough Broome Street through August 1, 2015. 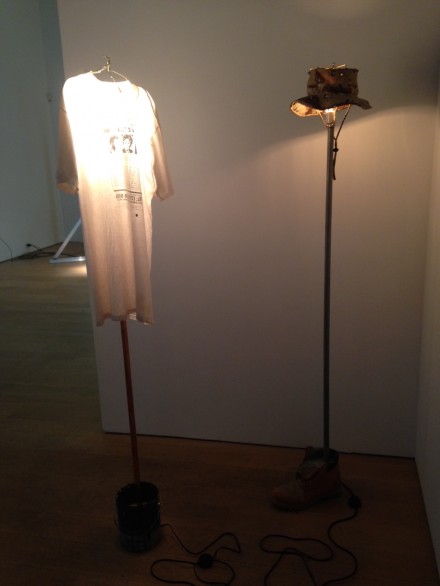 This entry was posted on Saturday, July 18th, 2015 at 12:00 am and is filed under Art News, Featured Post, Show. You can follow any responses to this entry through the RSS 2.0 feed. You can leave a response, or trackback from your own site.