New York – “What Nerve! Alternative Figures in American Art 1960 to the Present” at Matthew Marks Through August 14th, 2015 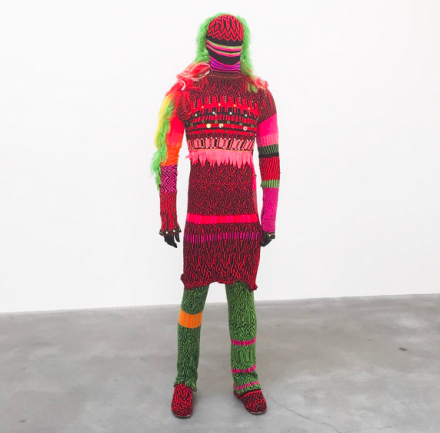 Over the past half century, American art has distinguished itself as much for its formal heroes (Pollock, de Kooning, Judd, etc.) as its outliers, artists working along distinct threads of the abject, pop culture and mass production who challenged the more refined and neatly conceptualized exercises of the 20th Century avant-garde.  This separate thread of American art, running from 1960’s comic-book art through the punk and funk movements of the 1970’s and onwards through the chaotic energies of turn of the century performance and video are the subject of What Nerve!, a documentation of the American underground at Matthew Marks. 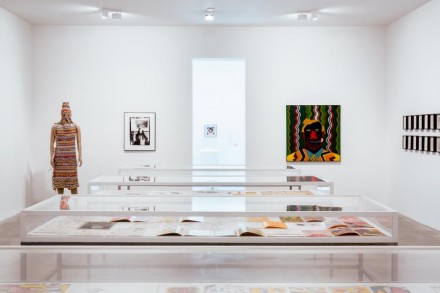 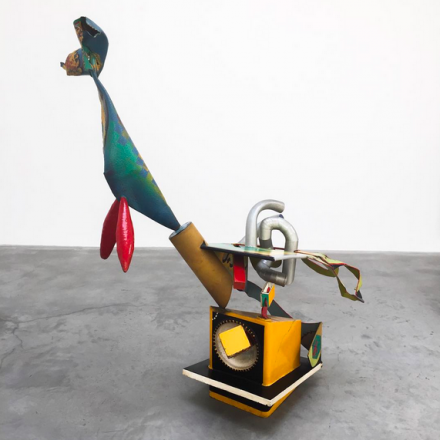 Curated by Dan Nadel, the former head of seminal avant-garde publisher PictureBox Inc., What Nerve! traces a direct line across the disparate threads of American figurative art, performance and extended practice that often ran as a potent undercurrent to the American counter-culture.  Selecting a quartet of seminal art collectives; Chicago’s Hairy Who, the Funk movement (which counted Peter Saul and Ken Price as early members), Destroy All Monsters in Ann Arbor Michigan (a band and collective that included Mike Kelley and Jim Shaw), and Forcefield (the project of Mat Brinkman, Jim Drain, Leif Goldberg, and Ara Peterson), the exhibition examines the ongoing contributions these groups made to the fringes of American art, and the early trajectories of some of its most accomplished members. 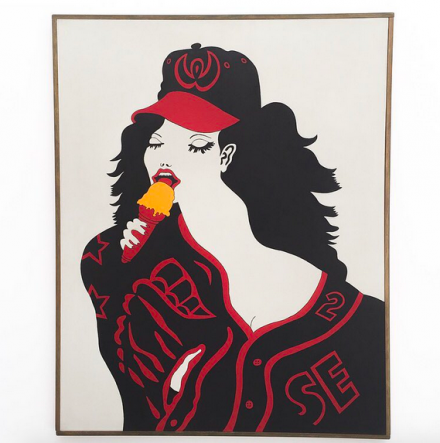 The exhibition is wildly divergent in its presentation, yet draws a number of intriguing parallels across the landscape of post-war America, from the crushing squalls of noise and surreal landscapes of Forcefield’s video work, to the grotesque drawings of Mike Kelly and Peter Saul, through to the printed works that seems a common thread among each group presented.  Countering these are notable interests in techniques of framing and presentation, which also seems to define each group’s challenge to the art world’s more traditionalist elements.  In one work by Jim Nutt, for instance, the canvas frame breaks into a jagged edge, echoed by a black border, while several works by Niagara pay special attention to frame design as an aspect of her technique, suspending her figurations in an anachronistic fusion of historical eras and symbols. 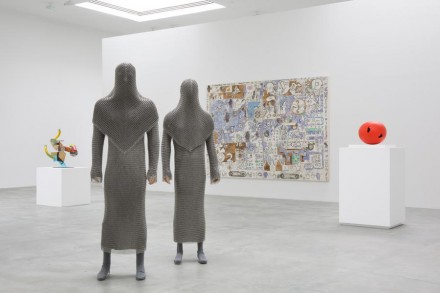 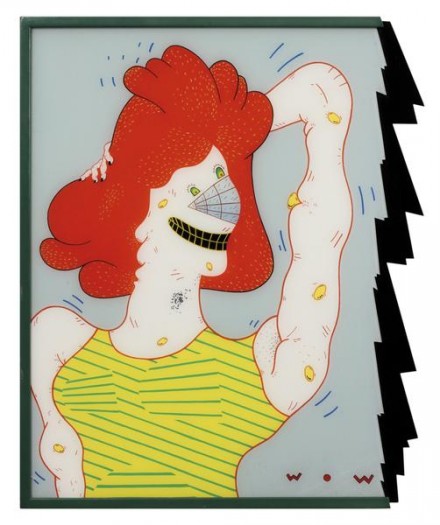 Yet at the core of Nadel’s selections is the equally important distinction of the American art collective as a distinct format, one capable of producing work in any number of formats or medium.  Countless ‘zines, drawings, prints and posters accompany the mounted works, played off against the colorful blitz of Forcefield costuming, all underscoring the depths of creativity these groups were able to reach as a result of their collaboration.  Given the number of accomplished, and often canonical artists showing early work here, Nadel makes a compelling argument for the potency of the collective as a fertile ground for artistic development, and a launching board for daring takes on the American experience.

What Nerve! is on view through August 14th. 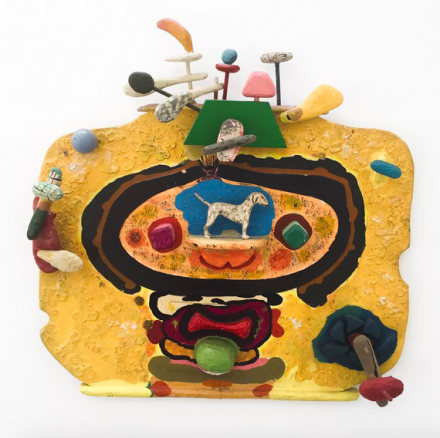 This entry was posted on Friday, August 14th, 2015 at 12:00 am and is filed under Art News, Featured Post, Show. You can follow any responses to this entry through the RSS 2.0 feed. You can leave a response, or trackback from your own site.