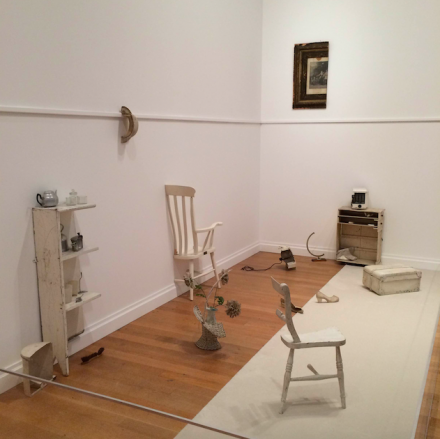 It’s easy to lose sight of Yoko Ono.  The Japanese artist has consistently shifted forms and formats over the course of her career, working with poetry, painting, performance, choreography, public art, and more, often in subtle actions that belie their often considerable emotional and physical affect.  The fluxus-trained artist brings her early work to MoMA this summer with One Woman Show, an in-depth consideration of her practice and evolution as an artist at the intersection of performance, encounter and installation in the early years of her work. 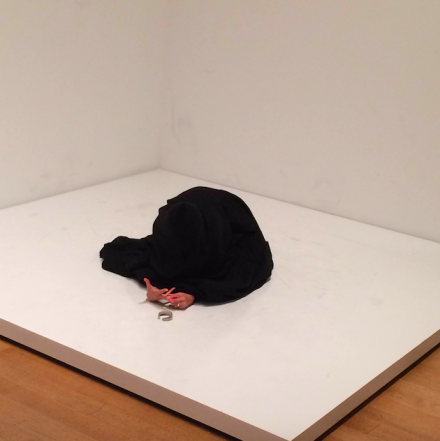 The exhibition is expansive, to say the least, and despite the considerable amount of space afforded it, still manages to feel close to bursting with the artist’s work.  Her textual prompts run the length of the gallery, joined by paintings and drawings that mix participation, meditation and time as complicit elements of the work’s reception. Poetic in its presentation, there remains a trace of the physical throughout, from these calls to action, to works like A Painting in Three Stanzas, a frozen moment in time where a plant stem pierces through a fabric sheet painted in sumi ink. While time and process is suggested by the work, its status as a static work points to another number of timeframes, where the viewer might encounter a seedling, a fully grown vine, or perhaps no plant at all. 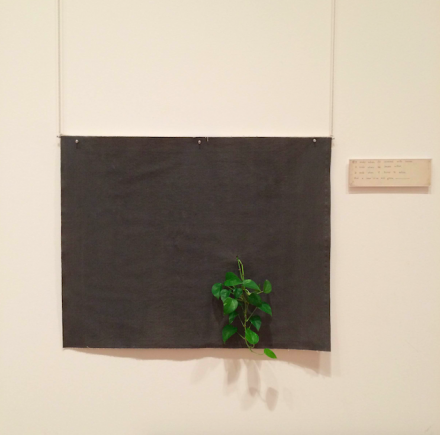 It also culls a number of the artist’s early, playful inversions on both Dada and Surrealism, like her classic works Apple and Three Spoons, divergent takes on Magritte’s linguistic subterfuge that maintain a more organic focus on the present object rather than a representation. One could almost consider this work an extension of the surrealist’s work, pushing his semiotic challenge to a natural conclusion. Also on view are a number of the artist’s early performative works, including Bag Piece, a performance for a single dance in which they cover themselves in a black sheet as they traverse a small space. Taken here amongst her other art objects and textual prompts, the minimal space afforded the work makes it all the more surreal. 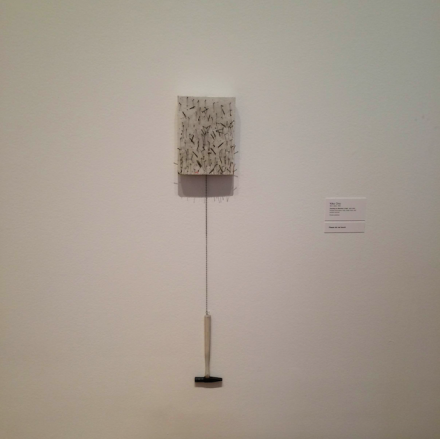 Yoko Ono, Painting to Hammer a Nail (1961), via Art Observed

The exhibition continues through her work following her marriage to John Lennon, and the pair’s collaborative work in music, art and performance, including their famous Bed-In (in which the pair stayed in a hotel bed for days as a protest for peace), and their massive billboard installation project, War is Over (if You Want It). Video and audio from this period, including a special room set aside for the Plastic Ono Band (her long-running musical endeavor), reflects the power influence that both Lennon and Ono left on each other’s work, and on each other’s lives. 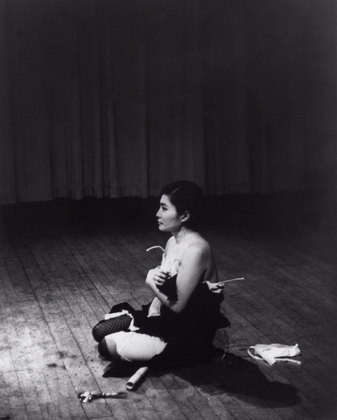 Perhaps what feels most compelling about Ono’s exhibition is her practice’s emphasis on possibility, the open-ended conclusion of her works as activated by the viewer/user. There’s a certain satisfaction, even, to this format, as if the work’s idea remains free from a final determination, and rather allows the viewer their own act of completion, liberated from the restraints of a physical space. Even in rooms so full of her various pieces, ideas and actions, that one can walk away from the show with this sense of completion is a testament to the artist’s practice.

One Woman Show is on view through September 7th. 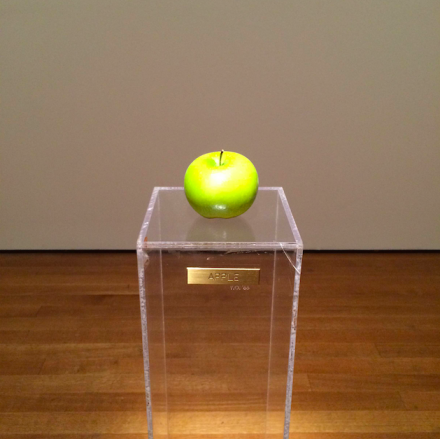 This entry was posted on Thursday, August 20th, 2015 at 10:14 am and is filed under Art News, Featured Post, Show. You can follow any responses to this entry through the RSS 2.0 feed. You can leave a response, or trackback from your own site.