New York – Doris Salcedo at The Guggenheim Through October 12th, 2015 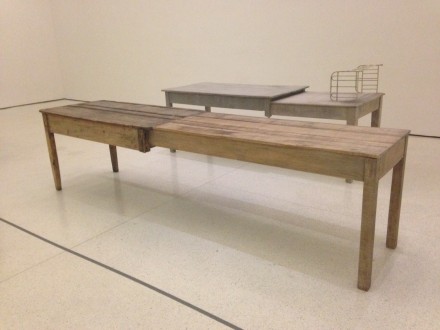 Visiting the Doris Salcedo retrospective currently on view at the Guggenheim through October 12th, attendees may experience a peculiar bitterness, stemming from poignance of Salcedo’s historically expansive and emotionally profound body of work.  Everyday commodities, from shoes to chairs, play a key role in Salcedo’s spacious installations covering multiple floors of the museum’s Tower Galleries. With their visually mute yet bleak façades, mundane objects assembled in distinct orchestrations venture into profound narratives, reflecting Salcedo’s meticulous study on consequences of political turmoil in her country and around the globe, often exploring the tragic, human cost of political turbulence, revolt and oppression. 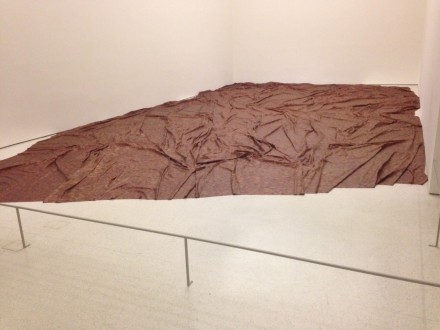 Born in Bogota in 1958, Salcedo completed her MFA at the New York University before returning to Colombia, where she currently works and lives.  Attributing immaterial potency to simple materials, her work embodies a traumatic state of mourning after a lost one and points towards the possibility of overcoming this emotional devastation in meditative calm or through physically laborious forms, both of which aim to dispel and hold emotional energy as a monument to the deceased. 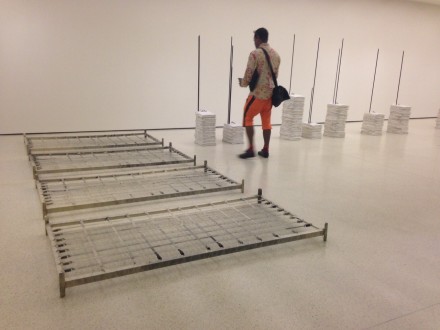 Salcedo’s broad spectrum of inspiration bears her emphasis on historic and social research, addressing individuals lost or killed due to political matters, often in conjunction with a commemoration by their still-living relatives.  Atrabiliarios, one of her most recognized pieces, reflects this communal aspect her practice, featuring female shoes donated by relatives of those that disappeared amidst political revolt in Colombia.  Placed inside tight niches on gallery walls, these shoes remain behind animal fiber, stitched onto concrete wall using surgical thread. The limited information on the whereabouts of those that disappeared align with the shoes’  limited visibility behind semi-transparent skeins, silently problematizing the shared destiny of many families living with anguish after the vanishing of loved ones. 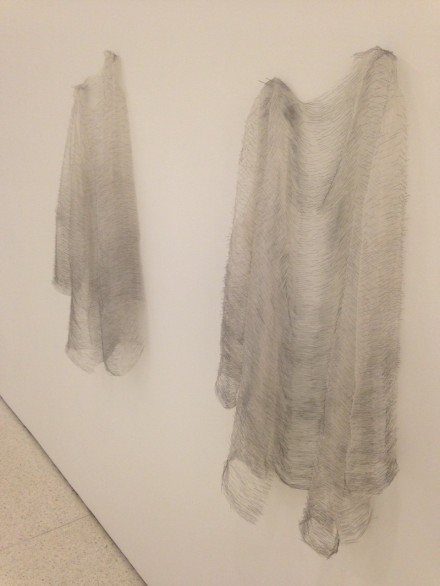 In the Unland series, Salcedo challenges the utilitarian notions of functional objects, employing forms built by attaching halves of different size wooden tables together. Closer inspection of these dark toned, occasionally dismal assemblages reveal their eerie textures, resulting from human hair and silk stitched to their surfaces.  This arduous yet pensive act, blending domesticity and healing, serves as a eulogy for children who had to witness execution of their parents in her home country. Here, Salcedo blurs the dread of her subject matter by infusing traces of physicality and time.

The retrospective, planned to travel to Pèrez Art Museum in Miami in 2016, casts an inclusive approach to the artist, who has been considerably overlooked in the U.S compared to her longtime presence in Europe.  It is on view at The Guggenheim through October 12, 2015. 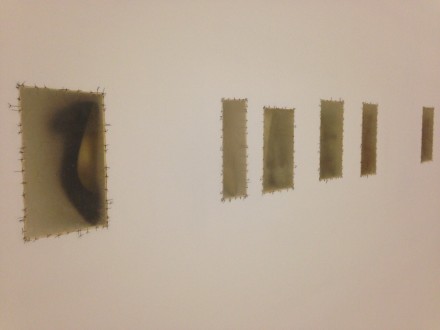 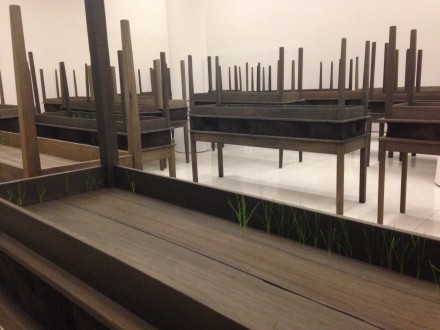 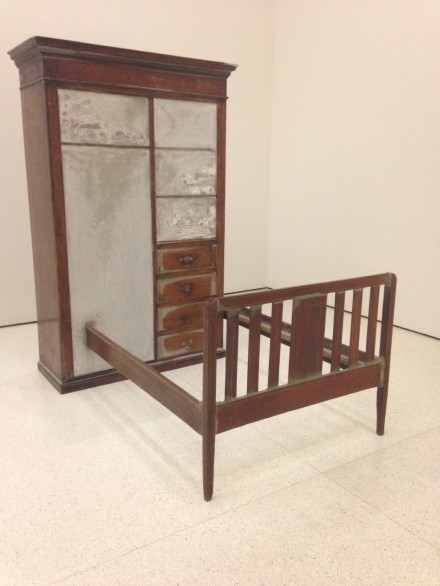 This entry was posted on Wednesday, September 9th, 2015 at 12:00 am and is filed under Art News, Featured Post, Show. You can follow any responses to this entry through the RSS 2.0 feed. You can leave a response, or trackback from your own site.