London – Ai Weiwei at the Royal Academy of Art Through December 13th, 2015 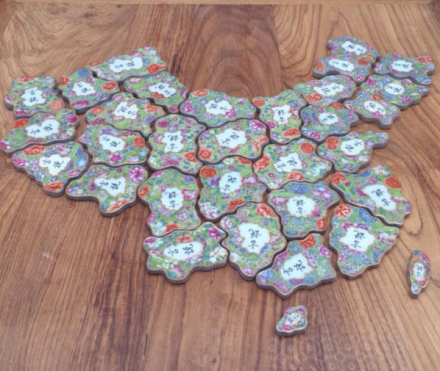 It’s been a whirlwind year for Ai Weiwei, as the artist’s staunch opposition and fierce criticism to government censorship of his work and life brought both new challenges (the alleged bugging of his studio and the arrest of his lawyer and friend Pu Zhiqiang) and new victories, including relaxed limits on his ability to show in China, and ultimately, the return of his passport, allowing the artist to leave the country for the first time since his arrest in 2011.  This last event underscores the artist’s triumphant exhibition at the Royal Academy in London, where he has mounted an expanded version of his traveling solo exhibition, including a series of new works for the show. 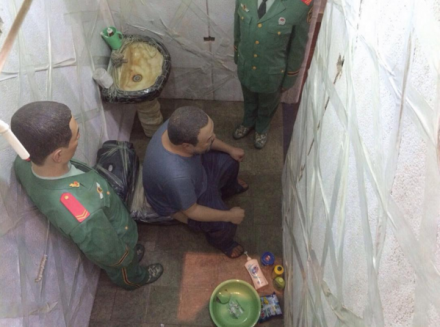 Ai’s deep critiques of Chinese cultural oppression, identity politics and the flux of time in relation to history, have made him an internationally touted artist, and his show here brings together some of his most powerfully challenging works, chiefly among them S.A.C.R.E.D., the half-scale diorama sculptures depicting his imprisonment by the Chinese government, and the near-constant surveillance the artist was placed under during that time, as well as Straight, his scathing accusation of negligence towards government officials in Sichuan, whose use of sub-par construction techniques resulted in the death of hundreds of Chinese schoolchildren when their building collapsed during the 2011 earthquake. 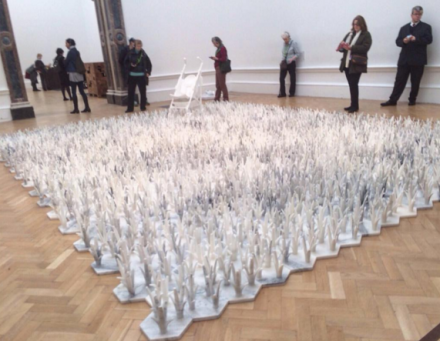 These clusters of objects frequently appear in Ai’s work, swarms of wood and metal, appropriated homewares and personal belongings, always used in emphasis of the masses of people and diverse cultural threads that the artist places in opposition to the more facile constructions of Chinese culture presented internationally.  His works are an argument for humanity, placed under easily overcome images like that of the Han Dynasty vase or the bicycle, which serve certain purposes of familiarity and populist undertone before they spiral out into broader investigations into mass identity and personal politics. 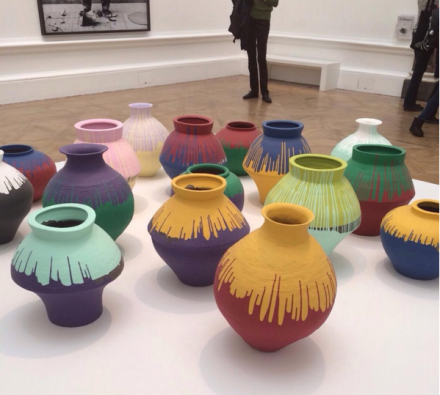 This is perhaps best seen in Tree, the crowd-funded installation erected as a permanent part of the Royal Academy courtyard.  The work, repurposing dead wood from the south of China and packing them into towering tree sculptures on the grounds of the institution, makes a case against China’s notion of a “One China,” an obscured view of the nation that promotes its current territorial structure.  While the works appear as massive, singular objects, close inspection of the pieces reveals jagged dissonances, breaks in grain, and other evidence that emphasizes the industrial force and blatant human action holding the works together, a fitting formal counter to the work’s majestic stature, and a concise summation of Ai’s political counter to his homeland’s propaganda.

The exhibition closes on December 13th. 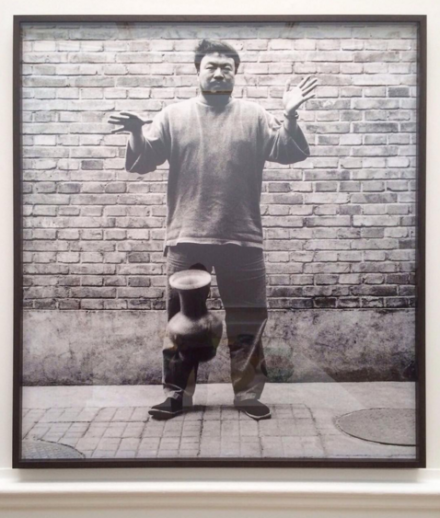 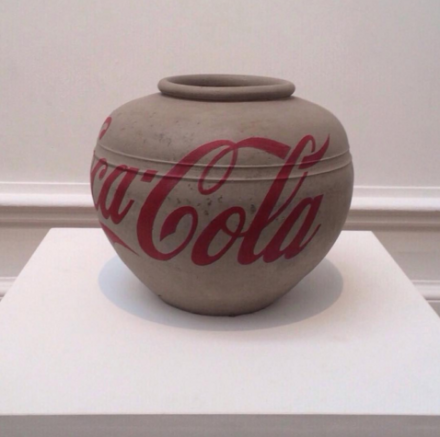 This entry was posted on Thursday, December 10th, 2015 at 10:16 am and is filed under Art News, Featured Post, Show. You can follow any responses to this entry through the RSS 2.0 feed. You can leave a response, or trackback from your own site.