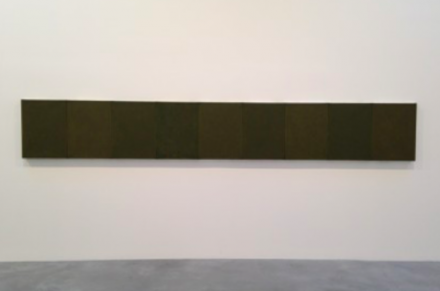 Brice Marden is the subject of a solo exhibition that spans three all three 22nd street locations for Matthew Marks Gallery, unveiling a new body of paintings and drawings that continue a number of the artist’s ongoing interests with the narrative potential for color.  The works on view here possess a demure yet captivating appeal, underlining the New York-based artist’s continued interest in the intersections of 20th Century abstraction, broader art histories, and the use of color-field composition in varying applications. 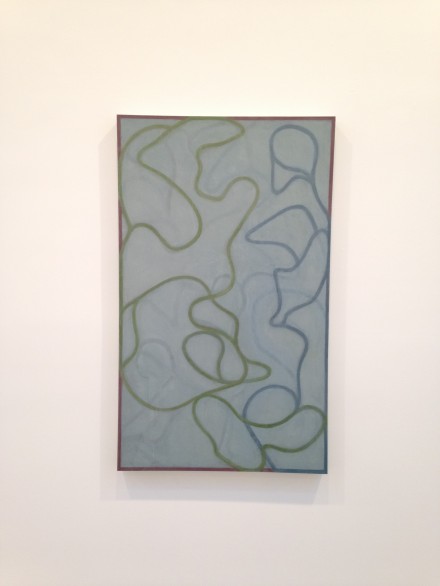 The artist, who gained recognition for his monochrome panels in the early stages of his career, exposes viewers here to the most recent fruits of his profoundly serene, often withdrawn visual language, and announces his return to monochromatic pieces after decades of association with curvilineal forms (still represented here in a number of works), a creative shift that had been heavily shaped by Marden’s detailed studies on Asian philosophies and aesthetics. 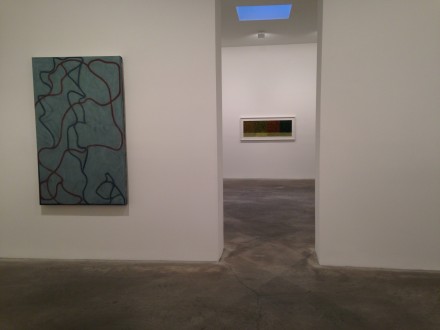 Even so, ties to the East are still noticeable here, both in his more reflective, wandering compositions and his blocky, vivid monochromes.  Eastern Moss, for example, a nine panel monochrome painting, introduces terre verte — an earthy form of green that was commonly used in Medieval and Renaissance paintings to undertone flesh colors —  a selection that not only vocalizes Marden’s return to Roman and Greek techniques, but also encapsulates his reconciliation with geometric, singular forms.  Applied across a combination of nine variations on the green tone in each panel manages to emphasize each in turn for its particular captivating aura, while emphasize a pair of single-panel monochromes utilizing similar colors, and which claim a central presence due to the sporadic paint drips emerging on the lower parts of canvases.

The work takes much from a reassuring natural spontaneity and creative process, a note often missing from the technique’s otherwise systemically pure merger of paint and rigor, with flows of paint embodying the artist’s bold divergence away from totalized precision. The adaptation towards such vibrant accents on the lower sections of Marden’s canvases repeat in three other panel paintings, which channel the four seasons and carry titles emphasizing motion and fluidity, such as Uphill 4 and River 4. 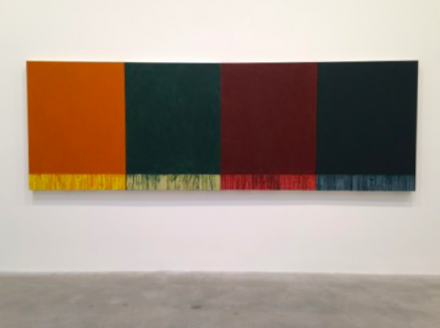 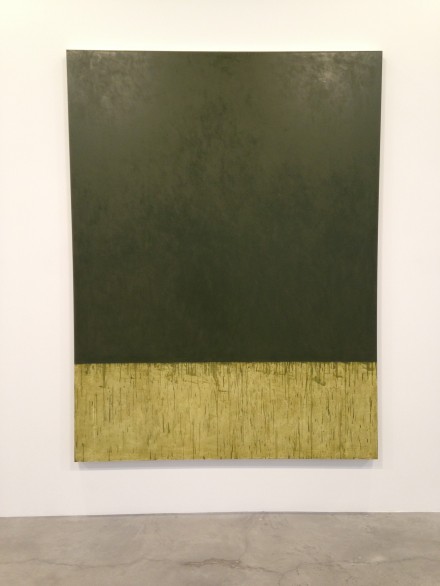 Marden’s desire to imbue restrained tones of vibrant colors such as blue, red and green are continually stressed in the show’s press releases and assorted texts, and appear again through the calligraphic paintings he has been ambitiously experimenting with over decades.  The Nevis Stele, series employs the cold steel hue as its basis, while voluminous lines of red, yellow and green crawl across the linen surface, culminating in soothing abstractions that summarize the preeminent tenor and gestural rigor of the exhibition.

Brice Marden: New Paintings and Drawings is on at Matthew Marks through December 24, 2015. 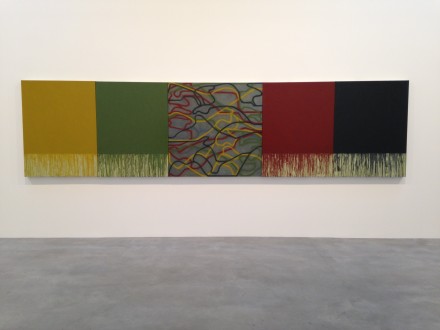 This entry was posted on Thursday, December 24th, 2015 at 5:25 pm and is filed under Art News, Featured Post, Show. You can follow any responses to this entry through the RSS 2.0 feed. You can leave a response, or trackback from your own site.