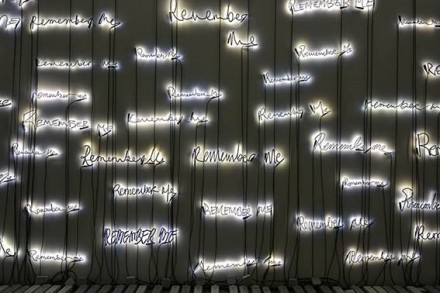 “I want to put the public in a situation where everyone becomes acutely sensitive to themselves, to their body and respiration,” Steve McQueen writes in the press release to his new exhibition at Marian Goodman in Paris.  The opening line is an ominous one, hinting at both the perceptual and empathetic threads that his work often delves into, and is a fitting context for the exhibition on view, presenting the artist’s recently completed filmic work Ashes, as well as a funereal neon installation, Remember Me, both of which deal with the juxtaposition of life and death, light and darkness. 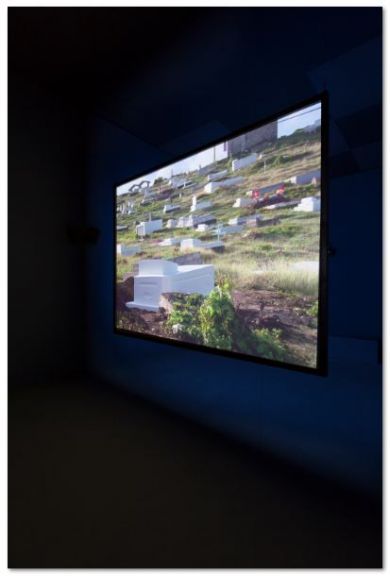 Filmed on multiple trips to Grenada during the past decade, Ashes is the documentation of one carefree boy’s life and death on the island.  The subject, Ashes, is presented sitting atop the prow of his boat, smiling and gazing out at the gently rocking waves of the Caribbean Sea.  Yet juxtaposed with this delicate, soothing image, is a series of shots from a nearby cemetery on the island, showing the grave of the same boy, eight years later, and countered by a voice-over description of his tragic death.  The work plays on the picturesque images of the island,and the sudden bursts of violence as contrasting sides of its residents’ lives, yet never shies away from Ashes’s face, from the single, extinguished life that sits at the center of his narrative. 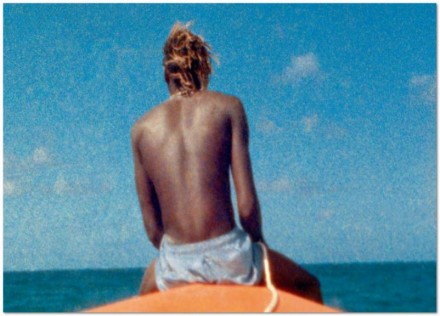 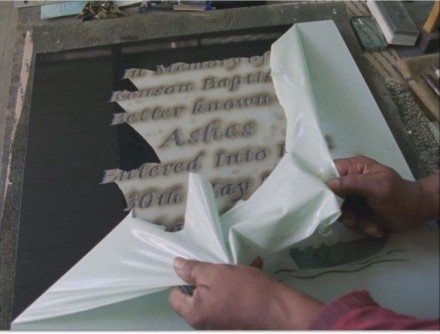 McQueen’s work is notable in its ability to be both brusque and lyrical, often simultaneously.  Through tight editing and a trained sense of landscape and framing, the works build sprawling landscapes and deep narrative links with only a handful of shots, lent additional weight by the dual screens projecting in tandem, and the voice-overs from the young boy’s friends, underscoring the position of human life in this story, somewhere between paradise and nightmare. 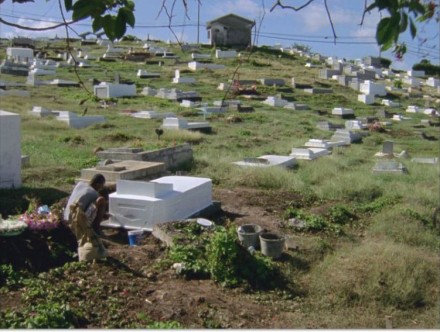 Countering the commanding pathos of Ashes is the artist’s hanging neon work, Remember Be, which strings countless fixtures bearing that phrase into a net of sorts, streaming down the gallery walls.  The pleading text, executed in a number of varying styles and hands, offers a cutting return on the themes of the video work nearby, as if speaking in the voice of those whose lives were cut short by needless violence.

The exhibition is on view through February 27th. 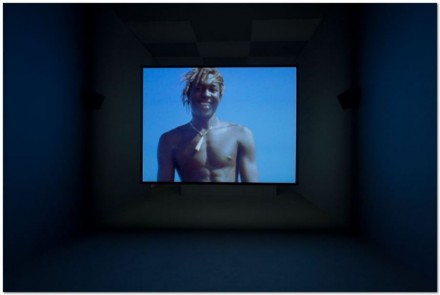 This entry was posted on Thursday, January 21st, 2016 at 12:00 am and is filed under Art News, Featured Post, Show. You can follow any responses to this entry through the RSS 2.0 feed. You can leave a response, or trackback from your own site.