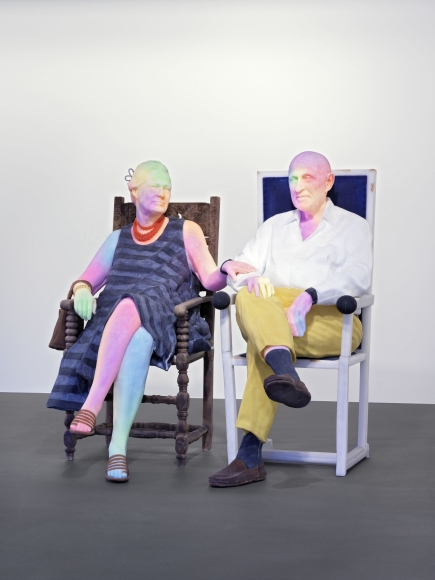 Vito Schnabel has taken over the lease at the former St. Moritz home of Bruno Bischofberger Gallery, marking the curator’s first permanent gallery space with an exhibition of new work by Urs Fischer, as well as a public installation at the nearby Kulm Hotel by Sterling Ruby.  The pair of exhibitions are a strong next step for the curator, paying homage to the history of Bischofberger’s space while emphasizing Schnabel’s vision for a gallery engaged with the broader landscape of his new home. 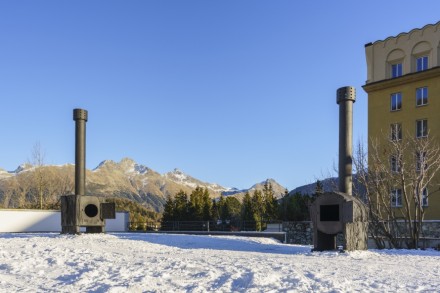 Inside the gallery, Schnabel has invited the Swiss-born Fischer to create one of his iconic “waxworks,” a colorful cast of human subjects that serve as a candle, with a slight, single wick burning throughout the show, and gradually turning the wax forms into a dripping puddle on the floor of the space.  Playing on notions of time, flux and change while incorporating playful homages to his subjects, Fischer’s piece here carries an increased resonance.  His models for the work are Bischofberger himself, and his wife Yoyo, whose gradual melting over the course of the exhibition implies the dealer’s fading presence from the space, but his unavoidable impact on the Swiss art scene, commemorated by Fischer. 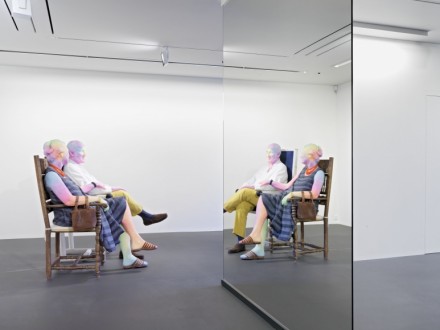 The exhibition also presents a new series of paintings by the artist, continuing his unique use of repurposed photography in conjunction with messy slurs and masses of paint, ultimately realized in a form that confounds an easy reading of either material in their combinations on canvas.  Massive eyeballs peer out at the viewer, fragmented by the mirror placed within the space, which also reflects the melting waxwork nearby. 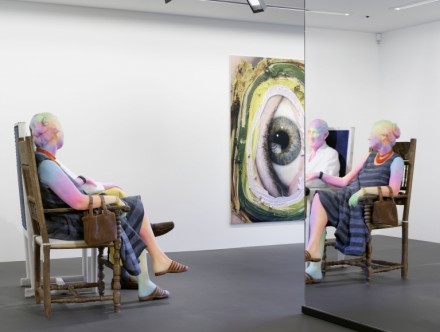 At the Kulm, Sterling Ruby’s work offers a similar instantiation of time-based sculpture, also drawing on fire as a metaphor for transformation, history and place.  His STOVES, large-scale, blocky ovens with towering pipes that push their height upwards of 14 feet, are placed outside the hotel, and occasionally fed with pieces of wood, his pieces transform both raw material into a far less tangible, billowing smoke, while hinting at outdated technology, and the industrial past of the Swiss nation in turn. 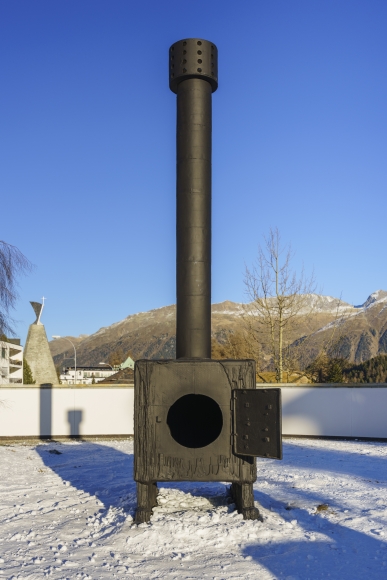 As mentioned previously, Schnabel introduction to the Swiss art world in St. Moritz strikes a noticeably humble note, paying homage to the city’s long history, Bischofberger’s important impact on its art scene, and Schnabel’s attempt to place himself in that same narrative.  While it remains to be seen whether his vision will continue to align itself so closely with the city around him, but his first exhibition here is a strong introduction. 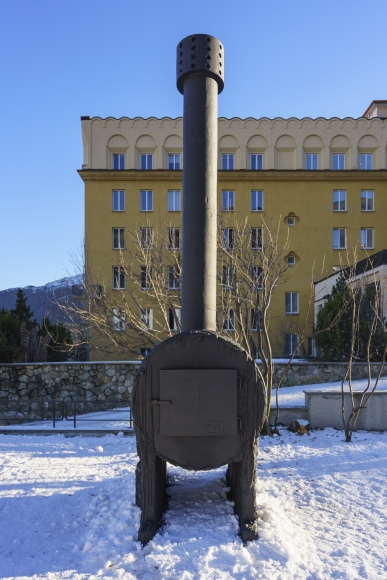 This entry was posted on Saturday, January 9th, 2016 at 12:00 am and is filed under Art News, Featured Post, Show. You can follow any responses to this entry through the RSS 2.0 feed. You can leave a response, or trackback from your own site.