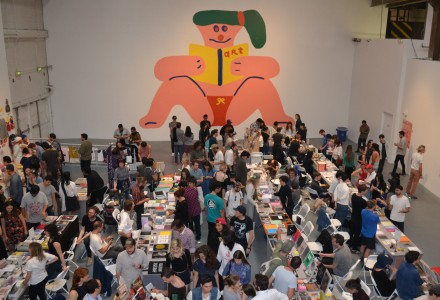 This weekend, MOCA’s Geffen Contemporary space in Little Tokyo opened its doors again for the West Coast edition of the rabidly popular Printed Matter Art Book Fair.  The fourth iteration of the fair in the sunny metropolis, this year’s event saw strong attendance, and benefitted from a staggered scheduling that avoided the bustle of Los Angeles Art Week this past month. 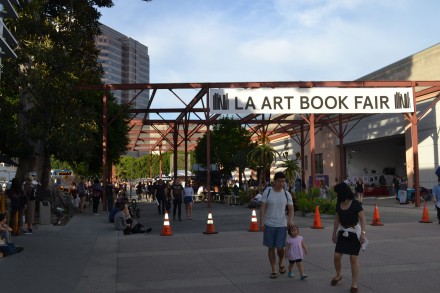 Outside the LAABF, via Thisbe Gensler for Art Observed

The fair brought a decidedly Californian tilt to the concept of the art book fair.  One could pick up a specially-designed drug apparatus by Gary Panter, released in collaboration with Bad Dimensions Press, or longtime Los Angeles artist Mason Williams’s classic work Bus, a full-size drawing of a Greyhound Bus, reissued by Alden Projects and hung up on the walls of the museum. 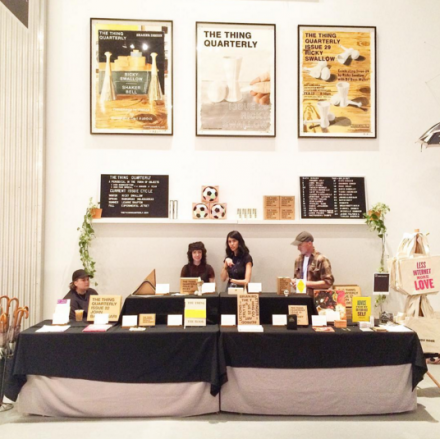 The Thing Quarterly was on hand, offering a selection of past issues from its enigmatic and always engaging body of utilitarian art objects.  Its new issue, designed by Ricky Swallow, is an egg cup, originally, made by the artist using simple materials (paper, tape, etc.) and cast in porcelain, offering a delicate turn on the already fragile material.  Swallow also released a limited edition brass and maple Shaker Bell through The Thing, made in Vienna by the legendary four-generation-old Werkstätte Carl Auböck.  Also on hand was Tauba Auerbach’s Diagonal Press project, which presented a series of the artist’s own prints and books, alongside editioned work and other objects. 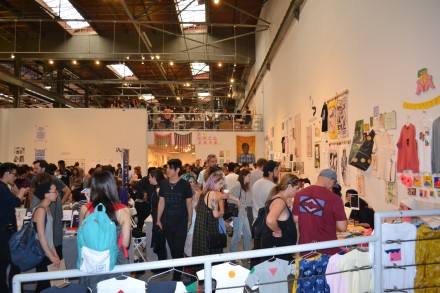 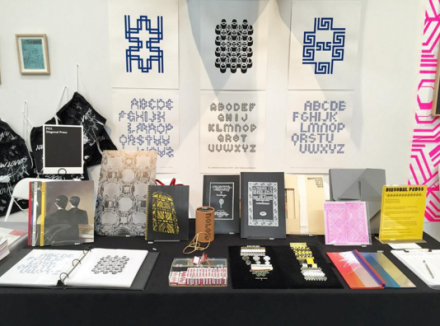 At the Études Studio booth, the Parisian design house and publisher was presenting a recently published book of urban architecture photography by Daniel Everett, which they had released late last year.  Everett was on-site this weekend, signing copies of the work, while Spencer Sweeney had also joined the fray at the Karma International table, presenting a book of his paintings.  Sweeney had also erected a massive mural behind the table, drawing from the same form that appeared frequently in his printed work. 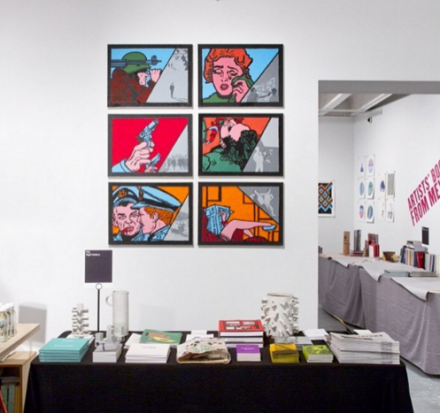 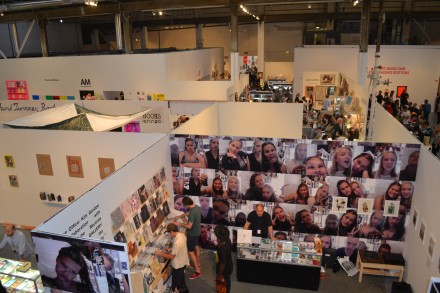 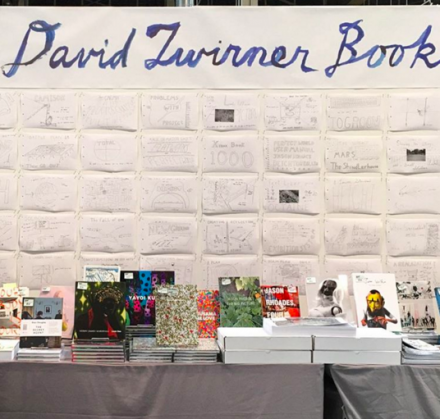 The fair had also returned its “Friendly Fire” section, a selection of booths distributing pamphlets and other politically relevant material that focused on a range of social actions and current events, drawing on the long-running exchange of socially-engaged art and the printed text.  The Black Lives Matter movement was presenting one booth, while artist Richard Bell was also on-hand, presenting a series of politically-charged works from a selection of artists he had curated.  The Guerilla Girls were also on hand, offering their takes on gender and the control of financial interests in the art world.

As the fair closed its doors last evening, many publishers and tables had performed exceptionally well, emphasizing the continued popularity of the fair with aspiring collectors and those interested in smaller works. 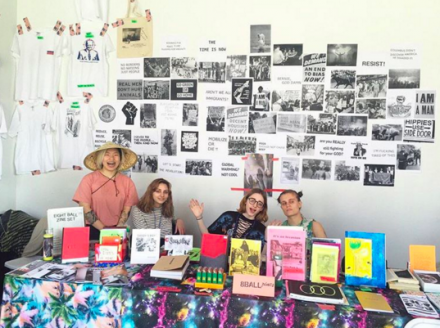 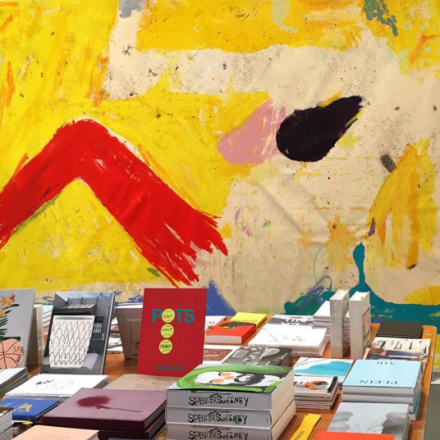 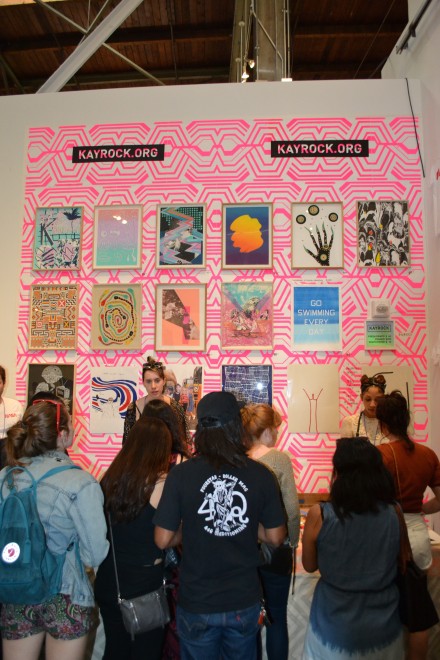 This entry was posted on Monday, February 15th, 2016 at 5:18 pm and is filed under Art News, Featured Post, Show. You can follow any responses to this entry through the RSS 2.0 feed. You can leave a response, or trackback from your own site.