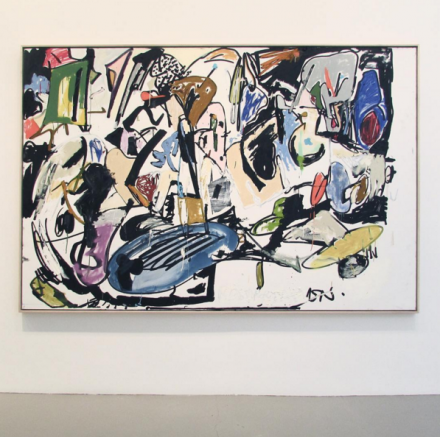 Brooklyn-based painter Eddie Martinez had charted a particularly unique course for himself in recent years, exploring both expressly abstracted compositions and their relationships to more rigid, serial processes in both painting and sculpture.  Trained as both a draftsman and painter, the artist’s dual experience in both meticulously planned composition and free-roving expressionism floats to the surface in his first exhibition with Mitchell-Innes & Nash, on view now at the gallery’s Chelsea location. 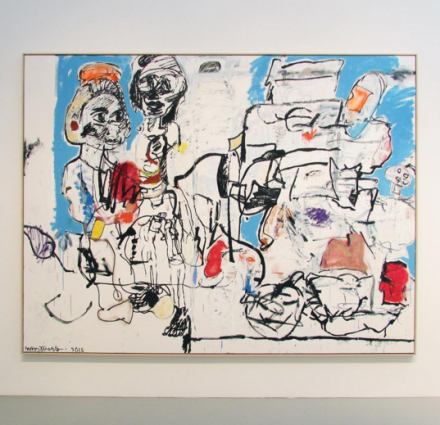 The works here are perhaps Martinez’s most studious to date, careful yet expressive in equal measure, and drawing both on his own capability for gestural innovation while drawing notably on the historical context of his own work.  Faces and bodies surge forth from the masses of compiled brushstrokes, touching on traits and historically resonant movements that feel distinctively at home in the history of New Yorker painters. 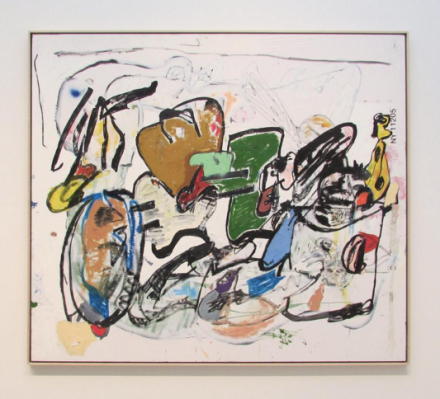 As mentioned, Martinez’s work has often played on its own indeterminate space between spontaneity and formal composition, and here, the work places this gap as a prime focus.  Initially laid out on the canvas as enlarged prints of the artist’s drawings in Sharpie on paper, the pieces are then readdressed as a sort of large-scale repetition of his own work, yet reinvigorated by the addition of color, and his own methods of variation in completing the final piece.  In many of the works, the artist willfully diverges from his outlined structure, executing new pathways and flows of paint that obscure the original concept.  Working between tight adherence and new inflections of color and form, the pieces become an overlaid series of decisions, actions and processes. 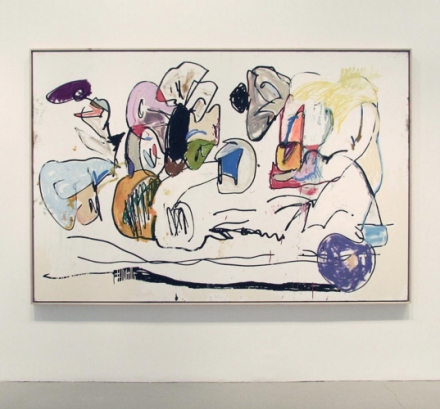 Taking this process into consideration, the pieces at Mitchell-Innes and Nash take on a strikingly narrative quality, as one can study the overlaid strokes of paint, and their relationship to structures beneath them.  Forms and lines repeat at various parts of the process, or are echoed in strangely distended versions elsewhere in the work, a sort of call-and-response formalism that sees Martinez constantly re-evaluating the state of the painting, and the relationship of its respective parts. 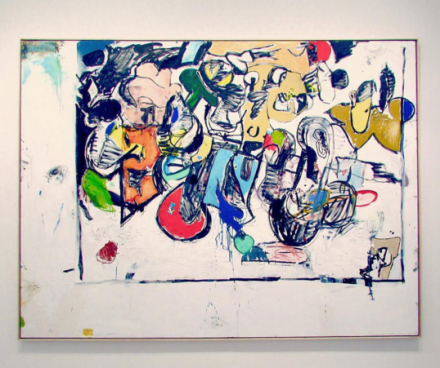 To view Martinez’s work in this light makes for an intriguing exchange with the history of abstraction at large, particularly in a negotiation between his own work and that of his forbears.  Allowing such a wealth of entry points for outside influence and stylistic variation in a process that is, to a certain degree, both open-ended and self-aware, a fittingly prescient statement on both the lineage and present state of painting in New York in 2016. 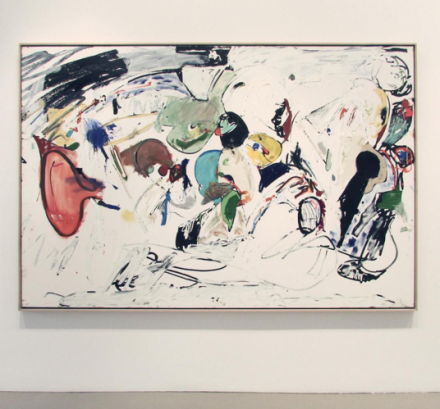 This entry was posted on Thursday, February 25th, 2016 at 12:00 am and is filed under Art News, Featured Post, Show. You can follow any responses to this entry through the RSS 2.0 feed. You can leave a response, or trackback from your own site.